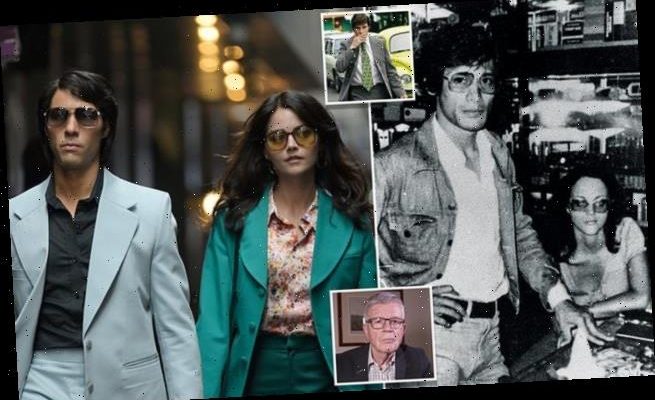 The Dutch diplomat who helped capture serial killer Charles Sobhraj has revealed how difficult it was seeing the killer living a life of luxury after being released from prison in India.

Sobhraj, known as The Serpent, whose story was recently revisited in the BBC series of the same name, drugged and killed at least a dozen Westerners on the Hippie Trail in Asia in the 1970s.

He was jailed for murdering a French tourist in India in 1976 and then escaped from prison, knowing that additional time served when he was re-arrested would mean the 20-year warrant for his arrest in Thailand would have run out by the time he was released.

Former diplomat Herman Knippenberg, who helped exposed Sobhraj as a multiple killer has revealed how difficult it was seeing the killer profit off his crimes while living in Paris after leaving India.

Appearing on Loose Women, Knippenberg  said: Sobhraj would ‘organise and orchestrate lunches in which rich foreigners, mainly Americans, would be paying thousands to have the privilege of having lunch with a serial killer, which from a moral point of view I thought was disgusting. 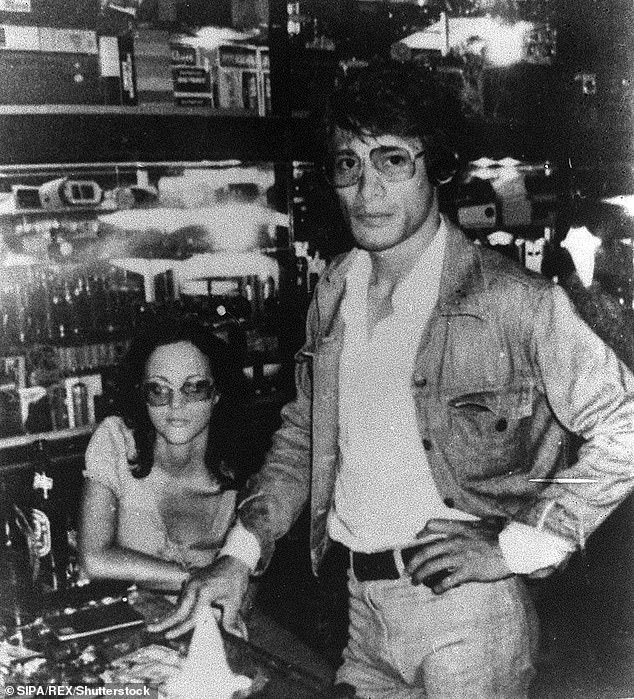 Sobraj, pictured with accomplice Marie-Andrée Leclerc in 1986, was known as The Serpent because of his skills at deception and evasion, he drugged and killed at least a dozen Westerners on the Hippie Trail in Asia in the 1970s 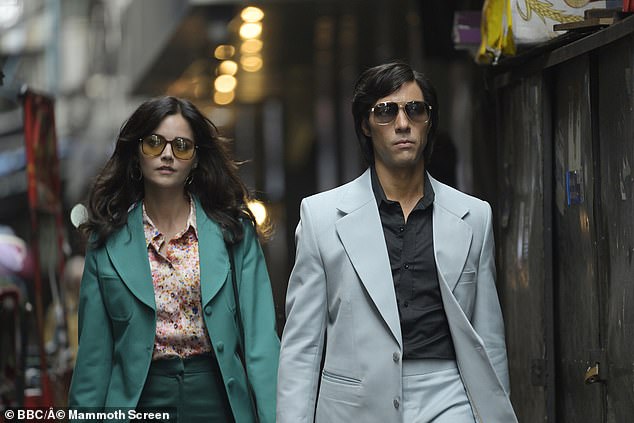 The story has been re-told in BBC One crime drama The Serpent. Pictured, Jenna Coleman and Tahar Rahim as Marie-Andrée Leclerc and Sobraj

Nicknamed ‘The Serpent’ because he always managed to evade capture, Sobhraj was held at India’s top security Tihar jail from 1976 to 1997.

Before his sentence was due to end in 1986, he threw a party for the guards and drugged them with sleeping pills to escape, only to be arriest in Goa following a nationwide manhunt by police in India.

He knew that there was a warrant for his arrest in Thailand, where he could face the death penalty, and banked on being locked up in India for another decade.

His plan worked and when he was released in 1997, with no country to extradite him to, the Indian authorities allowed him to return to Paris where he lived in luxury promoting his infamy. 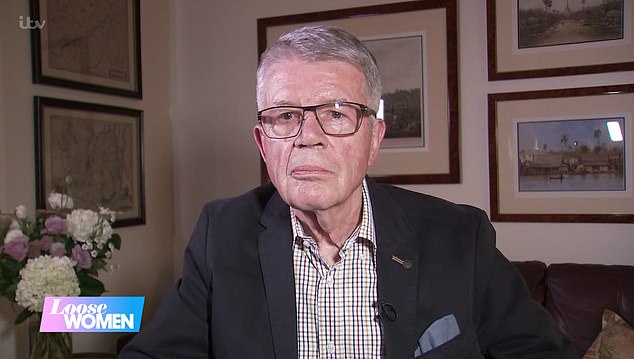 Former diplomat Herman Knippenberg, who helped exposed Sobhraj as a multiple killer, after the initial attempts to bring him to justice, appeared on Loose Women today 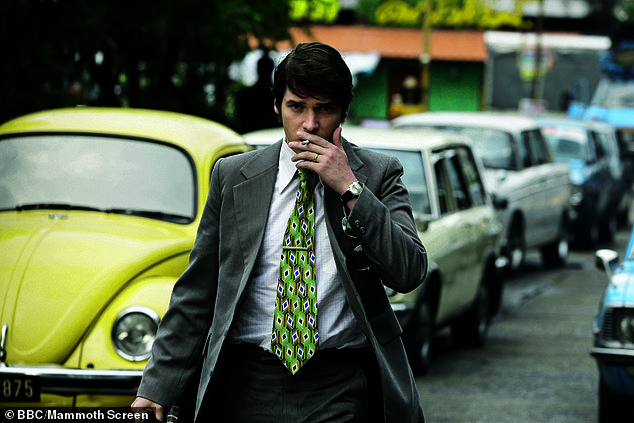 His story has been told in eight-part drama BBC One drama ‘The Serpent’, with Knippenberg being taken on by British actor Billy Howle (pictured in the show) 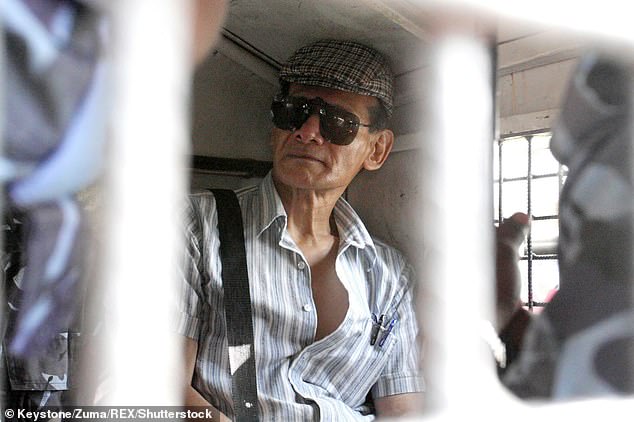 Sobhraj, who is now aged 76 and serving his life sentence in Nepal, had already spent 20 years in prison for a string of crimes, including murder and robbery

When asked whether it was difficult seeing Sobhraj profiting off his crimes in Paris, Knippenberg said: ‘Very much so.

‘But given the fact we could not touch him or he had escaped for the time being from Thailand where we were still looking for him, for me and others in the action committee it was very difficult to take.’

Knippenberg’s hunt for the killer started in 1975 with a brief to help Thai police investigate the deaths of the two Dutch students who had been invited to Thailand after meeting Sobhraj in Hong Kong.

He launched his own investigation and gained permission to enter Sobhraj’s home, after the suspect had left for Malaysia. 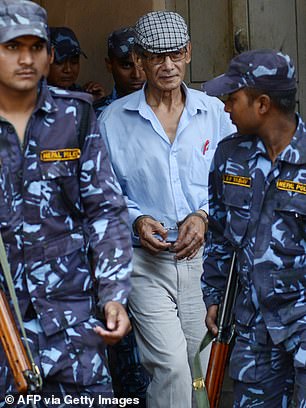 Jailed: Charles Sobhraj (pictured in 2014 with Nepalese police) preyed on Western tourists visiting Asia and was known as The Serpent and The Bikini Killer

There he found victims’ blood-stained documents and passports, as well as poisons and syringes.

A sighting of Sobhraj in Kathmandu in 2003 led to his arrest for the murders of two Canadians there in 1975, and at his trial the prosecution relied on evidence accumulated by Knippenberg.

His story has been told in eight-part drama BBC One drama ‘The Serpent’, with Knippenberg being taken on by British actor Billy Howle – who he says does an excellent job of portraying the character.

‘I think that Billy Howle did a fantastic job’, said Knippenberg, ‘It was so real at times, some of the scenes I saw.

‘I was gripped myself and had to make up my mind whether indeed it was as Billy Howle played it or as I had experienced it, it came dangerously close.’

Until now, Knippenberg has not publicly spoken about his role in capturing the killer, but says he took part in the drama to warn young travellers of danger while on abroad.

He said: ‘It would give me the chance to extend a warning to travellers, they have to be careful because in paradise there may be the serpent lurking somewhere.

‘It’s absolutely necessary when someone goes to other countries they are careful about meeting people.’

In the drama, Billy Howle’s character is see visiting the morgue to see the bodies of Sobhraj’s victims, with Knippenberg confirming this was the visit that made him determined to help catch the killer.

‘That was the moment I decided’, he said,  ‘It was absolutely imperative to stop the killings.  As I have said to friends before, even if it was not in the parameters of my work, if I could make the difference I felt in that moment I could and I would’.

Sobhraj later inexplicably returned to Nepal in 2003, where he was arrested, tried, and received a life sentence. 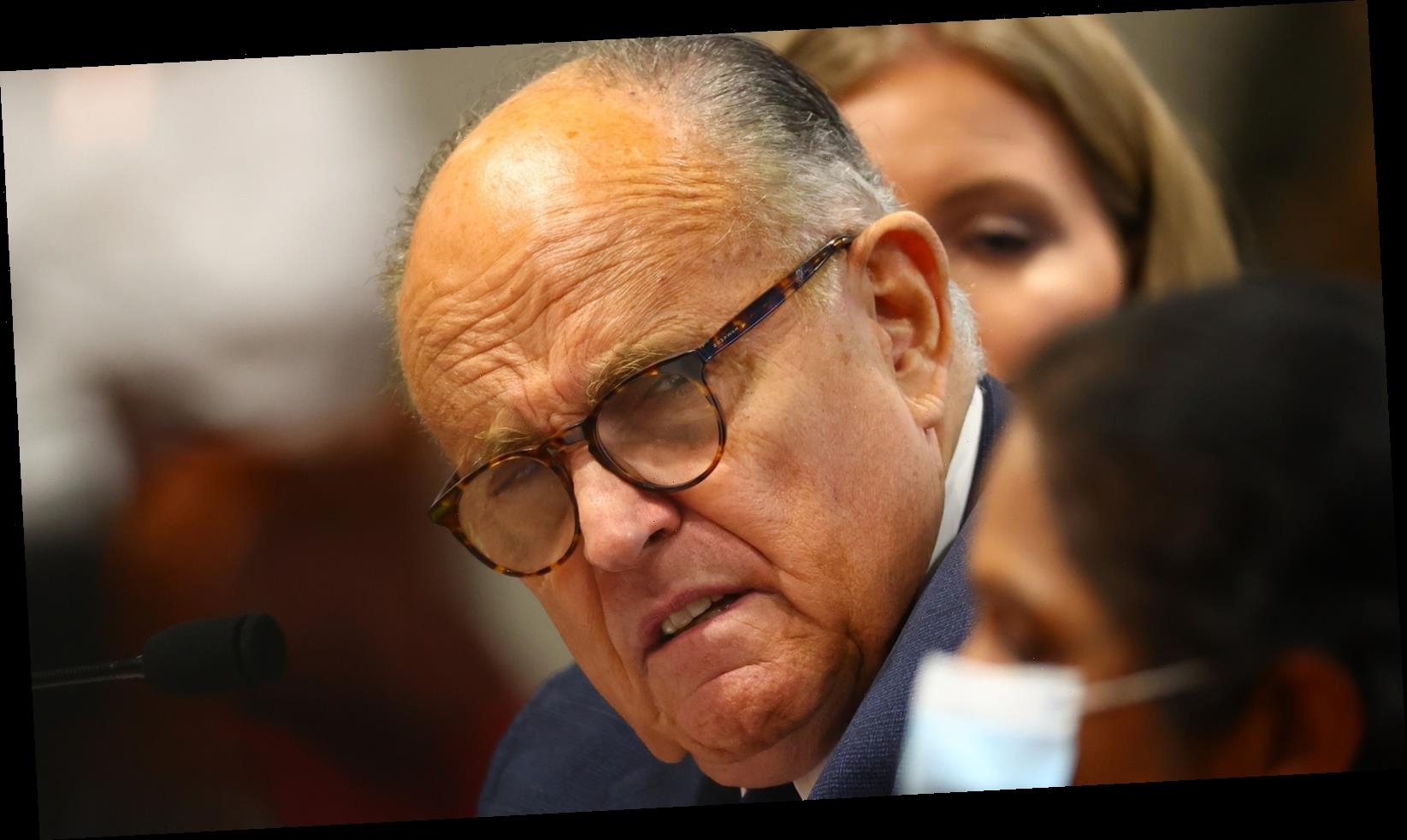