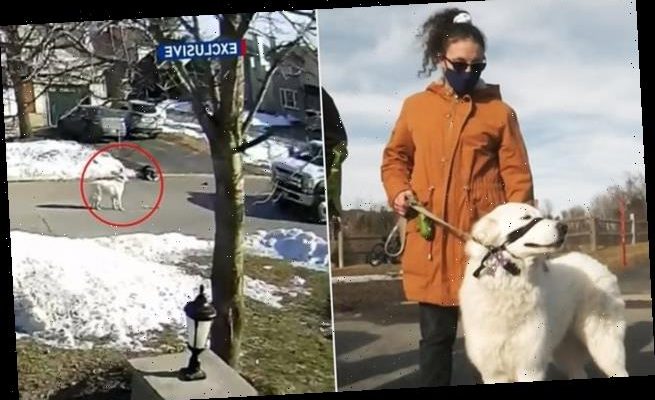 Real-life Lassie! Heroic dog stops traffic to get help for her owner who suffered a seizure on their walk and collapsed on the side of the road

A Canadian woman was saved by her family’s dog who stopped traffic and got her help after she suffered a seizure during their morning walk.

Haley Moore was strolling through her neighborhood in Stittsville, Ottawa, with her one-and-a-half-year-old rescue dog, Clover, on March 16 when she collapsed and started seizing, CTV News reported.

‘All I remember is waking up in the ambulance and being really confused, just like what is going on,’ Haley told the news outlet. 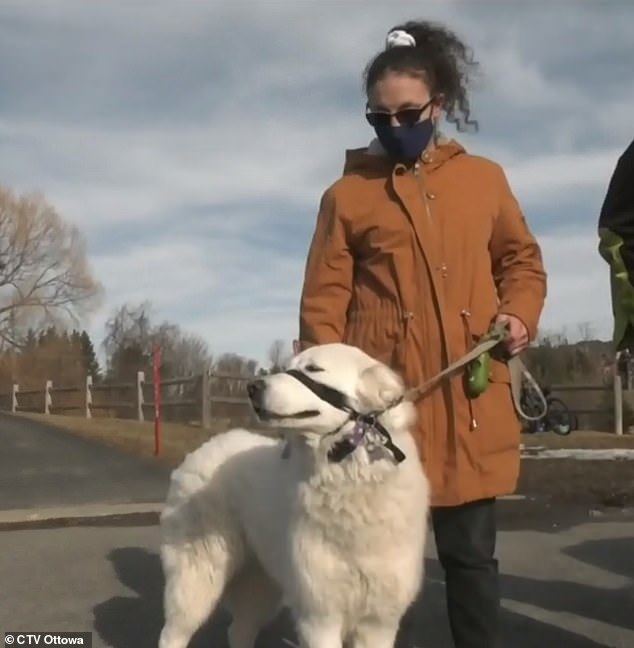 Furry hero: Haley Moore from Ottawa, Canada, was rescued by her one-and-a-half-year-old dog, Clover, after she suffered a seizure 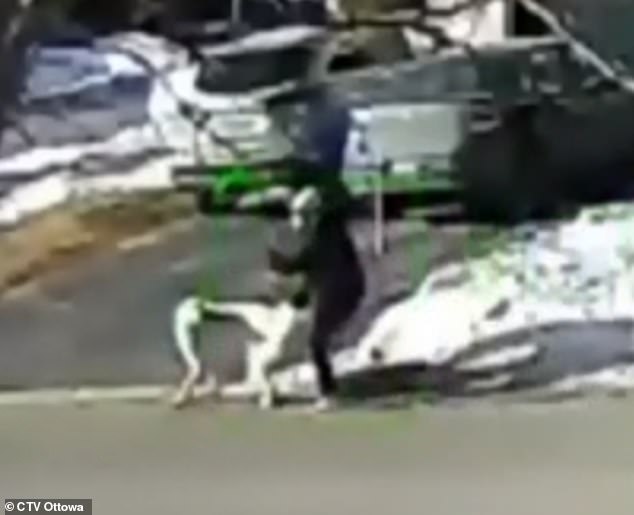 Scary: Haley was taking Clover on a morning walk in their Stittsville neighborhood on March 16 when she passed out and started seizing 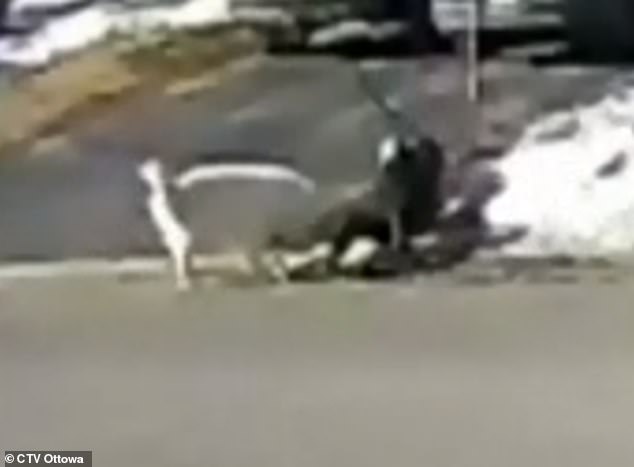 A neighbor’s security camera captured the moment that Haley passed out on the side of the road, prompting Clover to come to her rescue.

In the footage obtained by CTV News, the quick-thinking dog can be seen checking on Haley and watching as a passing vehicle drives by.

The Maremma mix then springs into acting, freeing her leash from Haley’s grasp and walking into the middle of the street to block the path of an oncoming truck, forcing driver Dryden Oatway to stop and help.

‘It was really impressive. The dog actually blocked my way. She kind of backed into the road to block my truck,’ the 21-year-old told CTV News.

‘The whole time she was backing down the street she had eyes on [Haley], didn’t look away from her,’ he added. ‘She kept her distance from me but made sure her owner was okay and that was amazing.’

While Clover kept watch, Dryden frantically rang the doorbell at a nearby neighbor’s home before returning to care for Haley.

The dog soon caught the attention of another neighbor, Danielle Pilon, who jumped out of her Jeep to help.

‘You could tell [Clover] didn’t want to leave her even when we were with her, but I think it just came to her that she was like, “I need to go home to let them know she needs help,”‘ she told CTV News. 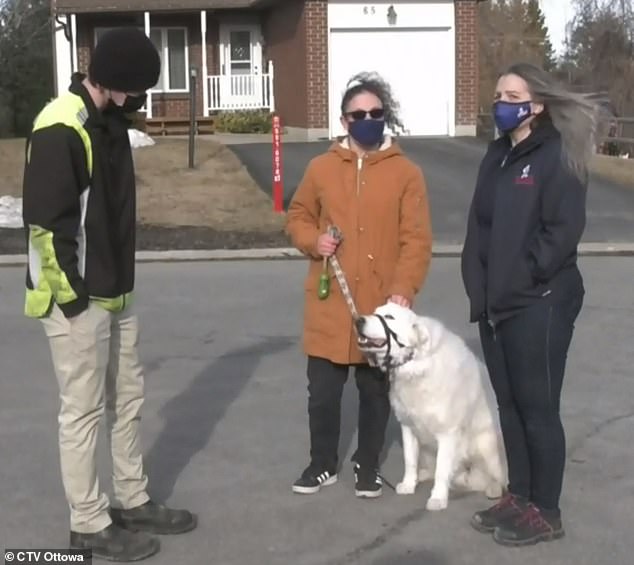 Rescue team: Clover also got the attention of neighbor Danielle Pilon. Haley is pictured with Dryden, Danielle, and her beloved dog 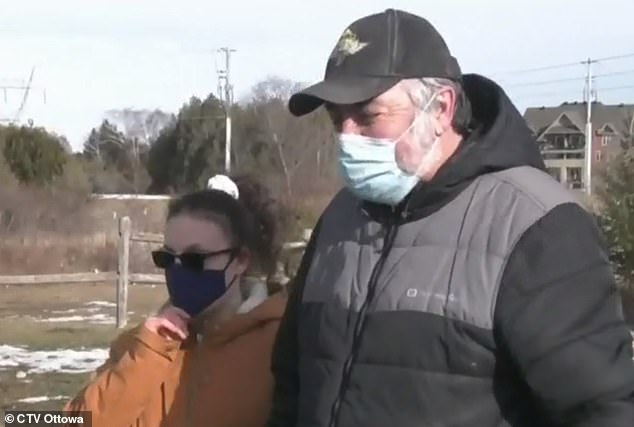 Protector: Haley, pictured with her father, Randall Moore, doesn’t know why she had the seizure, but she feels better knowing that Clover is looking out for her 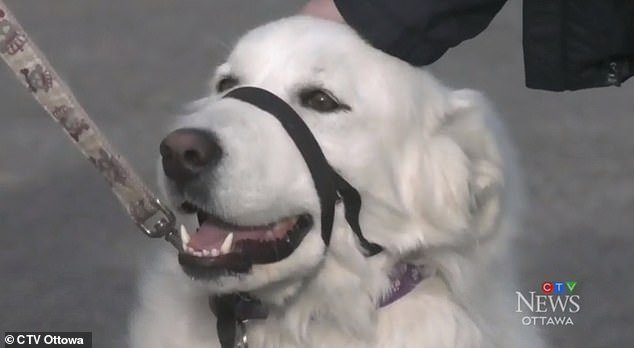 Pooch of the hour: The Moore family has been treating Clover like a hero since the rescue

Clover went with neighbors to alert Haley’s family, and by the time her parents — Randall and Diane Moore — arrived at the scene, she was being treated by paramedics, according to the outlet.

‘Watching Clover do what she did, making sure she was taking care of her human sister and going to the extreme…she basically put her life on the line for her girl,’ Diane said.

The Moore family still isn’t sure what caused Haley’s sudden seizure, but they feel better knowing that Clover is looking out for her.

‘If this ends up happening again, I feel 10 times safer, and I know she will be there for me,’ Haley said, adding: ‘You know how good animals are and she’s a really amazing dog and I love her to death.’