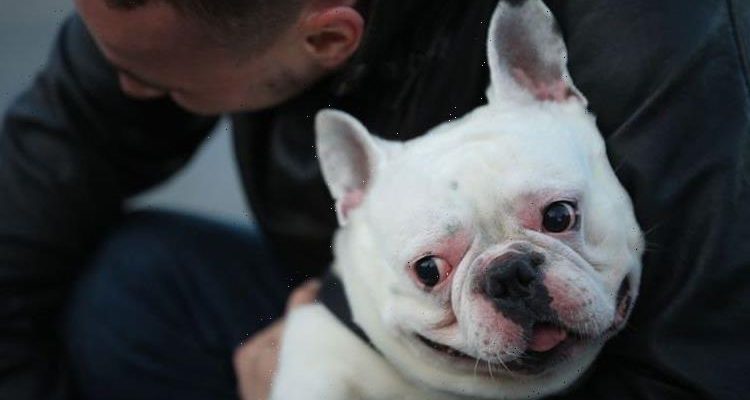 A new study has concluded certain dog breeds struggle more with eye contact than others – a trait which is reportedly determined by their physical features as opposed to personality. Hungarian scientists carried out the study by examining 130 family dogs to determine the role eye contact plays in the relationship between the animal and humans.

The length and width of the dogs’ heads were measured as this impacts their vision, according to previous research.

Prior to the study, the team of scientists believed that dogs with eyes on the side of their heads can see a wider range, meaning that they lack concentrated focus despite seeing a wider range.

They also thought that long-nosed pooches would be more easily distracted for similar reasons, making it more difficult for them to look directly into the eyes of a human.

The scientists tested this by recording the length of time each dog took to make eye contact with a stranger and then looking at this in relation to the nose and head measurements. 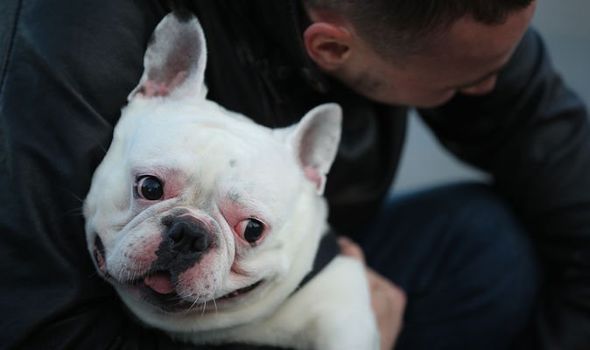 They found that dogs with longer noses were less likely to make eye contact and those with flatter faces were more likely to.

After 15 seconds, about 80 percent of dogs with longer noses had made eye contact, compared to 90 percent of those with flatter faces.

There were also dogs that made no eye contact whatsoever, with one even having to be removed from the study because it was too shaggy to deliver reliable results on its vision.

The findings were published in Scientific Reports on April 29, being part of the wider European Research Council funded Senior Family Dog Project.

Zsófia Bognár, Ph.D. student, first author of the study, said: “One hundred and thirty family dogs were examined at the Department of Ethology, Eötvös Loránd University. We measured the length and width of their heads because this is related to their vision.

“The boxer, bulldog, pug, and snub-nosed dogs, in general, have a more pronounced area centralis in the retina, so they can better respond to stimuli in the central field, which may make it easier for them to form eye contact with humans.

“In contrast, long-nosed dogs, such as greyhounds, see a wide panoramic image because the nerve cells that process the visual information distribute more evenly in their retina. Therefore, if they have to focus on the center of their visual field, they may be distracted by visual stimuli from the periphery more easily.

“It is likely that they see the human face more sharply because of their special retina, but it is also possible that their owners gaze at them more often as their facial features resemble a small child, a powerful cue for humans. Because of this, dogs with shorter noses may be more experienced in making eye contact.”

However, dog lovers criticised the study’s conclusions since its release yesterday.

One said: “My dog-dog with a long snout *just* looked me straight in the eyes, wondering why he isn’t getting another treat right now.”

Another added: “Well that’s rubbish, that’s what the head tilt is for.. They tilt their snout out of the way so they can see you better..”

A third said: “Experiments into the eye-contact of different dog breeds? What a fantastic waste of money.”