A doctor has accused a car insurance provider of sexism after the company sent out a letter querying her direct debit payments.

Dr Bushra Gilchrist from Cheshire took to Twitter to share a letter she received after renewing her car insurance with Hastings Direct.

Alongside the post, the doctor wrote: ‘Interesting to know that @HastingsDirect haven’t realised that women can be doctors too.

The insurance company later replied, claiming the error had been caused by an automated reply. 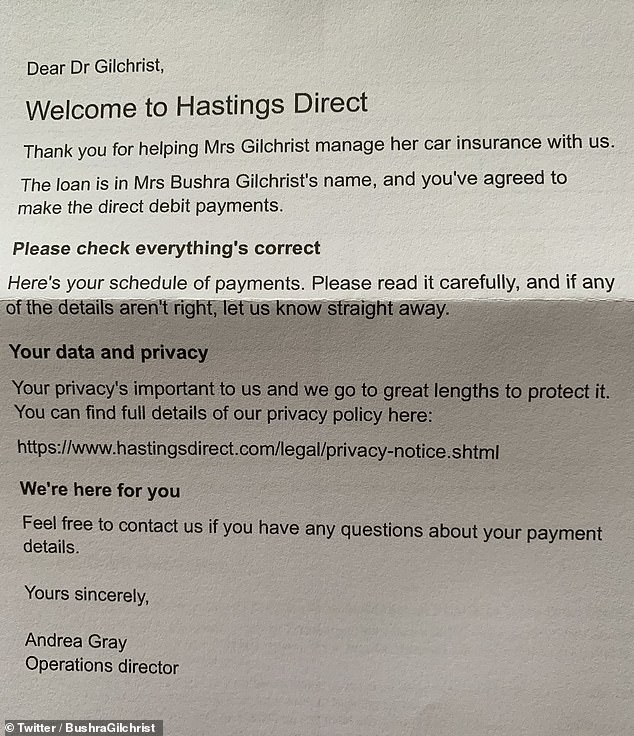 Social media users rushed to comment on the post, with one asking: ‘Wow. Are we still in the 1950s?’

Others claimed that they would no longer be taking out insurance with the company due to the error.

In the thread, a representative from Hastings Direct explained the error was due to an ‘oversight’.

The company said: ‘Hi Bushra, I’m terribly sorry to see this oversight in our correspondence to you. 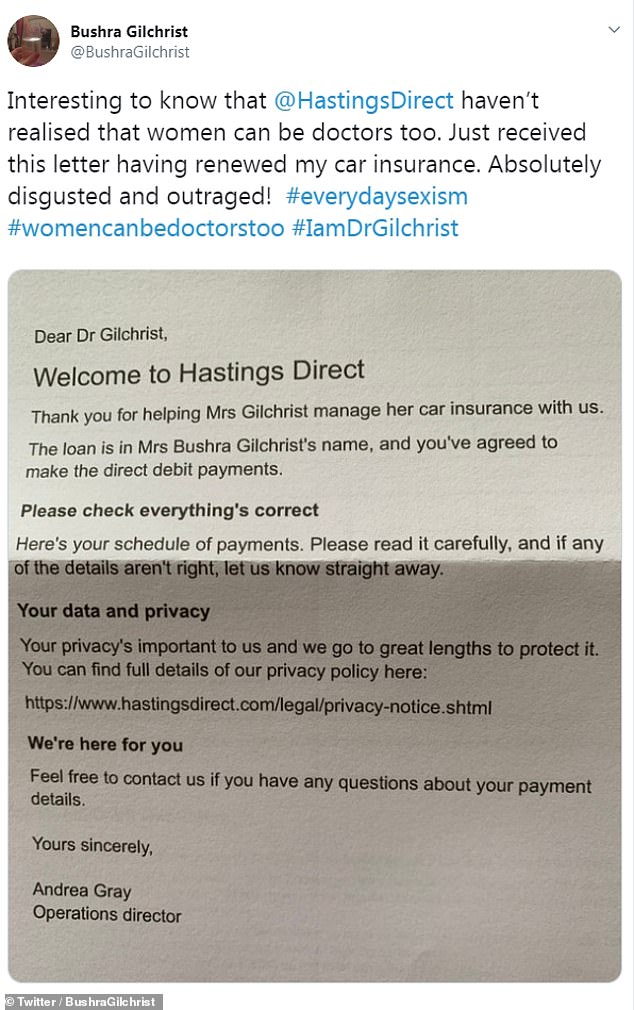 ‘These are automated replies so it seems to be an oversight on our behalves. I will pass this to the relevant team and thank you for bringing it to our attention.

‘If we have your title as Miss/ Ms/ Mrs on your policy and your payment details contain the title of ‘Dr’ , our system automatically thinks a different person is paying on your behalf. As mentioned we are looking into this.’

Hastings Direct later added that the system had automatically picked her up as being two different people.

The company said: ‘Hi Bushra, we can see it’s due to your policy being taken out under “Mrs” but your payment (the name with your bank) is “Dr”, our system thinks you’re two people. We’re working on fixing this.’

Social media users rushed to the comments of the post to express their opinion on the controversial letter, with one asking: ‘Wow. Are we still in the 1950s?’

Dr Gilchrist replied: ‘there’s no facility in the application process to enter “Dr” as one’s title. Something as simple as this would have alleviated all the hassle’.

A representative for Hastings Direct has been contacted for comment.

Social media users were not impressed by the error, with one writing: ‘Wow this is unbelievable! Currently insured with these idiots and won’t be renewing… also sharing on doctors forums…’

Another commented: ‘Wow. Not impressed. Need to renew my car insurance soon and I know where I won’t be taking my NHS salary!’

And a third added: ‘This is utterly ridiculous. Companies in the UK need to have much better policies above this casual everyday sexism #neverinsurewithhastingsdirect’. 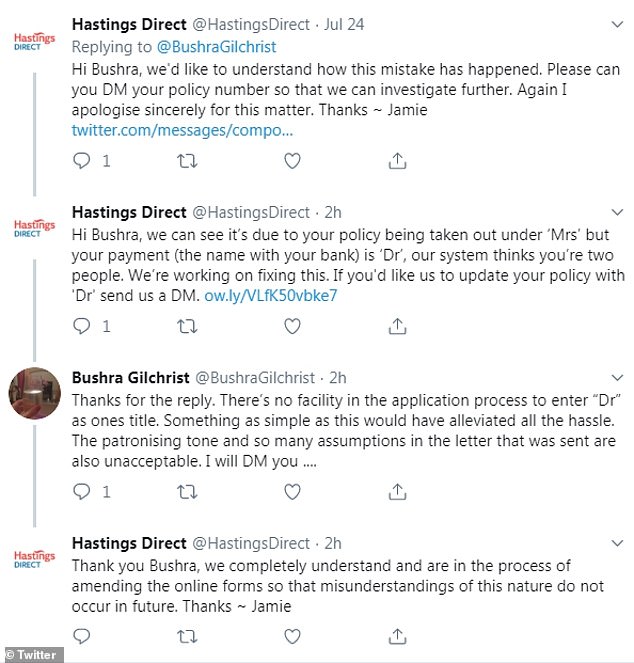 In the thread, a representative from Hastings Direct explained the error was due to an ‘oversight’ in automated replies