The Walt Disney Co. unveiled plans Thursday to expand its existing Southern California theme park with the creation of a dining and hotel district, among other proposed upgrades.

In a statement, the company said it plans to seek approval from Anaheim city leaders to allow Disneyland to "be more flexible" in how it uses its current 500-acre property as part of its Disneyland Forward project, Theme Park Insider reported.

The plan calls for new attractions, shop restaurants in undeveloped areas of the park, though no specifics were mentioned. Disney stressed that it will not ask for public funding to support the project.

"With these updated approvals, Disneyland Resort can continue to invest and be an industry leader in bringing first-of-a-kind offerings to Anaheim, which in turn will create thousands of new jobs and help support Anaheim's funding for important services such as fire, police, and public schools," a Disneyland statement said. 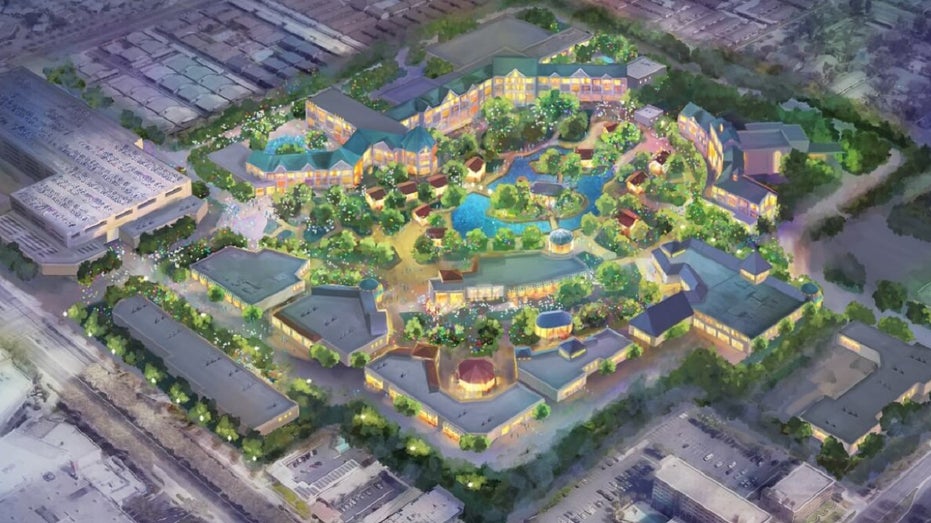 Under the plan, Disneyland, Disney California Adventure and Downtown Disney could be expanded onto areas of the resort that is being used as a parking lot.

Disney did not specify what new attractions that could be in the pipeline but described some that have been added over the years, including those based on several Disney films" "Frozen, "Peter Pan" and "Tangled." It said new attractions coming to Tokyo DisneySea could be an inspiration of what it is to come to the Anaheim resort.

The plan would call for the Anaheim City Council to redraft a specific plan approved in the 1990s that allowed certain areas of the resort to house hotels, attractions and parking lots. Disney Forward would require city leaders to overhaul that plan. 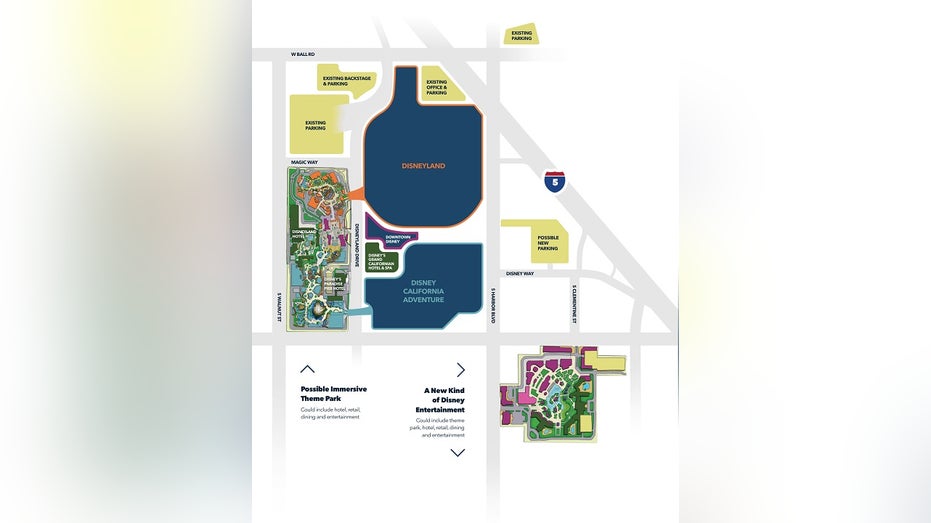 Anaheim Mayor Harry Sidhu has been briefed on the plan, his spokesman told the Los Angeles Times.

“I welcome fresh thinking about how the Disneyland Resort evolves and how we best maximize this resource for our city,” Sidhu said in a statement.

Disneyland and Disney California Adventure have been closed since March 2020 amif the coronavirus pandemic. Disney recently announced both parks will reopen on April 30.