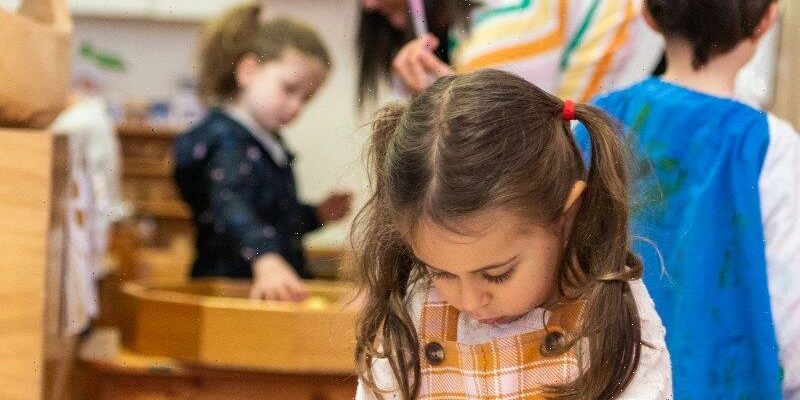 More childcare centres are operating without enough qualified early childhood teachers because of a worsening staff shortage that could undermine the federal government’s pledge to make childcare more affordable.

The latest data from the national early childhood education regulator reveals that 8.1 per cent of childcare providers operated with a staffing waiver in the first quarter of 2022 because they could not meet the legal requirement for suitably qualified early childhood teachers on staff. Four years ago, the figure was 3.9 per cent. 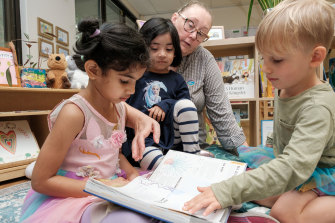 More than 8 per cent of early learning providers were given a staffing waiver this year so they could legally operate.Credit:Oscar Colman

A further 3.1 per cent of service providers received a waiver because the physical environment of their centre was not up to standard. Four years ago, that was 2.3 per cent.

Long day care centres, preschools and kindergartens are required by law to have a certain number of qualified early childhood teachers, based on the number of children being educated or cared for.

Centres that cannot meet this staffing obligation need a waiver from the Australian Children’s Education and Care Quality Authority.

Jobs data indicates the shortage is likely to get worse, and could affect the sector’s ability to deliver on the Albanese government’s promise to lower childcare costs, which is, in turn, expected to increase demand.

National Skills Commission data also shows that in May, the number of vacancies in early childhood education and care hit a record 6648 positions. The figure has more than doubled in the past three years.

“More services have been struggling with some of the requirements to have a certain percentage of your educators with a diploma qualification because there’s just not enough educators out there,” Cherry said.

He said attrition was also a serious problem for the sector, with many qualified early childhood educators moving on to better paid careers elsewhere.

“We have a shortage of early childhood education and care workers now and this is expected to get bigger,” he said.

Early childhood educators are planning to strike on September 7, highlighting low pay and poor conditions. Hundreds of centres around Australia are expected to have to close on that day.

“There is such long-standing evidence that shows there is a qualitative difference in how a university-qualified early childhood educator interacts with children,” she said.

“It’s a tragedy, really, that we can’t find the qualified early childhood educators to fill that growing gap,” she said. “The child misses out, the family misses out, and the community misses out in the end.”

Mitchell Institute education policy fellow Dr Peter Hurley said that if providers were to meet the demand that is predicted to be generated by the Albanese government’s cheaper childcare policy, it was inevitable that overall investment in the sector would have to rise.

“The thing about childcare is that investment pays off in other ways,” Hurley said. “By freeing up people who want to work, it means they earn more and generate more tax receipts, so it defrays the cost.”

The waiver data reveals that Victoria is the best performer with just 2.2 per cent of service providers in need of a staffing waiver.

In NSW, 8.9 per cent of services needed a waiver and WA was at 12 per cent, while Queensland was the nation’s worst performer with 13.9 per cent.