The death of Debbie Collier — the Athens, Georgia mom whose body was found naked and burned in the woods — has been ruled a suicide.

According to FOX 5 Atlanta on Friday, the Habersham County Sheriff’s Office said an autopsy found that Collier’s death was caused by “inhalation of superheated gases, thermal injuries, and hydrocodone intoxication.” 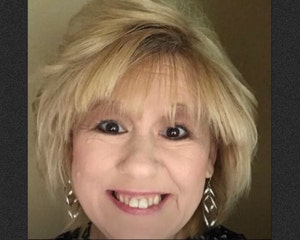 The sheriff’s office released a statement in which they thanked investigators and offered their sympathies to Collier’s family and friends.

The statement added, “The Habersham County Sheriff’s Office would also like to extend our deepest sympathies to Mrs. Collier’s family and friends. It is our hope and prayer that the findings of this investigation provide some form of closure and allow for the healing process to begin.”

On September 11, Collier was found dead — with her body naked and burned — in the Chattahoochee-Oconee National Forest, which is a 90-minute drive from her Athens home.

Per an incident report obtained by FOX 5 Atlanta, Collier’s van was found off a highway in Habersham County thanks to attempts by Sirius XM to ping the vehicle. This was one day after Collier sent a chilling text to her daughter, Amanda Bearden, writing, “They are not going to let me go … there is a key to the house in the blue flower pot by the door.” She also reportedly sent her around $2,300 via Venmo. 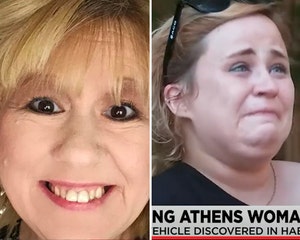 Collier’s husband also reported her missing on the 10th. That same day marked the last time Collier was seen alive as she was seen shopping at a Family Dollar store, per surveillance footage.

“In the video, the victim appears to be calm and not in fear of anything,” Habersham County Sheriff Deputies said of the footage. “All video footage obtained from the store and surrounding businesses reflect that the victim was alone in the van at the time she visited the store.”

Items she bought included a tarp, rain poncho, refillable torch lighter, paper towels, and a tote bag. Collier’s naked body was discovered with burns on her abdomen and a blue tarp was nearby, one of her hands was still gripping the trunk of a small tree. Police say the tote bag was also at the crime scene.

Initially, local police were handling the case as a homicide and later ruled out kidnapping and suicide. However, as previously mentioned, the autopsy concluded that Collier’s death was due to suicide.

Collier’s daughter told authorities her mother did not have a history of mental health issues or suicidal tendencies, but while appearing on the “Crime on the Record” podcast week, she admitted that she believes her mother committed suicide, per FOX 5 Atlanta.