Just two weeks ago, Sha’Carri Richardson was on fire at the U.S. Olympic Trials. Calling special attention to the 21-year-old sprinter was her distinct style—orange hair, fake lashes, and embellished acrylic nails. But Richardson’s Flo-Jo-inspired fashion sense was only part of the reason all eyes were on her. In her post-race interview, after conquering the 100-meter dash, she revealed that her biological mother had died a week before.

Those who saw the viral clip witnessed the very human duality of Richardson—the fourth fastest woman in American history on a path to becoming an Olympian and a 20something with big eyes full of bigger grief. So when news broke that the Texas track star tested positive for THC and would face a 30-day suspension—deeming her ineligible to compete in the 100-meter in Tokyo—those aware of her circumstances sympathized. Some even thought her actions were excusable. Richardson, however, wasn’t asking to be excused.

“I want to take responsibility for my actions,” she said on Today after her 30-day suspension was announced. “I know what I’m supposed to do, and I still made that decision. Don’t judge me because I am human.” Days later, news broke that Richardson wasn’t selected to be on the relay team at the Olympics either. Just like that, her flame was completely extinguished.

Richardson’s case split America in half: Thousands of people still believe she deserves to run at the Olympics; others think those protesting her suspension must accept the consequences of her gaffe, as she herself already has. But whatever your conviction, the implications of Richardson’s suspension are indisputably more dismal than the suspension itself. The Olympics have roiled with racism and racialized sexism throughout history, and it’s clear that Richardson’s situation—in conjunction with numerous anti-Black and misogynistic policies maintained by the International Olympics Committee in the past and present—places the Games one degree closer to burning itself into irrelevance.

Richardson did what she did. Not even I, a Black feminist who was rooting for her success, believe her punishment was precisely racist or sexist. That would be far too loud, too scandalous of all entities involved: the U.S. Anti-Doping Agency, the World Anti-Doping Agency, and the IOC. It’s 2021, after all—53 years after women were freshly allowed to compete in Olympic track events over 200 meters, the same year the “apolitical” IOC ostracized track sensations Tommie Smith and John Carlos for their Black power salutes (the same body that, 30 years prior, failed to bat an eye during the 1936 Berlin Games when athletes embraced the Nazi salute). It’s also 40-something years after the ’80s, the era in which Flo-Jo, the fastest woman in the world, was ceaselessly singled out for rigorous drug testing because numerous male athletes were desperate to believe she was using steroids. That her natural talent as a Black woman was unnatural.

Instead, today, racism alienating Black Olympians is more “understated.” But there’s something about shameful history: It can only repeat itself so many times until it falls out of fashion entirely.

Although Richardson took an L that a white person could be dealt too, it’s hardly lost on anyone that the IOC and WADA’s ongoing censure of marijuana is entangled in a drug war that’s targeted brown and Black people from the jump. Had it not been for the racist criminalization of marijuana, Richardson wouldn’t have to take any losses in the first place and neither would Black male sprinter Kahmari Montgomery, who was suspended for the exact same offense just weeks before her—hell, even Michael Phelps would’ve been able to hit his bong in peace in 2009. 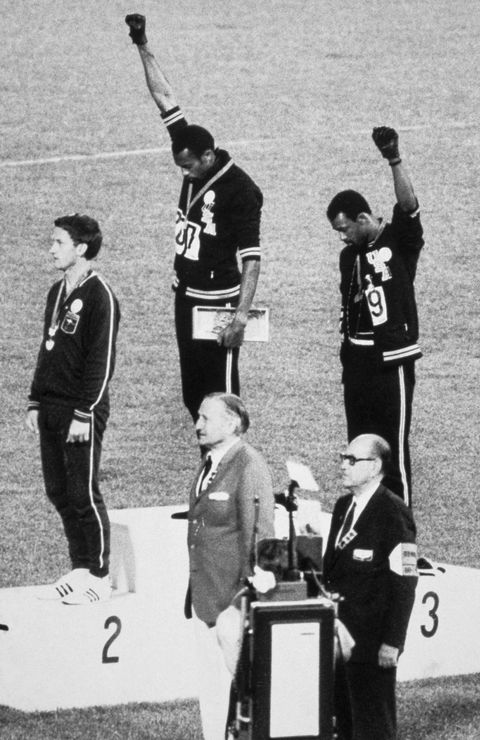 But in an Olympics context, the paradox of systemic racism—that it occasionally ends up framing the white people it was initially set to empower—ends at weed controversy. At the upcoming Games, the IOC has preserved rules it would never call racist or sexist despite such guidelines scrutinizing Black women athletes exclusively. Last week, FINA, the international swimming federation recognized by the IOC, announced it would ban Afro-friendly swim caps in Tokyo because the caps don’t follow the “natural” form of the head.

After copious backlash from the Black community and its allies, FINA is now wisely revisiting the swim-cap ban. But the fact that it was even greenlit in the first place is appalling. Society already hates Black women’s natural hair—in the U.S., more than 20 states failed to pass anti-hair-discrimination legislation protecting Black women in the workplace—and FINA’s ruling is an act of misogynoir, as what is considered “natural” is informed by whiteness, not inclusion. Even more heartbreaking, though, is the message FINA is sending to little Black girls who imagine themselves swimming in the Olympics one day: Conforming to whiteness is not optional. The swim-cap ban is yet another way to ensure the competitive swimming world stays white, as Black children (who, thanks to institutionalized racism, are already far less likely to participate in swim-related sports) stay out.

It’s almost as though the IOC and its numerous related organizations have a fetish for making Black women compete before they compete: They must commit to bending over backward while simultaneously jumping through extra hoops long before the Games even start. Hair is not these organizations’ only concern—bodies are too. To maintain “fair competition” for female athletes, World Athletics (the international association governing track and field sports) regulates women’s natural testosterone levels, mandating that those whose levels exceed 5 nmol/L (nanomoles per liter) cannot compete in several women’s events, such as the 400-meter—that is, unless they take medication to reduce their testosterone levels. 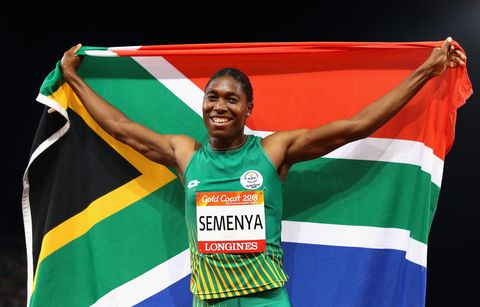 A few women affected by this rule? Eighteen-year-old Namibian sprinters Christine Mboma and Beatrice Masilingi; South African Olympian Caster Semenya, who is currently battling World Athletics’ discrimination in court; and Black American runner CeCe Telfer, who wasn’t even allowed to compete in the U.S. Olympic Trials. Telfer’s case in particular reveals another one of the Olympics’ well-known prejudices: transphobia.

“At what point does a naturally occurring biological phenomenon become an ‘unfair advantage,’ rather is it a matter of ‘for whom’?” asks Zimbabwean American writer and activist Zoé Samudzi. The IOC and its governing tentacles posit their rule books as “race-neutral,” but that lie doesn’t quite work when Black women are punished again and again due to the way those rule books define “natural.”