Royal style sisters! Princess Mary of Denmark rocks a chic trouser suit as Crown Princess Victoria of Sweden is radiant in florals on visit to Copenhagen

Sweden’s Crown Princess Victoria looked every inch the stylish royal as she stepped out in Denmark today.

The heir apparent, 42, was all smiles when arriving at Copenhagen’s UN City today, alongside her husband Prince Daniel, 46, who was pictured later in the day.

They were welcomed by Denmark’s Crown Prince Frederik, 51, and his wife of 15 years Crown Princess Mary, 47, who looked chic in a checked business suit.

The Swedish royal couple are in Denmark to lead a three-day business delegation with the aim of promoting cooperation with the nation, one of Sweden’s largest trading partners. 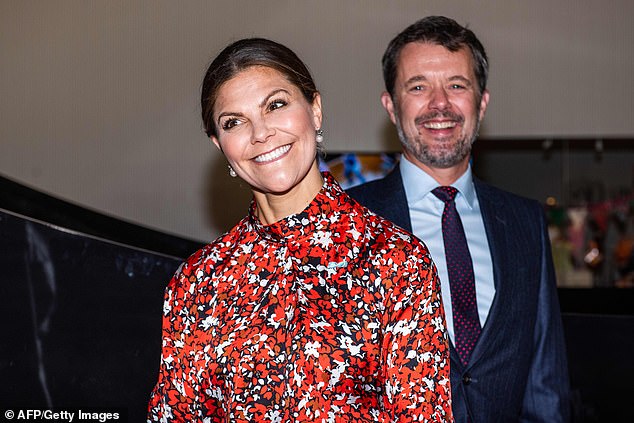 Turning heads with her radiant smile, Victoria proved her style prowess once again with an elegant floral dress.

The white and red number was teamed with a tan belt, offering a cinched waist detail to highlight the royal’s slender frame.

She completed her look with matching high heels and a light cream clutch, while adding a little glitz to the outfit with a pair of drop earrings.

Opting for a minimal makeup vibe and a sleeked back hairdo, the mother-of-two appeared to listen attentively as guests spoke at the event. 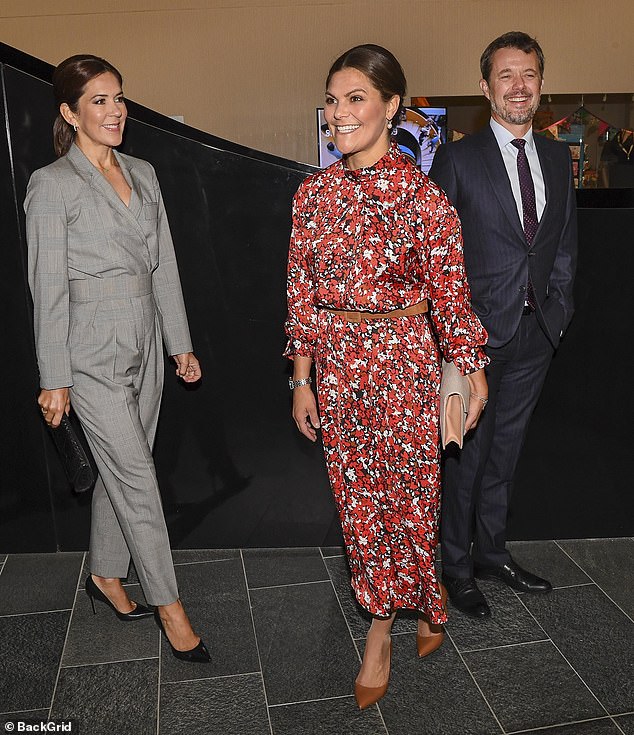 The heir apparent (pictured), 42, was all smiles when arriving at Copenhagen’s UN City today, alongside Princess Mary of Denmark, left, and Frederik, right

They will be visiting several businesses in the nation’s capital, including the Danish Industry’s annual summit and the Swedish-Danish business forum.

In the spring of 2017, the royal couple of Denmark led a similar business visit to Stockholm.

Victoria is the eldest child of King Carl XVI Gustaf and heir apparent to the Swedish throne.

The Swedish King, 73, who is the second-longest reigning monarch in Swedish history, took to the throne in 1973 and survived the country’s landmark constitution the following year, and has an active role in public duties, albeit mainly ceremonial. 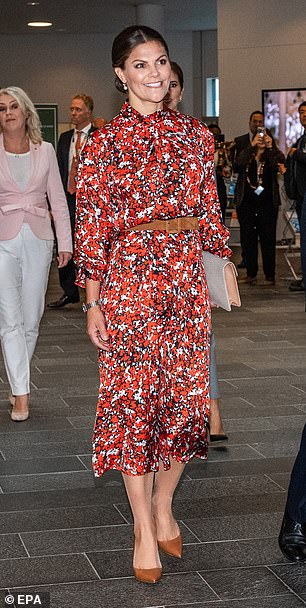 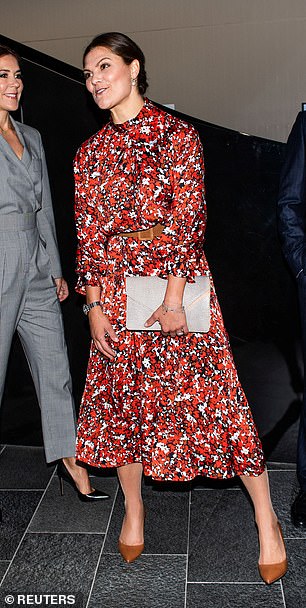 Turning heads with her radiant smile, Victoria proved her style prowess once again with an elegant floral dress 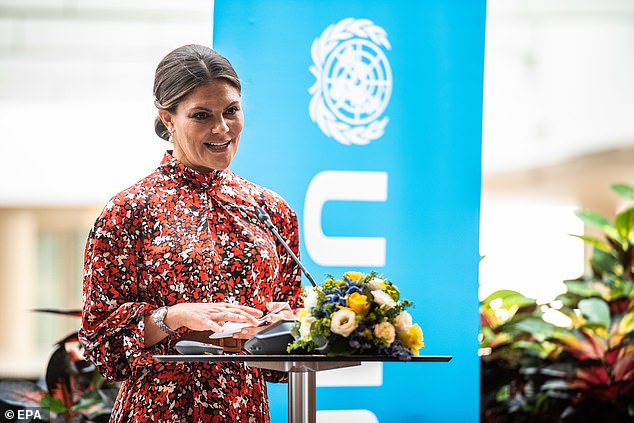 Victoria, who is the eldest child of King Carl XVI Gustaf and heir apparent to the Swedish throne, gives a speech at the event

The King and his wife Silvia, née Sommerlath, 75, a German-Brazilian former flight attendant, have been handing over increasing numbers of engagements to their eldest daughter Victoria in recent years, fuelling speculation that the monarch may abdicate, allowing the Crown Princess to take the throne.

The glamorous Yale graduate, who speaks four languages, was not expected to take to the throne when she was born in 1977 but a change in the law of succession three years later changed that, allowing her to overtake her brother Carl Philip.

In 2010, she married her former personal trainer Daniel Westling, 45, in front of 1,200 guests at Stockholm Cathedral, and have since settled comfortably into public life with their two children, Princess Estelle, seven, and Prince Oscar, three. 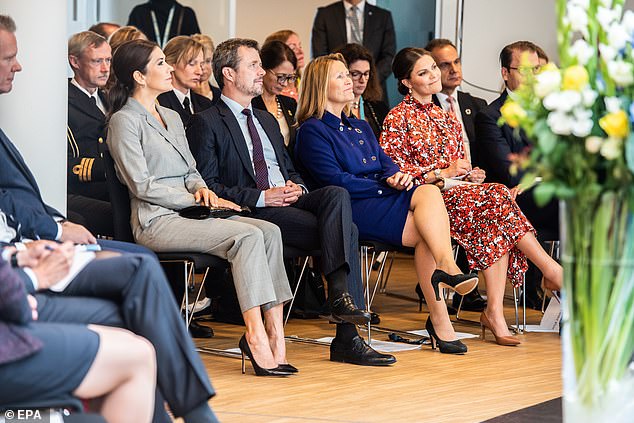 Opting for a minimal makeup vibe and a sleeked back hairdo, the mother-of-two appeared to listen attentively as guests spoke at the event. Her husband can be seen far right