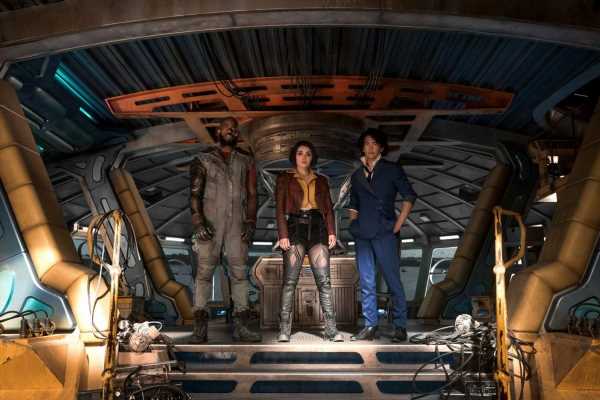 Cowboy Bebop is considered a classic in most anime spaces, and the arrival of Netflix’s live-action adaptation has sparked mixed reactions among longtime fans. If there’s one effect the show’s arrival has had across the board, however, it’s bringing about nostalgia for the original. And with the new series covering similar themes, that’s probably no surprise.

In fact, the dub cast of the original Cowboy Bebop recently came together to celebrate the Netflix release and chat about why the show still resonates with so many. Their consensus? It tackles subjects that are relatable no matter when you watch it.

Although Netflix’s live-action Cowboy Bebop expands upon the story told in the anime, it covers many of the same topics over the course of its first season. From loss and grief to struggling to find one’s next meal, the show strives to recapture the characters’ situations. And arguably, it succeeds on that front, even if it deviates from the source material.

And whether you’re referring to the anime or the live-action series, the original English dub actors believe those themes keep the love for Cowboy Bebop alive. After all, viewers continue to struggle with the same obstacles that characters like Spike Spiegel and Faye Valentine face — just without the bounty-hunting and space-cruising.

The original cast on the ‘timeless’ nature of ‘Cowboy Bebop’

During a video discussion posted to Funimation’s Twitter account, the English dub cast of the original Cowboy Bebop reflected on the show’s success — and why a live-action adaptation might still capture viewers’ hearts. Beau Billingslea, who portrayed Jet Black, believes the story conveys a central human experience.

“Cowboy Bebop, I’m hoping, will have a long, continuing legacy,” Billingslea said, “because there’s a truth to it that examines the human spirit and will be germane in 10, 15, 20 years from now.”

“There are many facets that make it timeless,” Melissa Fahn, who voiced Edward in the English dub, added. “There is the look of it. The music, which we call the fifth character. And I think, also, the characters — who they are and the depth that they have and the nuances — were unlike other anime at the time.”

Wanda Lee, who voiced Faye Valentine, reiterated Fahn’s point about the characters. Specifically, she felt that Cowboy Bebop changed the game for women in anime:

“I think that in many ways these characters broke the mold. Until we got Bebop, most of the characters — especially offered to women — were very stereotypical. And I found myself fighting to branch out.”

Steve Blum wrapped up the conversation by pointing out that Cowboy Bebop is always timely:

“I think it hit at the right time. And now it continues to be shared, and it always seems to be the right time because the content is so strong and so relevant — and in some cases, sadly, always timely. It hits all the notes. And it was probably born of pain and a lot of sweat and a lot of tears and a lot of love that created this show.”

Not all critics enjoyed the live-action take on Cowboy Bebop as much as the anime. However, its arrival had one effect most will agree is positive: it attracted newcomers to the series. Not only are viewers checking out the Netflix show after its release, but many are discovering the anime for the first time. As the original cast members put it, the Bebop crew’s adventures continue to resonate with people. That bodes well for future additions to this world — and anime as a whole.

The anime and live-action Cowboy Bebop are currently streaming on Netflix.