“It’s nice to see this generation be so strong,” says Aguilera, looking back at how “fearless and bold” she was when “Stripped” dropped nearly 20 years ago.

2022 will mark the 20th anniversary of Christina Aguilera’s truly iconic “Stripped,” an album that changed the way we all looked at the former Mouseketeer and “Genie In a Bottle” and allowed her to get real in a way she never had before.

It was an era marked by dark hair, fiercely empowering lyrics, leather chaps and, yes, that infamous on-stage lip-lock with Madonna — and an era that’s still talked about today. In 2016, Kylie Jenner won Halloween by rocking X-Tina’s “Dirrty” getup and, just this month, Madonna made headlines when she compared Lil Nas X’s same-sex kiss at the BET Awards to their VMA performance with Britney Spears. Looking back now, Aguilera has many fond feelings about the “Stripped” chapter of her life — and is thrilled to see how far Hollywood and those covering it have come since.

When TooFab recently spoke with Aguilera ahead of her new partnership with SweeTARTS, we just had to ask what stands out the most when she reflects on the early 2000s and her, in our opinion, absolutely perfect album.

“I think it’s being able to be proud of the body of work. It takes a lot of work to have built a career and been through the years with different forms of being able to entertain and being able to create and do what I love to do and be the artist that I am,” she answered.

“The longer you’re in this business, I think the more respect you’re able to gain, because it takes a lot of work and stamina to sustain everything this business comes with,” she continued. “But as you’re able to do that, you open new doors for yourself because you get to have more say and more control and being able to have that is super super important as an artist.”

She added that it was a time she felt “super supported” by those around her at the time, saying it’s “always good to have that super love around you and to feel that.”

As her partnership with SweeTARTS involves her judging a competition to find the best beat produced via the candy line’s SweetBEATS mixer, Aguilera also explained how some of the music from “Stripped” came together.

“There are songs that just come so beautifully together. Certain songs really inspire you going in, like ‘Beautiful’ per se, that was just such a no-brainer, it just comes so effortlessly,” she said. “A lot of the things on the ‘Stripped’ record — because I hadn’t had my initial say getting my foot in the door with certain songs that have been written for me — it was really nice to be able to jump into the ‘Stripped’ record and do something for me for the first time. So songs like ‘Dirrty’ and ‘Fighter’ and ‘Keep on Singing My Song,’ the closer on the record, those kind of songs, they come natural when they’re just honest. When you can be honest, you can be free and when you’re free you do your best work.” 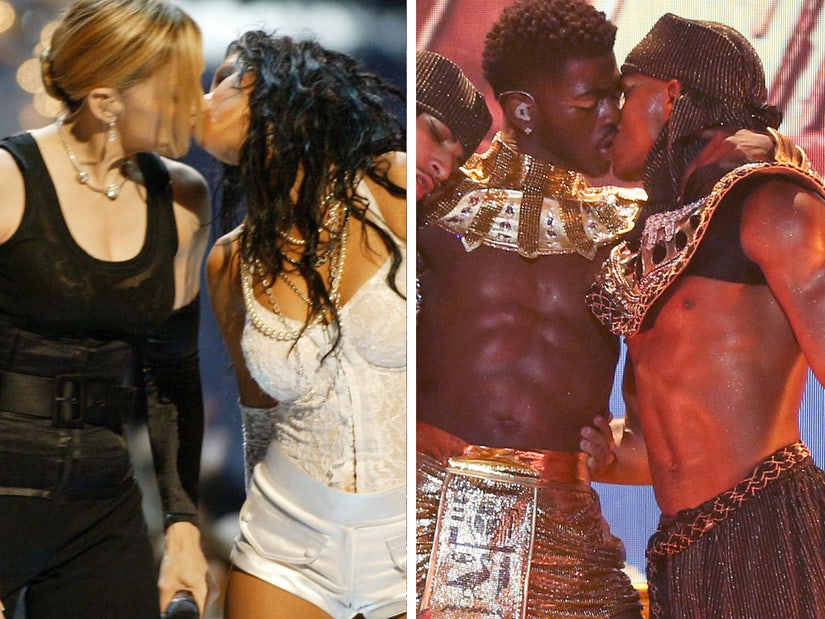 That freedom and honesty is something Aguilera is happy to see oozing out of the latest generation of pop stars, including Lil Nas X, whose amazing, unapologetically queer presence on the scene has been a breath of fresh air. Reacting to some of the headlines and homophobic criticism the rapper received after kissing a male dancer on stage at the recent BET Awards, Aguilera said it seemed like “he handles himself quite well” when it comes to the haters.

“He did really great,” she added. “I mean, it’s hard growing up in this business, I know firsthand, and getting backlash and criticism … you’re under a microscope whenever you’re in this business in general.”

“Just because you’re strong and you present an image of strength that doesn’t mean certain things don’t hurt or the criticism can be a lot and take its toll over some time,” she continued, “but it’s nice to see this generation be so strong and so strong in their own power and the power of their expression. You can’t fault someone or criticize anybody for going through anything that they feel is best in their life.”

Noting she got “a lot of backlash” when the music video for “Dirrty” dropped, she said that when she looks back at that time, she’s “actually so proud of being fearless and bold and talking about the conversation of double standards and women’s rights and empowerment with ‘Can’t Hold Us Down’ and things like that.”

When we noted it seemed like the media was finally catching up when it comes to how celebrities are covered as well, Aguilera agreed, saying it was “actually so refreshing” to see — even though “we broke our backs getting there.”

She added: “It’s nice to see it’s happening for a new generation.” 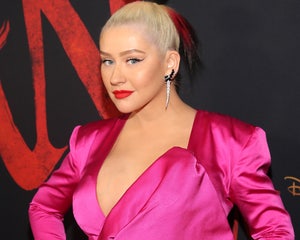