McDonald’s fans have been whipped into a frenzy over the announcement that the fast food giant will be launching new spicy nuggets next week.

The fast-food chain announced it will be rolling out boxes of Spicy Chicken McNuggets all over the UK on Wednesday 7th August, and eager fans can’t wait to get their hands on them.

The bites are a fixture in McDonald’s Australian restaurants and were trialed in the US and Asia last year, but this time they are coming hot from the fryer on to UK plates.

The new item will be on the UK menu for six weeks, and like other varieties they’ll come in boxes of six, nine and twenty, served with a Tabasco dip.

Diners are already drooling, hoping to get a taste as soon as possible, with one eager fan writing that they’re dreaming of the big day, while another said: ‘Spicy chicken McNuggets, l’ll be all over that like a rash.’ 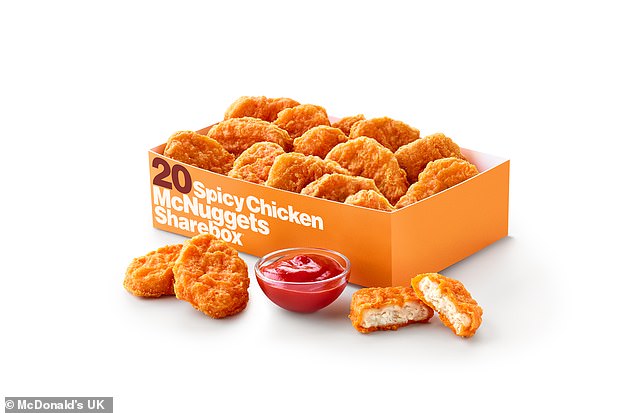 On Twitter, consumers also seemed excited about the prospect of getting their hands on some spicy chicken McNuggets

‘Spicy chicken McNuggets “sharebox” pfffft that’s cute,’ one wrote, hinting they would not be giving away any of the twenty nuggets that come in the restaurants’ share boxes.

‘I had a dream about the McDonald’s spicy chicken McNuggets,’ a McDonald’s fans wrote.

UK Youtuber Mark Ferris got to try to nuggets during Y Not Festival over the weekend and got his fans hyped for the release. 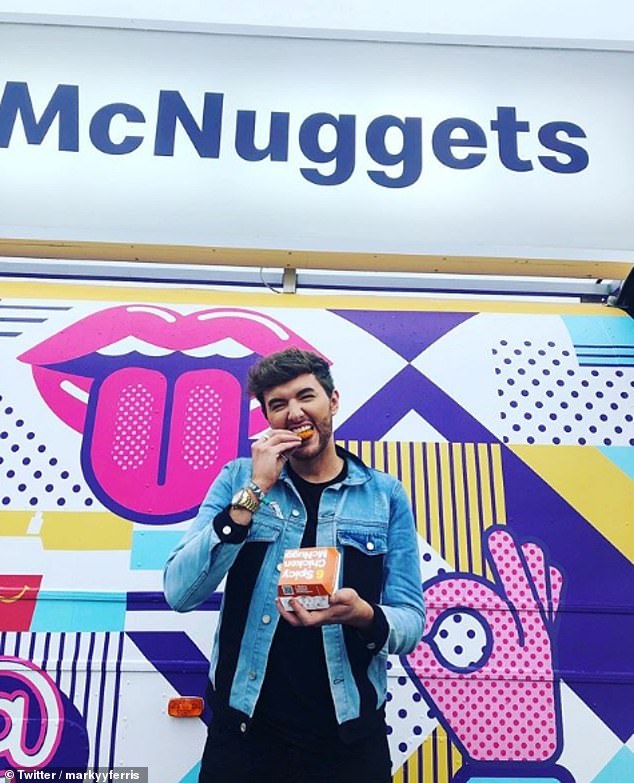 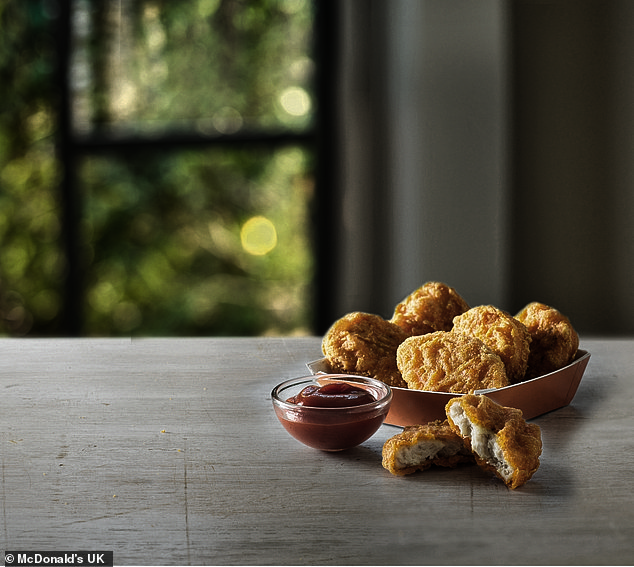 Who’s ready? The spicy chicken nuggets will be on the McDonald’s UK menu for about six weeks 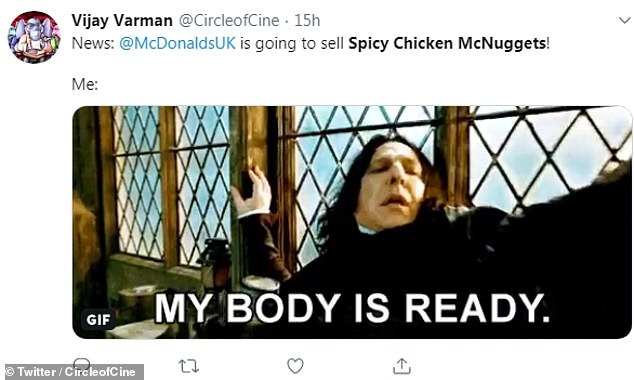 On social media, fans of the nuggets shared their excitement with various jokes and memes (pictured)

On Instagram, fans were also excited at the prospect of trying the long awaited nuggets.

‘I’ve been waiting all my life for this,’ half-joked one.

‘I am too excited for this,’ another wrote.

‘Spicy Chicken Nuggets! We need to go and get 300 of them,’ one excited fan said.

‘I need to try these right now,’ another impatient fan wrote.

‘Probably the best news I’ve had all year,’ wrote one.

‘Are you saying there is gonna be spicy McNuggets? Omfg I’m here for it,’ said another. 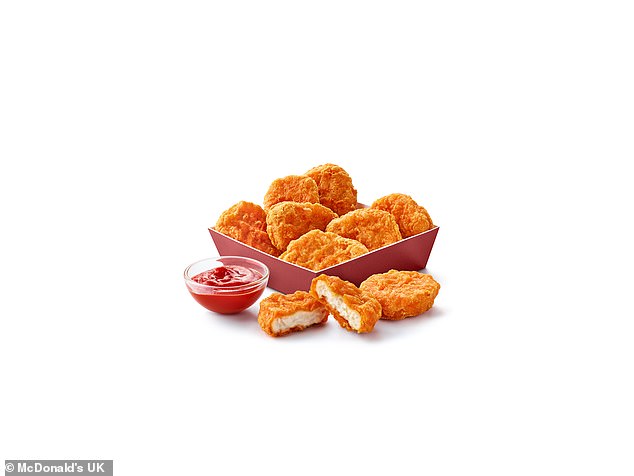 The McNuggets will come in boxes of six, nine of twenty, in order to fit everyone’s appetite, and will be accompanied by a Tabasco dip

One fan joked they wouldn’t be sharing of the nuggets in the special share boxes of twenty, while another said she had had dreams about the item