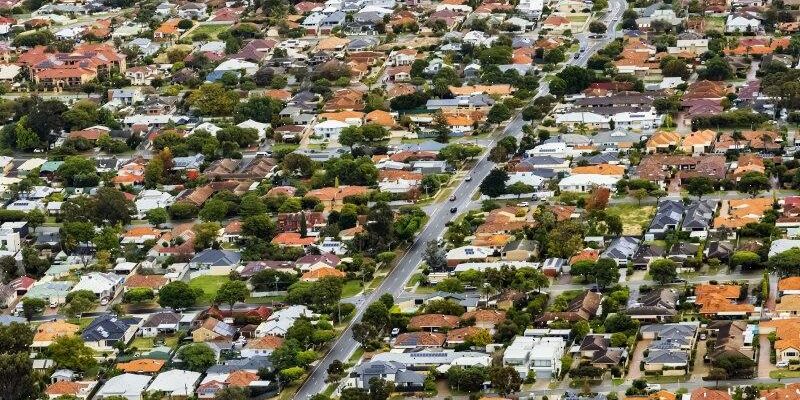 Home buyers across a dozen Perth suburbs from the coast to the inner city can spend less on a property today than they would have a year ago.

The price drop was more noticeable in units over the year to June, Domain data shows, and house prices were down in several suburbs.

Prices also fell by around 5 per cent in Joondanna and East Cannington.

Victoria Park recorded the biggest price falls in units, with its median down 21.7 per cent to $307,500.

Only suburbs with a minimum of 50 sales were included on the Domain data.

Prices fell by around 12 per cent in Rivervale, Claremont and Maylands, and more than 5 per cent in suburbs including Wembley and Cottesloe.

Domain’s June quarterly house price report released last week revealed unit prices had dropped for a second quarter by 1.1 per cent to $356,904, the steepest annual fall in three years at 5.9 per cent.

Perth is now the most affordable city to purchase a unit, a title recouped in 2022 for the first time in 20 years.

But growth has slowed significantly, with the PropTrack Home Price Index showing house prices in Perth grew only slightly last month by 0.04 per cent.

Economist Paul Ryan said Perth had not yet seen price growth slow at the same rate as in other capitals.

“Prices have increased by 8.8 per cent over the past year, only two percentage points below the rate seen at the start of the year,” he said.

“We continue to see the biggest price falls in the most expensive markets of Sydney, Melbourne and the ACT.”

“The Perth market typically slows in winter, so it’s pleasing that when we drill down to suburb level, a large number are still seeing growth – especially considering the three recent interest rate rises,” he said.

Most Viewed in Property