After losing her seat in the Victorian parliament and starting chemotherapy for kidney cancer, Reason Party leader Fiona Patten would be forgiven for stepping back from her role as a changemaker.

The 58-year-old has been a driving force for social change, first as a lobbyist for the sex industry and then as a crossbench MP in the upper house for eight years, where she was influential in delivering reforms such as buffer zones for abortion clinics, supervised injecting rooms and voluntary euthanasia laws. 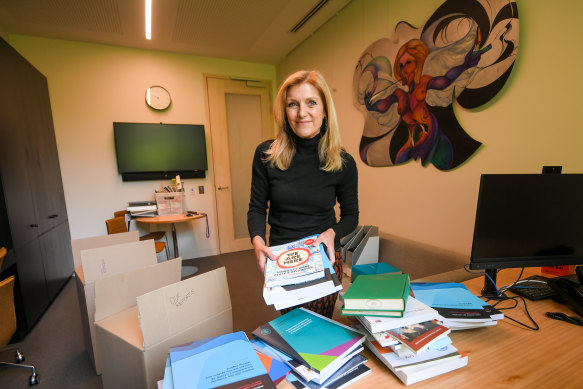 In the past four years alone, she chaired 10 parliamentary inquiries and was responsible for more than 20 per cent of all private members’ bills introduced to the 59th parliament.

The Victorian Electoral Commission finalised results from last month’s state election on Wednesday, announcing an upper house with a Labor majority and a crossbench with more left-leaning MPs, including four from the Greens, two from Legalise Cannabis and one from Animal Justice.

Although Patten conceded defeat on Monday, the VEC’s confirmation of the loss of her seat in the Northern Metropolitan region two days later still prompted gasps from those in the room watching the results.

“There is a lot of unfinished business,” Patten told The Age as she packed up her office on Wednesday.

Had she been re-elected, she said she would have pushed the Andrews government to decriminalise drug use and possession, raise the minimum age of criminal responsibility, and force public hospitals to provide euthanasia for terminally ill patients, contraceptive treatments and abortions.

Instead, when parliament returns next week, Patten will be recovering from her second chemotherapy session – with another seven to go – at her remote NSW property in the Brindabella Valley, about an hour from Canberra, where she lives with partner Robbie Swan.

Patten, who was first elected in 2014, has often been drawn to causes she connects with personally.

After a brief stint as a sex worker in Canberra in the 1990s, Patten founded the Eros Foundation, a lobby group representing the sex industry, including brothels, adult video stores and pornography.

As a recreational cannabis user, she has pushed for drug law reform. After accessing a legal abortion in her late teens, she championed abortion rights.

Now, following a cancer diagnosis a few months ago, she has a vested interest in the state’s health services and how dialysis and chemotherapy could be better delivered.

“Having to schlep into a giant public hospital to get chemo, which involves all the stress of getting into those huge, unfriendly buildings – why can’t we do this somewhere nicer? Why can’t it be done at a local clinic?” she says.

“There is a lot more that we can do that doesn’t necessarily have to cost more.”

Patten began her political career as a lobbyist 30 years ago when, she says, MPs – particularly conservative ones – would reluctantly agree to meet her “out of curiosity or perhaps something else”.

“A number of times, people said, ‘You seem so nice’, like I was meant to be a terrible person because of the issues I was campaigning on or arguing for,” she says.

It’s that charm and willingness to work with all sides of politics that helped her achieve a progressive reform agenda.

“I had a great deal of respect for the people who didn’t always agree with me,” she says, naming conservative Tasmanian senator Brian Harradine as one of these people. 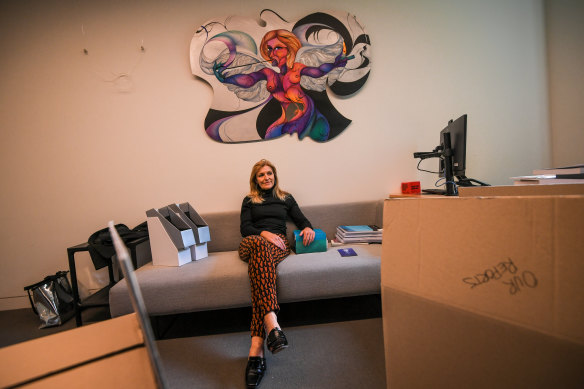 Fiona Patten says she will remain in an official position in the Reason Party.Credit:Justin McManus

“I am a better person because of Senator Harradine. He made us work so much harder [for change], and he was so clever, and I learned so much from him.”

“What I didn’t appreciate as much from the outside is that the vile, angry screaming match that you see in the chambers doesn’t happen anywhere else in the parliament.”

“Everyone is able to work with each other outside the chamber and I think that, at first, [it] was sort of surprising to see people that you thought would be polar opposites actually being able to work together or have civil conversation together.”

Patten blames a combination of factors for her election loss: the pandemic, her decision to change her party’s name from the Sex Party to the Reason Party, and a drop in support for Labor, which reduced her preference flows.

Ultimately, she says, “we just didn’t get enough votes”.

“People can scream about the system all they like, but I didn’t get enough votes.”

After she finishes her chemotherapy in late January, Patten hopes to holiday in Central America – but then it’s straight back to work.

Following the 2018 election, Premier Daniel Andrews hinted he would offer Patten a job if she was not re-elected because her absence would be such a loss to parliament.

But for now, Patten says she will keep an official position within the Reason Party and hopes to field candidates at federal and local elections.

She has ruled out a tilt at federal politics and says she isn’t tempted to run at the next state election in 2026.

“This is such a privilege and such an amazing opportunity to work in this place and represent people, that I really think it should be shared.”

Instead, Patten is buoyed by the decline in support for the major parties and believes social media has allowed minor parties and independents to “find our tribes a lot more easily”.

“I think it’s here to stay. And it’s a good thing, because we are better represented by a diverse range of views.”