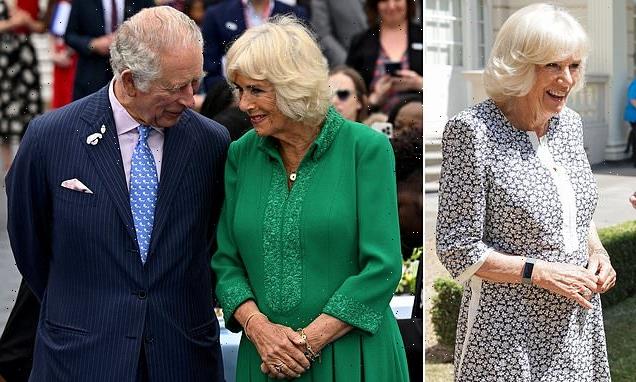 No phones at the dinner table! Camilla tells her grandchildren to put their ‘flipping’ phones away and says social media is a ‘double edged sword’ – but admits she joined TikTok during lockdown

The Duchess of Cornwall has said she wants families to ditch phones at the dinner table and eat properly together.

In an interview to mark her 75th birthday Camilla expressed her concerns about social media, which she described as a ‘double-edged sword’, and admitted she often tells her grandchildren to put their ‘flipping’ phones away.

Speaking to Mail+ the Duchess admitted she had ventured onto apps like Houseparty and TikTok during the Covid lockdown to stay in touch with her younger relatives.

But she has concerns over how social media can harm people’s wellbeing and how technology is coming to erode family values.

She said: ‘Families don’t sit down any longer, do they, and have dinner.

‘Because I am ancient, in the old days we all sat down [to eat]. Now everyone is on their devices. It just makes me quite cross!’ 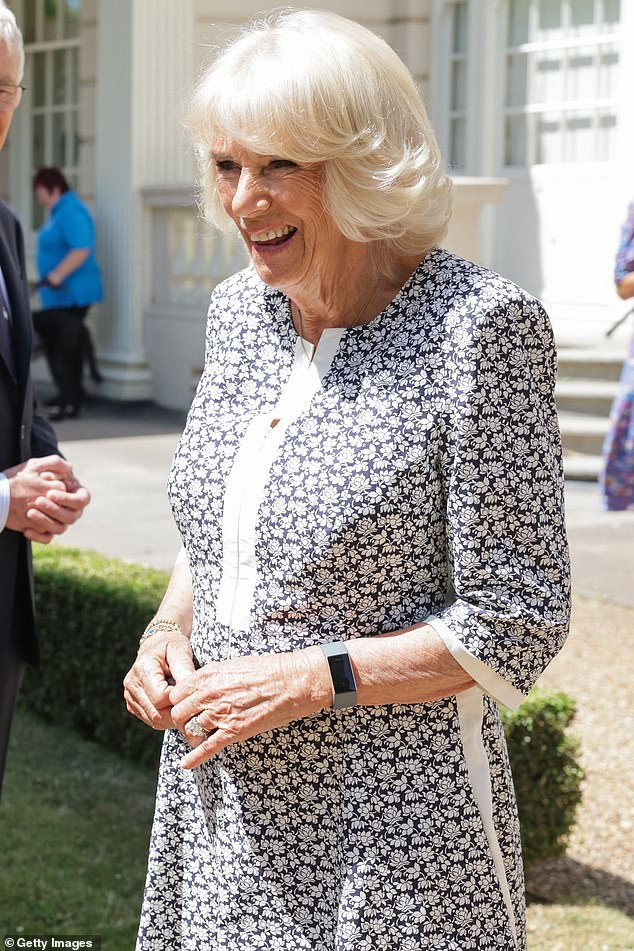 The Duchess of Cornwall, 74, said families don’t properly sit down at the dinner table for mealtimes as smartphones get in the way 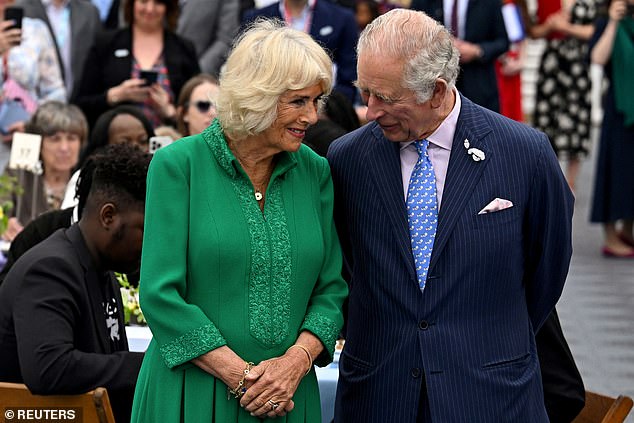 Camilla (pictured at the Queen’s Platinum Jubilee with Prine Charles

Camilla’s commitment to family values comes as a royal expert claims she was ‘instrumental’ in bringing Prince Charles closer with his eldest son Prince William.

Royal commentator Katie Nicholl told 9Honey that the Duchess encouraged her husband, 73, to ‘put family high on the agenda’.

She added the Duke of Cambridge, 40, is thankful for his stepmother’s approach to family life.

Ms Nicholl said: ‘Camilla’s very much, behind the scenes, been quite instrumental in Charles becoming closer to both of his sons.

‘I actually think the boys recognise not only that Camilla has been good for their father, made him a happier, more contented man in later life, I think they also probably acknowledge that she’s had a lot to do with putting family high on the agenda for Charles.

‘… And I think certainly William is very grateful to Camilla for that because Charles is now making a lot more time in his life for his grandchildren.’ 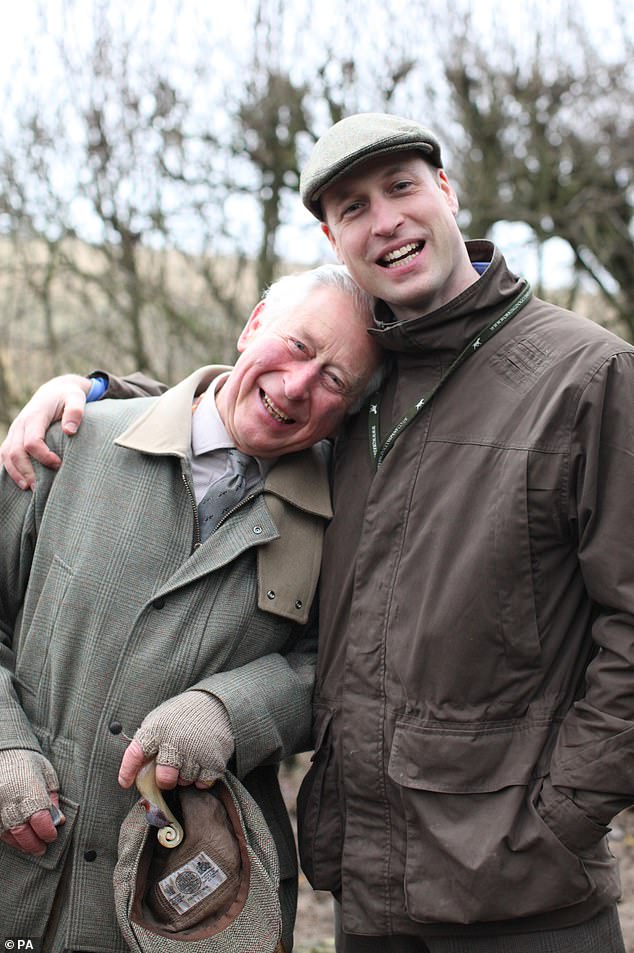 The Duchess of Cornwall has been ‘instrumental’ in Prince Charles becoming closer to his sons – and Prince William (pictured with Prince Charles) is ‘very grateful’ that she has encouraged her husband to ‘put family high on the agenda’, a royal expert has claimed 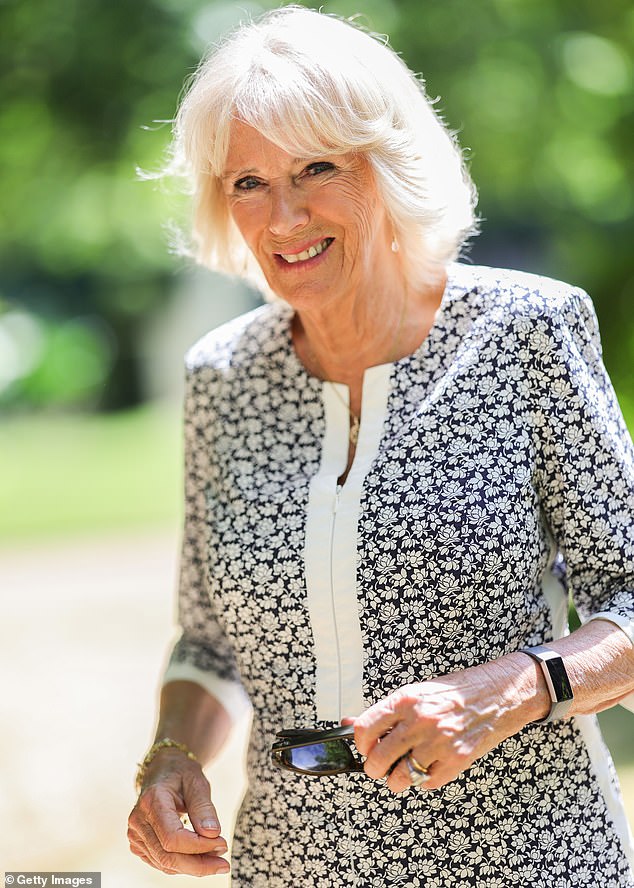 Royal commentator Katie Nicholl told 9Honey that the Duke of Cambridge, 40, is thankful for his stepmother’s (pictured) approach to family life

The expert explained how Camilla, who is mother to Tom Parker Bowles and Laura Lopes, loves being a grandmother and ‘reminds’ her husband, the Prince of Wales, 73, not to miss out on time with his loved ones.

Yet the royal author admitted that the relationship between Prince William and his stepmother hasn’t always been easy for ‘very obvious reasons’.

But she insisted that the Duke and Duchess of Cambridge now have a good and warm bond with Charles and Camilla. 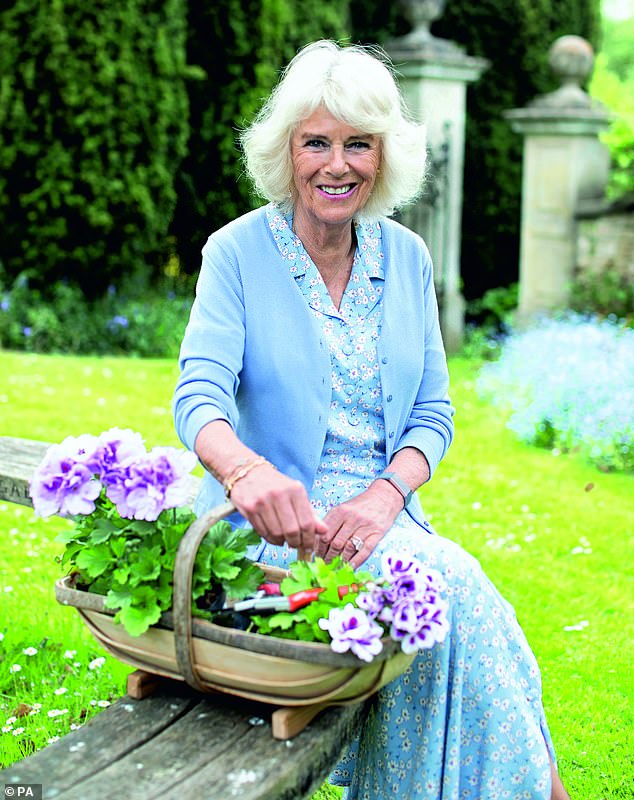 Elsewhere, the Duchess is the cover star of the Country Life magazine after asking a photographer she knows well to take the image – the Duchess of Cambridge

Speaking ahead of her 75th birthday the Duchess, who will become Queen Consort when Charles accedes the throne, said she remained committed to championing causes that mean a lot to her – including raising awareness of domestic violence.

She told Mail+: ‘I can only do things that I feel quite passionately about. I am not a natural actress.’

The patron of the Safe Lives domestic abuse charity discussed the issue of ‘frightening’ coercive control in relationships.

She said: ‘You can have someone who appears such a charming individual, that nice, smiley man who is lovely to everybody… to your friends, to your family… And we all know one, don’t we?’

As she and Prince Charles enter their golden years, Camilla said they will continue to support each other ‘as a team’.

She certainly shows little sign of slowing down, as she carries out approximately 150 royal engagements every year.

And when her husband becomes King the Duchess has vowed to maintain her commitment to the causes she cares about – including women’s issues, literacy and improving the lives of underprivileged children.