Camilla, Duchess of Cornwall, 73, and Prince Charles, 71, have been married for 15 years and during this time they have carried out dozens of royal engagements. They are destined to be future heads of the Royal Family and Camilla will one day be Charles’ consort. Nonetheless, a body language expert has claimed the Duchess “continues to look deeply uncomfortable and nervous appearing in public”.

Camilla and Prince Charles visited the Bank of England on Wednesday (October 28) to see the work the organisation is doing to support the economy during the COVID-19 pandemic.

Clarence House shared a clip of the royal visit on Twitter.

The caption which accompanied the video read: “Greeted by @bankofengland Governor Andrew Bailey, The Prince and The Duchess meet staff involved in the production of banknotes and view archive and unreleased material.

“The Bank is working to decrease its environmental impact through recycling notes into everyday objects.” 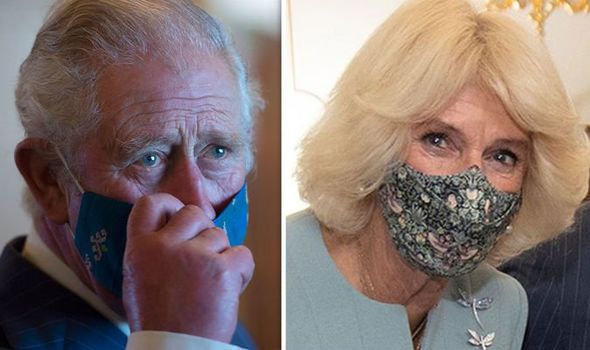 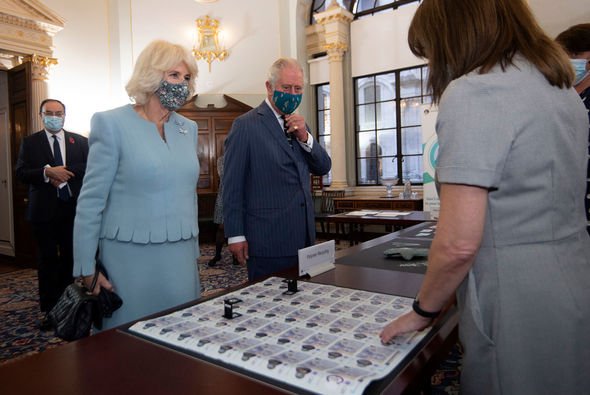 A second tweet about the engagement read: “The @bankofengland has measures in place to help keep firms in business and people in jobs, with the aim of minimising the longer-term damage to the economy when COVID-19 subsides.”

The clip of Charles and Camilla at the bank showed them both admiring archive and unreleased banknotes.

According to Judi, an “awkward” Camilla appears to hang back and let Charles take the lead. 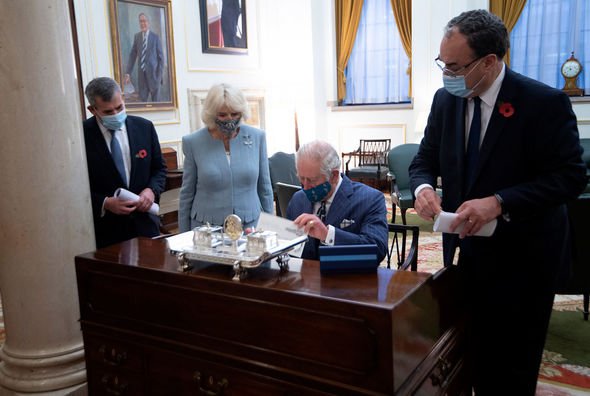 “Her body language is known for its quiet warmth but despite getting good feedback she still continues to look deeply uncomfortable and nervous appearing in public.

“Here she stands waiting beside her husband with her arms straight down at her sides and when she sits her pose looks rigid and self-diminished, with her hands clasped awkwardly and her bag fallen on the floor by the side of her chair.

“She looks keen to show that she is there in Charles’ shadow, rather than stepping into the spotlight in her own right like Sophie, Kate and Meghan.”

Judi added: “We can still see Charles initiating a change of movement before Camilla mimics it, suggesting some tension about getting things right in the eyes of both the public and her husband.”

By contrast, Judi claims future king Charles shows a “new extrovert side” during the visit.

Judi said: “This outing to the Bank of England seems to have unleashed a new, extrovert side to Prince Charles’ personality and presentation.”

The body language expert claimed Charles appeared to want to mimic “City boy” style with his vibrant choice of outfit. 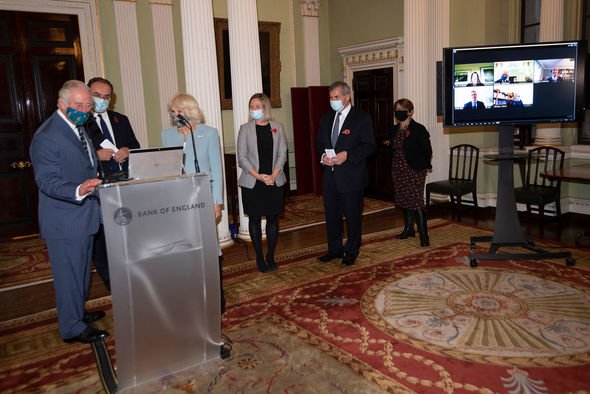 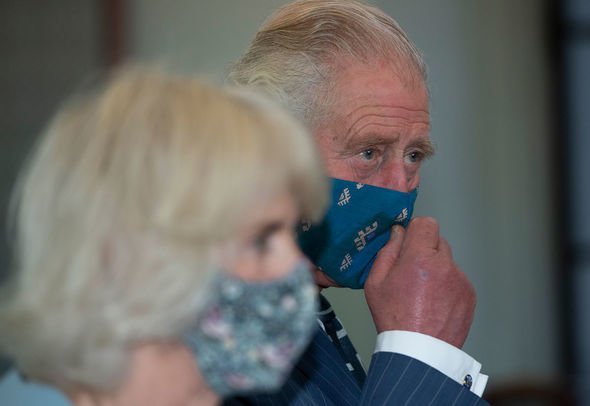 Judi said: “In his single-breasted pinstripe suit he seems to have adopted a ‘when in Rome’ approach, adding a lairy, zig-zag, ‘City boy’ tie and toning (but not matching) pocket hankie to add a financial flourish to his appearance.

“Add a pair of cartoon socks and the Square Mile would have embraced him as one of their own immediately.

“His body language makes him look equally at home here and he sits back in his chair, relaxed and partly splayed as he sits down to discuss stock market trends with his hosts.

“You can see from the way that his eyes crinkle that he is grinning happily behind his mask and his air of good humour means he has also cracked open that classic royal gesture: the ‘pointless point’, that top-rank members of the Firm always use to suggest upbeat engagement in things around them while on a public appearance or visit.”