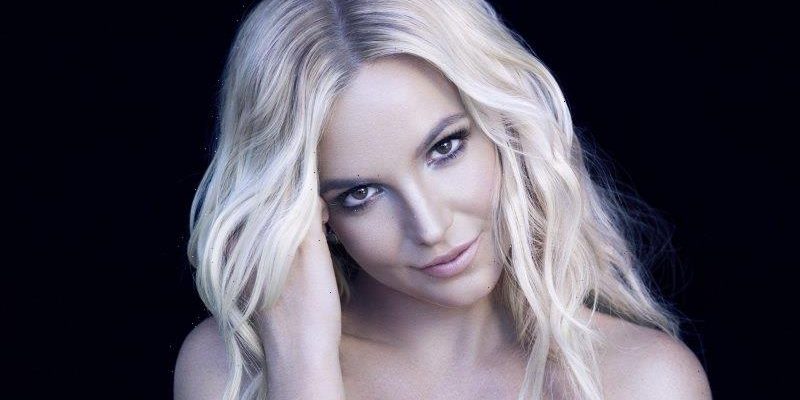 With the words “the conservatorship of Britney Jean Spears is no longer required”, Los Angeles County Superior Court Judge Brenda Penny ruled on Friday (LA time) that “the conservatorship for Britney Jean Spears’ person and estate are terminated”. After 13 years in which she was treated as an infant or a mentally incapacitated geriatric, the 39-year-old singer was finally deemed to be a competent adult again.

Spears was jubilant, posting on Instagram – her preferred channel for communication in recent years – video of the scene outside the courthouse, where hundreds of #FreeBritney supporters had gathered to sing her songs and shower pink confetti into the air as the news broke. “Good God I love my fans so much it’s crazy,” she wrote. “I think I’m gonna cry the rest of the day!!!! Best day ever … praise the Lord … can I get an Amen.”

In the scale of human history it may not amount to much, but for Britney this really is a momentous occasion. For the first time since February 1, 2008, she has full autonomy – over where she goes, who she sees, how she spends her money, what she does with her life and with whom she does it. In other words, the sort of choices most of us take for granted, but that she has been denied all these years.

So, what will she do with all that liberty? The possibilities are endless, the expectations perhaps unreasonable, the answers almost certain to be disappointing.

She could campaign for reform of the conservatorship system, for it is now obvious that major change is needed. If someone with Britney’s fame and fortune can be exploited, what hope your grandma? But maybe Britney’s work here is already done; thanks to what she’s endured, the world now knows much more than it did about the potential for abuse within the system. She may (or may not) wish to speak about her experience, but it should not be on her to come up with answers.

Having been forced by the conservatorship controlled by her father, Jamie, to use an IUD so as to avoid career-stifling pregnancy, Britney could become a champion for the reproductive rights of women. Then again, she might simply have a baby with her gym-bunny boyfriend (and soon-to-be husband) Sam Asghari, a wish she expressed in her June testimony to the court. If so, good luck to her. Just sort out the pre-nup first, OK?

She might return to the recording and performing career that has been on hold since 2019, when she pulled the plug on a new Las Vegas residency, allegedly because of concerns over her father’s ill health, but more likely because that ill health presented an opportunity to shift the balance of power in the conservatorship battle. Then again, she might simply devote the rest of her career to making twirling videos for Instagram.

She might continue to lip-sync to other people’s songs (rather than her own), and to post cryptic, confusing, barely coherent messages. Or she might write a tell-all memoir that helps make sense of this baffling period and let us know once and for all if she really was sending coded messages through her bizarre social media posts.

The point is, Britney is free, and whatever she does or does not do with that liberty is up to her. No one else can set the terms, unless she invites them to do so, and that is entirely the point.

But perhaps this moment isn’t so much about what Britney does next as what we do.

We might take this moment to reflect upon the role we (by which I mean the popular-media-consuming general public) played in her downfall, how an insatiable appetite for celebrity gossip fed the paparazzi beast that contributed so much to her downward spiral.

We might reflect upon our hunger for proof that being rich and famous doesn’t make you happy, and how that fuels a demand for schadenfreude stories of stars who crash to earth. We might ponder our culture’s tendency to sexualise young women and to infantilise grown ones.

We might seize this moment to demand that checks and balances be introduced to the conservatorship system so that no one is ever again submitted to the same sort of virtual imprisonment Britney experienced. And we might ask why the plight of a rich and famous person resonated so much when so many other terrible injustices barely rate a mention. 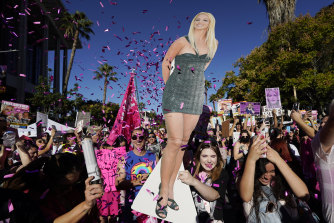 The scene outside the courthouse on Friday (LA time) as Britney Spears was finally granted her freedom.Credit:Chris Pizzello

This is a great moment for Britney, and it’s right that she and her fans and all who have been moved by this story should celebrate it. But as the news cycle moves on, there’s a challenge for all who called out this injustice: will you continue to care once the crowds, the cameras and the instant communities spawned by the hashtag move on?

It is wonderful that Britney Spears is free at last. But if that’s the extent of our ambition for a fairer world, the celebrations will ring just a little hollow.