She’s just being Britney! Britney Spears took a break from her ongoing conservatorship battle to answer a few of her fans’ burning questions on Thursday, August 5.

Britney Spears’ Ups and Downs Over the Years

The Grammy winner, 39, gave rapid-fire answers to a slew of questions posed by her followers via Instagram, including her favorite clothing line and type of chips. “My favorite clothing store is definitely J. Crew because I like the fact that they have clothes for men and women,” she said, showing off her floral dress by the brand.

She pointed to “real deal Lays” as her go-to potato chip, when choosing between the baked version or the original. 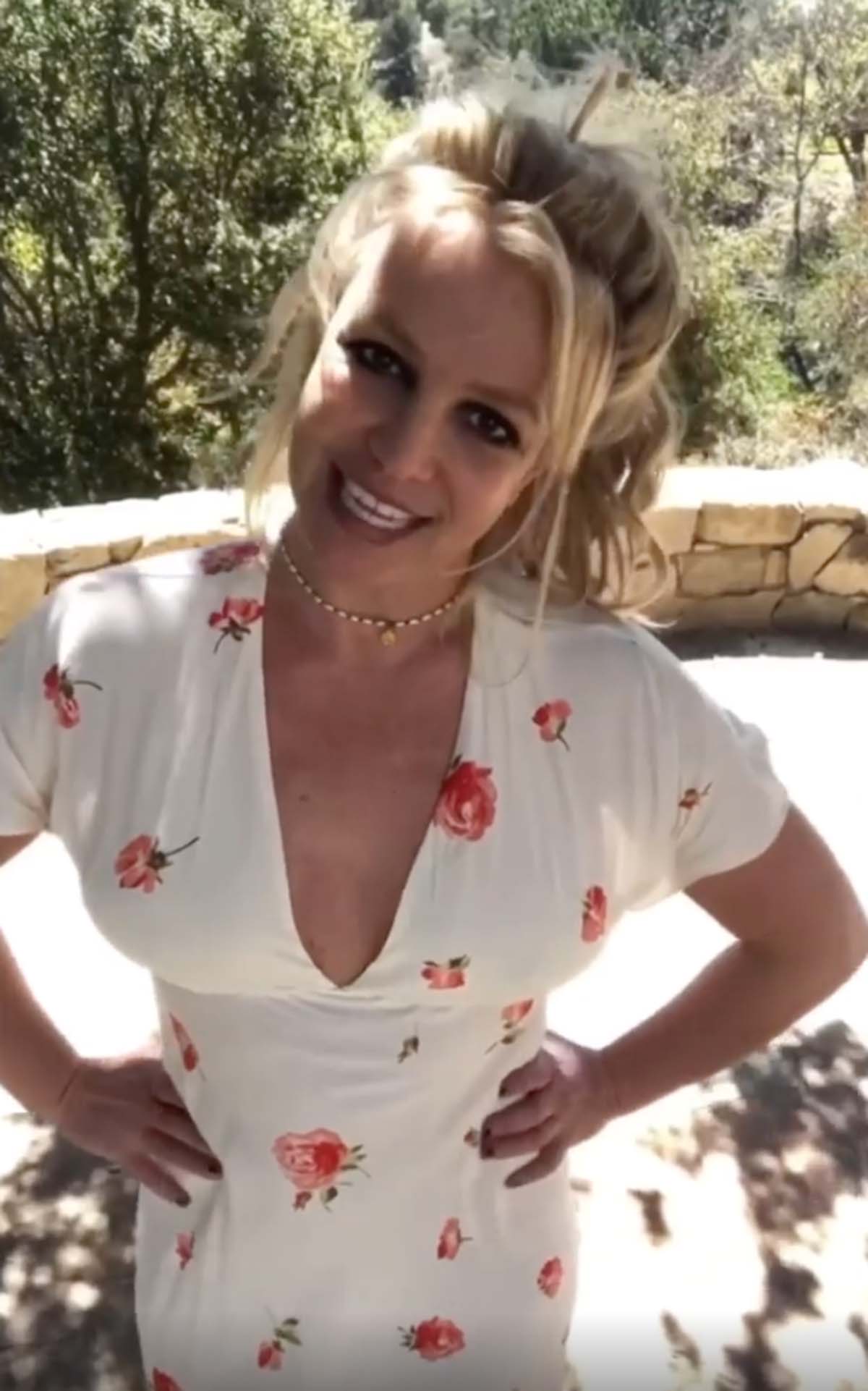 The “Toxic” singer also gave Miley Cyrus a shout-out, calling her 2013 song “We Can’t Stop” a really “cool” tune from “back in the day.”

When asked what her favorite scented lotion is, Spears didn’t hesitate with her response. “Vanilla. I like the way it smells so fresh and girlie and summery,” she said. “I’ve always been a vanilla girl.”

The former Mouseketeer also gave her fans an update on how she’s holding up amid her conservatorship battle to remove her father, Jamie Spears, as the conservator of her estate and replace him with another party.

“I’m sure a lot of you guys are wondering how I am doing,” she said in the clip, while laying out in the sun in a red bikini. “Since the cat is out of the bag, literally, out of the bag, and you guys know my situation, I do want to let you guys know that things are way better than I ever anticipated.”

Britney captioned the Q&A video: “Since this beautiful world 🌎 makes it so easy to share with you guys … I’m here today trying to matter like all of us do on any given Thursday 🙄🤷🏼‍♀️🤪 … have a good day beautiful people☀️ !!!!”

Two months prior, the Crossroads actress made headlines when she spoke out for the first time about her conservatorship, which she’s been under since 2008. During a June court hearing, Britney stood up for herself and confirmed that she wants her father, 69, removed from his role as co-conservator as Jamie has been in control of her financial decisions and estate for more than a decade.

The following month, she doubled down on her plea to get Jamie off of her team, telling a judge in July, “I’m here to get rid of my dad and charge him with conservatorship abuse. This conservatorship has allowed my dad to ruin my life.”

After being granted the right to choose her own lawyer last month, Britney and her new attorney, Matthew Rosengart, filed court documents to officially petition for Jamie to be replaced by accountant Jason Rubin as the conservator of her estate.

Jodi Montgomery, who is the conservator of Britney’s person, later filed her own motion in support of Britney’s request to have Rubin on her team instead of Jamie.

Britney’s attorney filed an emergency motion on Wednesday, August 4, to move up her previously set September 29 hearing. According to court documents, the “Lucky” singer is asking for the hearing to take place between August 23 and September 5. As an alternative, the musician requested that the judge immediately suspend Jamie and appoint Rubin as the conservator of her estate.