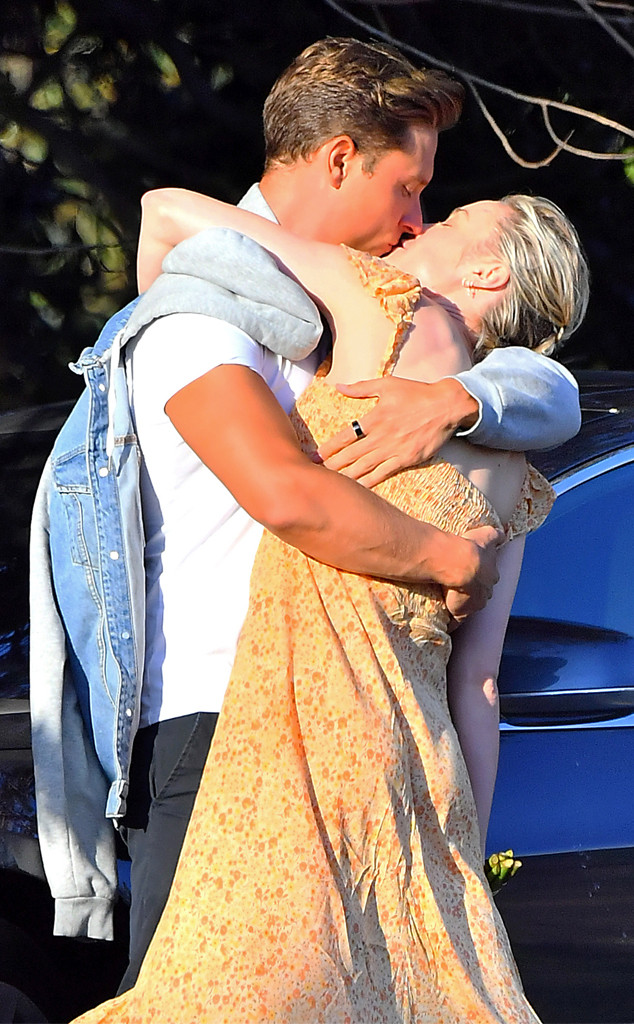 Brie Larson appears to have a new man in her life!

The Oscar winner was spotted kissing actor and director Elijah Allan-Blitz in Calabasas, Calif., on Tuesday. Photos show the duo sharing a passionate embrace while out shopping for groceries at Erewhon. Following their lip-lock in the parking lot, the couple was also spotted heading to local theater show in nearby Malibu.

Prior to his relationship with Larson, Allan-Blitz was linked to actress Maria Bello.

This is the first time the Captain Marvel star has been spotted with someone new since her split with Alex Greenwald earlier this year. In January, a source told E! News that Larson and Greenwald had recently called off their engagement.

Back in 2016, Larson even gave the Phantom Planet musician a shout-out during her acceptance speech at the Academy Awards.

“My real partner, Alex Greenwald, I love you, the whole thing!” Larson excitedly told her then-beau, who was seated in the audience.

The duo’s last red carpet appearance was at the Avengers: Infinity War premiere in April 2018.