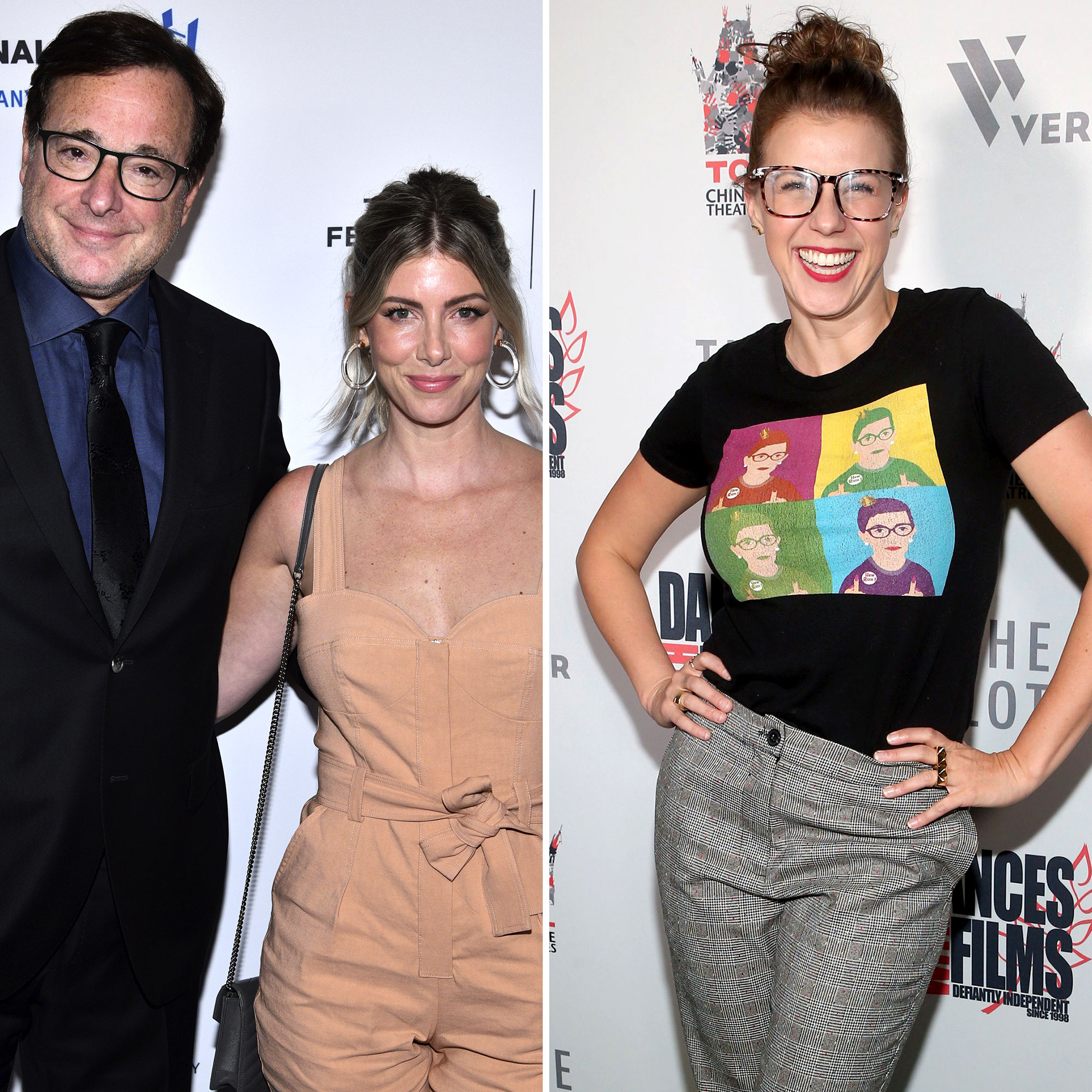 Supporting his loved ones. Kelly Rizzo attended Jodie Sweetin‘s Saturday, July 30, wedding to Mescal Wasilewski — and she says Bob Saget‘s spirit was with them.

“What a honor it was to be there and celebrate your love,” the Eat Travel Rock host, 43, commented on the bride’s celebratory Instagram announcement on Sunday, July 31.

Saget, who played Sweetin’s dad for eight seasons on ABC’s Full House and five seasons on Netflix’s Fuller House, died at age 65 in January when he was found in his Florida hotel room after a comedy show. In February, Saget’s family told Us Weekly, “The authorities have determined that Bob passed from head trauma. They have concluded that he accidentally hit the back of his head on something, thought nothing of it and went to sleep. No drugs or alcohol were involved.”

Saget is survived by three daughters, 35-year-old Aubrey, 32-year-old Lara and 29-year-old Jennifer. The America’s Funniest Home Videos alum was married to their mother, Sherri Kramer, from 1982 to 1997.

‘Full House’ Stars: Then and Now!

Rizzo married Saget in October 2018 in a Santa Monica ceremony attended by Sweetin, now 40, as well as Full House stars John Stamos, Candace Cameron Bure, Andrea Barber, Lori Loughlin and Dave Coulier. “So appreciative my family and friends were at Kelly’s and my wedding especially my family for life, my Full & Fuller House family … I love all these people so much,” the late star shared via Instagram at the time.

Much of the same group was present at Sweetin’s nuptials on Saturday. “Gorgeous Bride. Handsome groom. Beautiful evening,” Bure, 46, commented on Sweetin’s Instagram post. “Every detail was perfection. Even your dad’s speech 🎤 😂. Love you ❤️ little sis. Congratulations 💘💞💖.”

Barber, 46, added, “Absolute perfection! What a beautiful night! Love you so much, Jodes! ❤️.”

Stamos, 58, and wife Caitlin McHugh were also in attendance. “The second best wedding I’ve ever been to. love you Jodie! (And Hubby),” the actor, who played Uncle Jesse, wrote via social media.

Wasilewski and Sweetin made their relationship Instagram official in September 2018, and the social worker proposed to the UnSweetined author one week after Saget’s death in January.