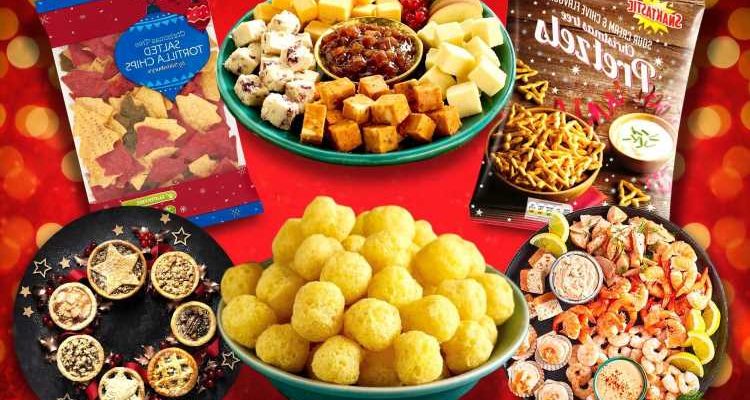 CHRISTMAS time is always the perfect excuse to crack out the best food.

From a cheeky nibble of a mince pie to a handful of crisps tasting just like the big day's dinner, the supermarkets have pulled out all the stops to fill your cupboards this year. 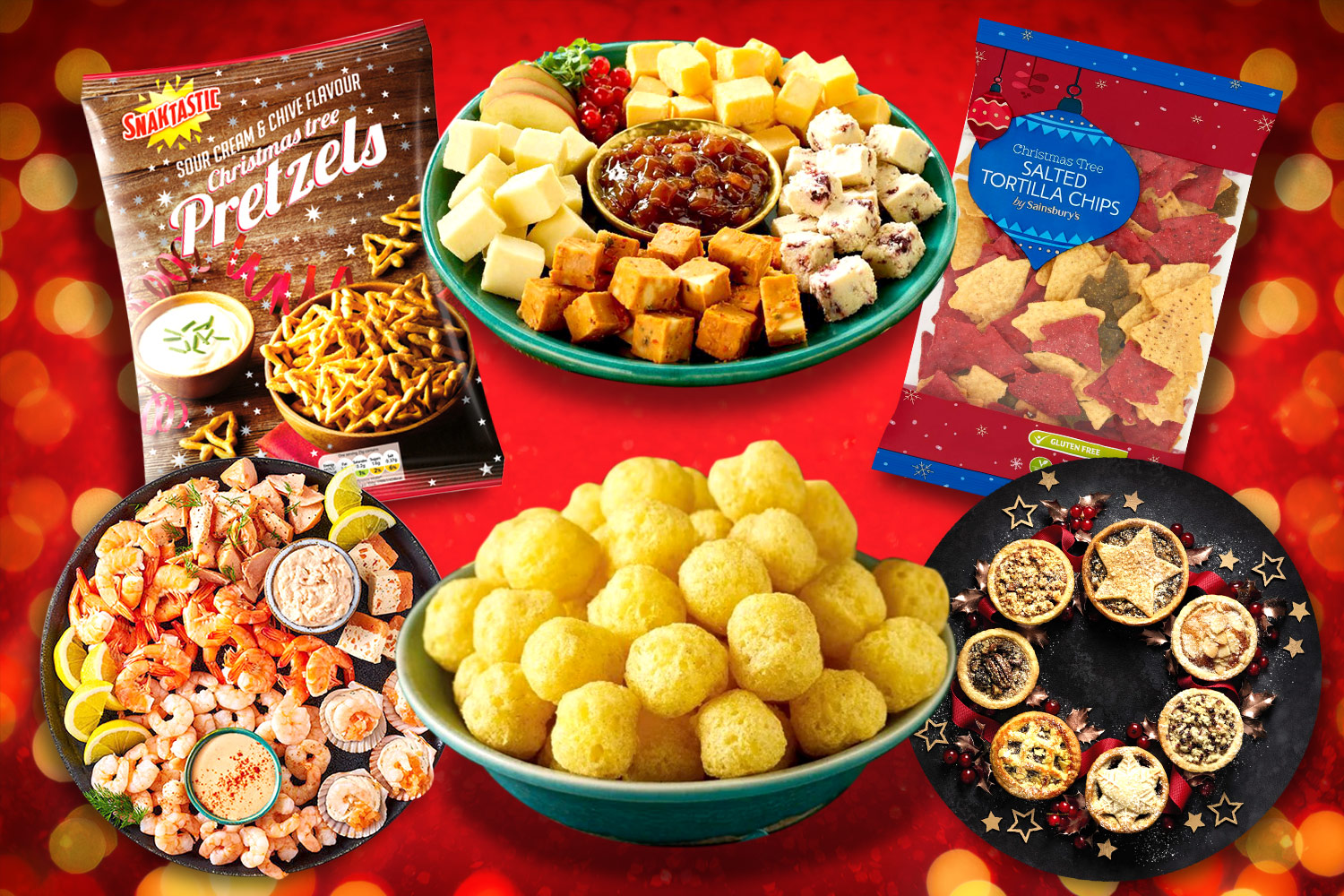 But whether you have the excuse of an upcoming party to stock up with a selection of grab and go festive treats, or you simply need a snack to snuggle up to watch Elf for the 100th time with, we've narrowed down the top picks.

Here are what some of the supermarkets have on offer. Check them out below. 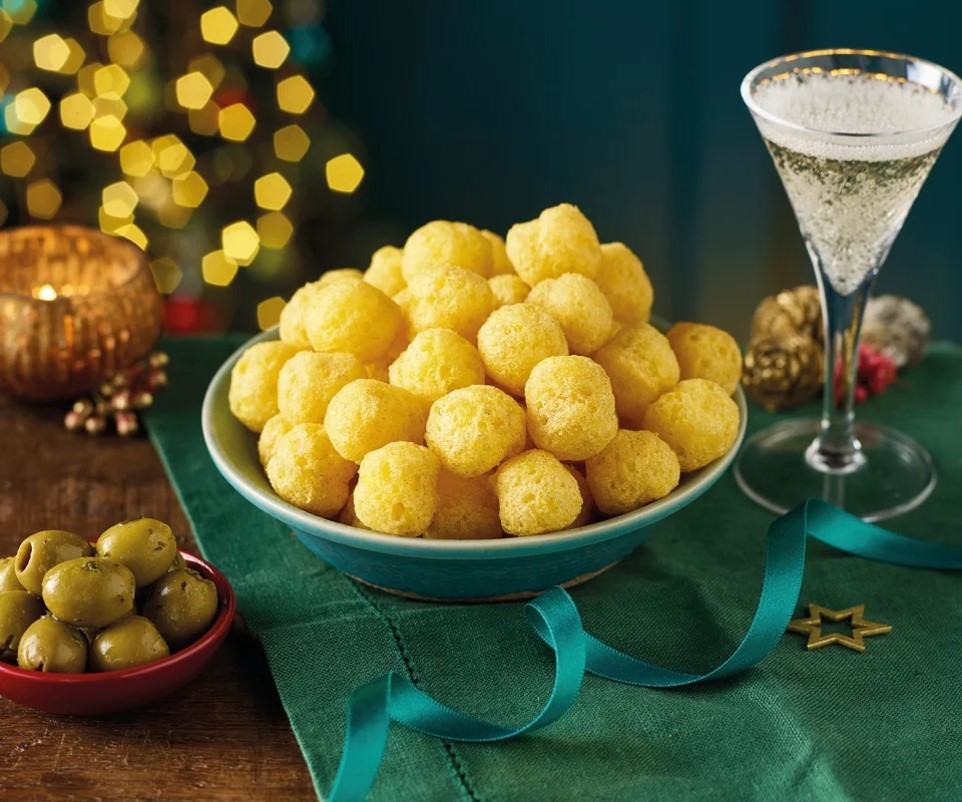 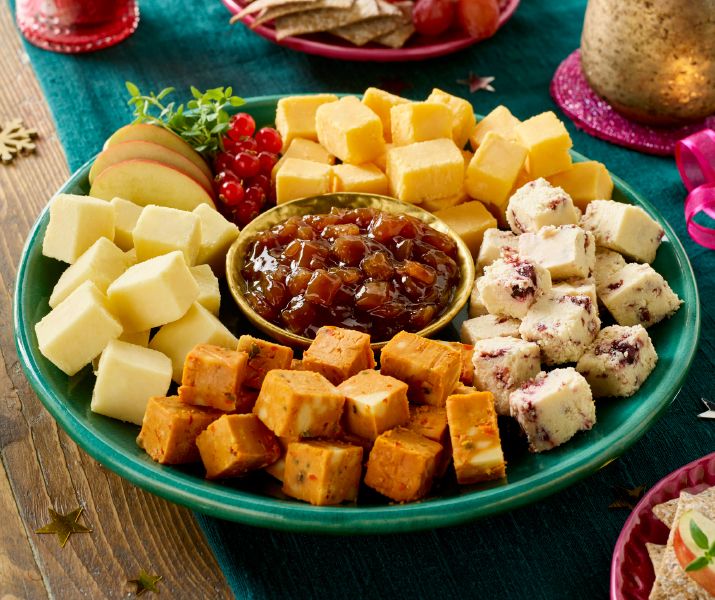 If you're feeling a little cheesy this Christmas, Morissons' cheese party bites will certainly hit the spot.

In the selection you'll find double Gloucester, wensleydale with cranberries, cheddar and red Leicester with chipotle chilli flakes, all served with red onion chutney dip too.

The 450g of cheese is diced nicely into cubes that make easy picky bits, supposedly feeding up to 10 people – though we won't tell if you pinch a few extra helpings.

The entire ensemble is £6 to buy so it's a little more on the pricey side of snacks this festive season though.

You can also pick up a 300g bag of turkey and stuffing balls, a crisp-like snack from Morrisons.

These are £1.50 and one of the quirkiest offerings in the supermarket's range this year.

The crisps are light and crunchy maize and potato balls coated in a savoury meaty and herby flavour, that are sure to have all hands reaching into the snack bowl before long. 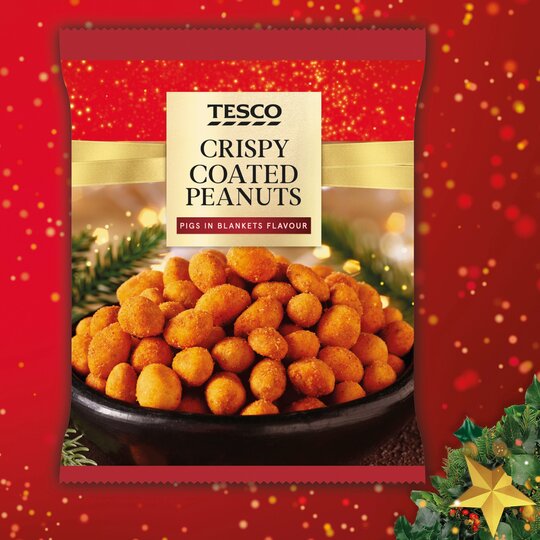 If you're more of a savoury snacker, Tesco has the perfect answer to one of the Christmas dinner all-time favourites.

It's selling coated peanuts that are, in fact, pigs in blankets flavour.

The 200g bag is another quirky take on the traditional snack that tastes just as good as the real deal set to grace your plate on the big day.

Each bag is £1.20 to buy from Tesco, but the store does have a range of other Christmassy snacks that you can get even cheaper with a Clubcard, like its own range mince pies. 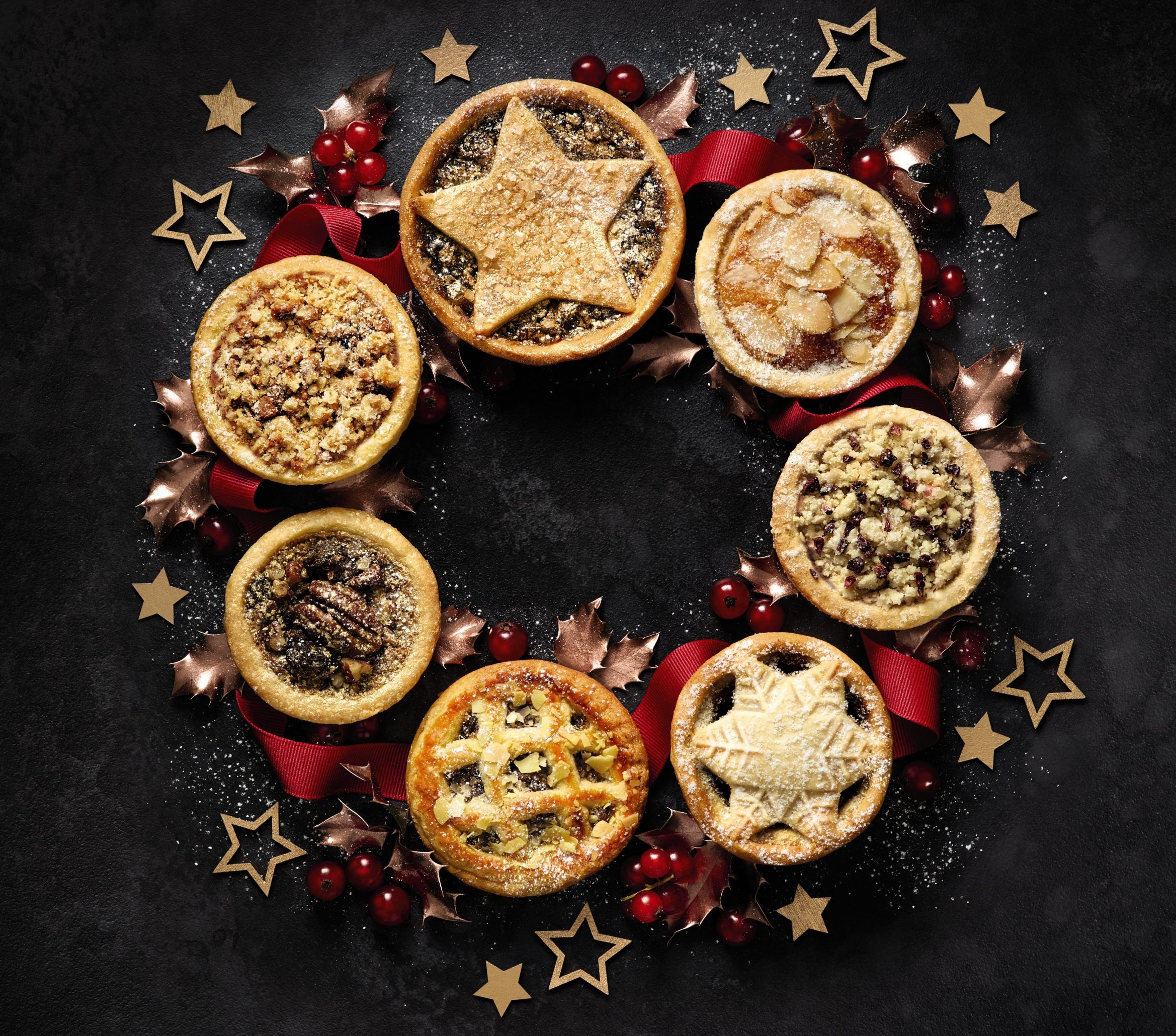 The discount supermarket has packs of specially selected exquisite mini mince pies, which are nine for £2.49, and all part of its decadent exquisite range.

They have a crisp and buttery pastry case, topped with either Amaretto with kirsch and cherry buttercream, raspberries with pecan and maple syrup, or Cognac and hazelnut filling.

These ones aren't available just yet, so you'll have to wait a little longer before they can tempt you from the kitchen countertop. 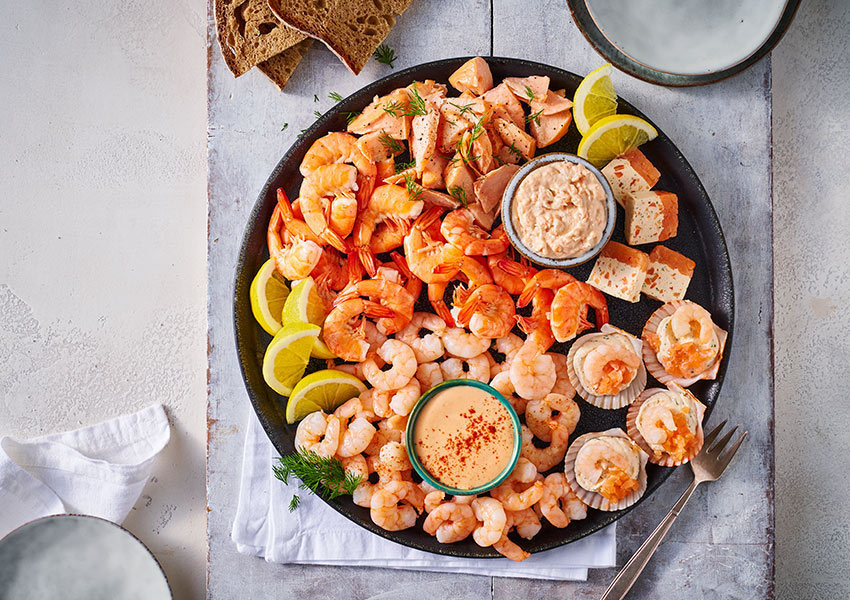 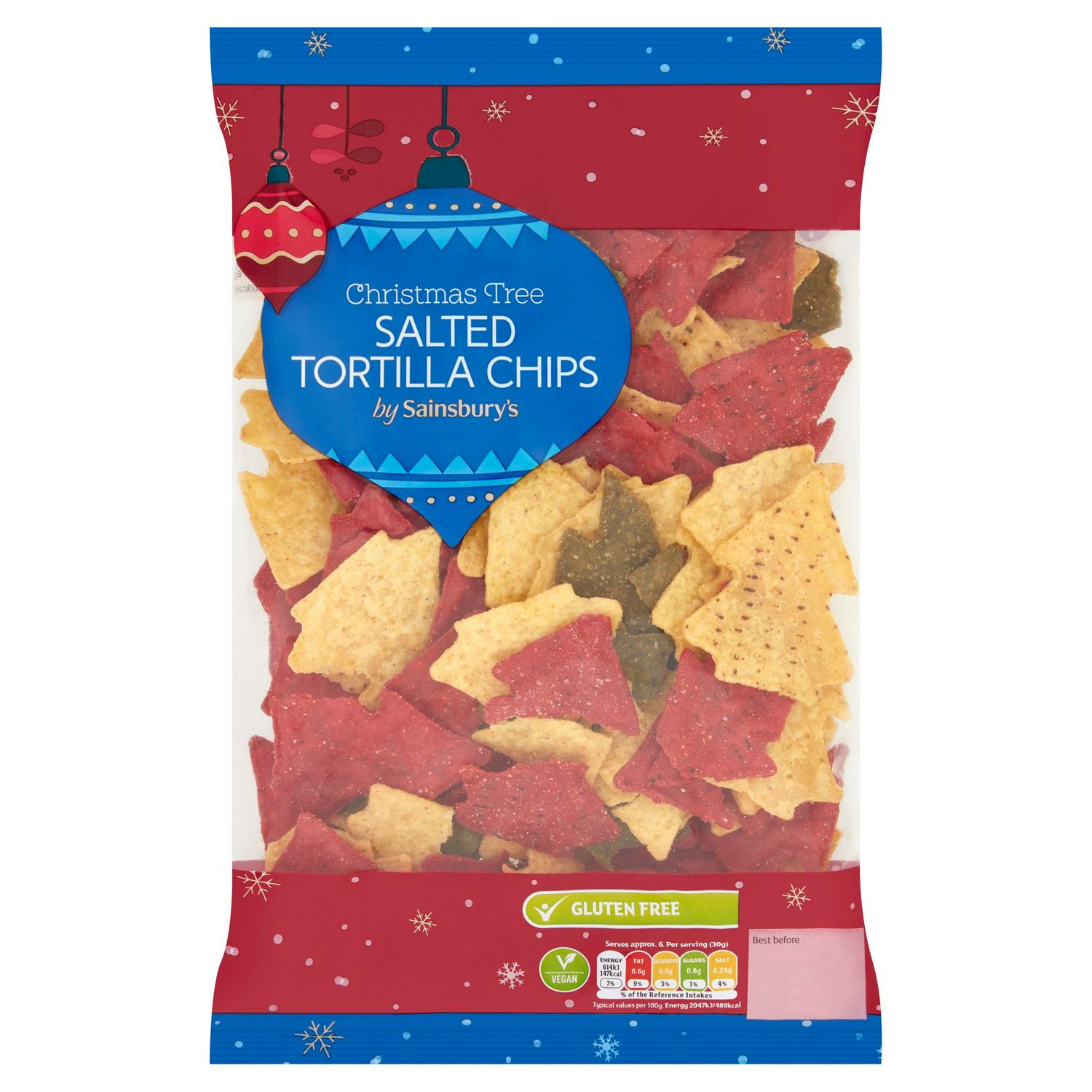 If you fancy something a bit more fishy to snack on, look no further than Sainsbury's Scottish salmon and king prawn selection.

It's another perfect selection to just pop on the table and pick at when you're preparing the main event or if you just need a quick festive fix when the family pop round unannounced – nothing needs cooking and there's a great variety on offer within.

You have to fork out a bit more than most for this one though as it's £25, serving up to eight people.

On the cheaper end of the scale though, Sainsbury's also has cute christmas tree shaped salted tortilla chips for £1.50.

The 200g of lightly salted maize, beetroot and spinach tree-shaped snacks will bring a quirky Christmas theme to your Mexican treat. 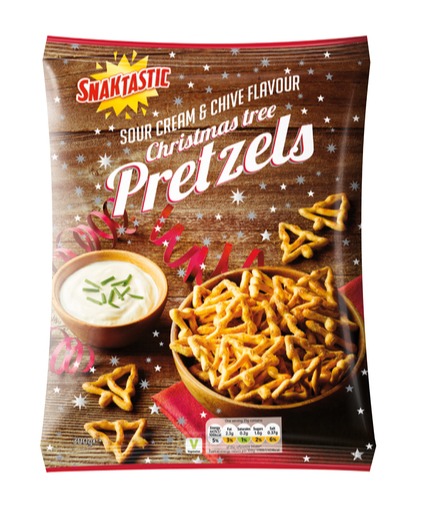 Sainsbury's isn't the only supermarket cashing in on the geometric side of Christmas though, as Lidl has its own iconic tree shaped snacks.

Part of the Snaktastic range stocked at the budget grocery store, Christmas tree pretzels are available for £1.29,

The pretzels are simply sour cream and chive flavour though, in case you're already sick of the festive flavour concoctions each of the supermarkets are inventing.

But if each of these snacks has you watering at the mouth, you'll want to be quick to cash in as supermarket delivery slots are filling up fast.

You can book now or check out their usually cheaper click and collect counter parts too, which is what many are looking to do to get ahead early this Christmas.