As the drinks continue to flow and the food is served, the tensions begin to rise amongst the crew in this EXCLUSIVE preview of the all-new ‘Below Deck Sailing Yacht.’

The Below Deck Sailing Yacht crew takes a break from work to have a sit-down dinner in this EXCLUSIVE preview of the April 11 episode. As they wait for their food, Marcos takes the opportunity to tell the crew that they’ve “put the bar very high. Now it’s going to be a difficult job to maintain it.”

Kelsie responds, “I feel like we just need to vibe so hard that the guests have no option than to vibe as hard as us.” Marcos begins speaking again, and Gaby quips, “Back to me, Marcos.”

Gaby keeps trying to interrupt while Marcos is talking. Gary gives her a little nudge to stop, and she nudges him right back. Marcos ends things by saying this is going to be the “best season ever.” They all agree on that.

The arrival of the food diffuses any tension there was at the table, but it doesn’t last long. “Daisy, are you still pissed off at me?” Gary asks.

Ashley tells Daisy, “I would never say anything bad about you.” Daisy thanks Ashley for that. Ashley adds, “Because I have nothing bad to say.” Daisy asks Gary if she can go and have a cigarette with him. Gary tries to keep things light, but Daisy says she won’t laugh at him until he apologizes. 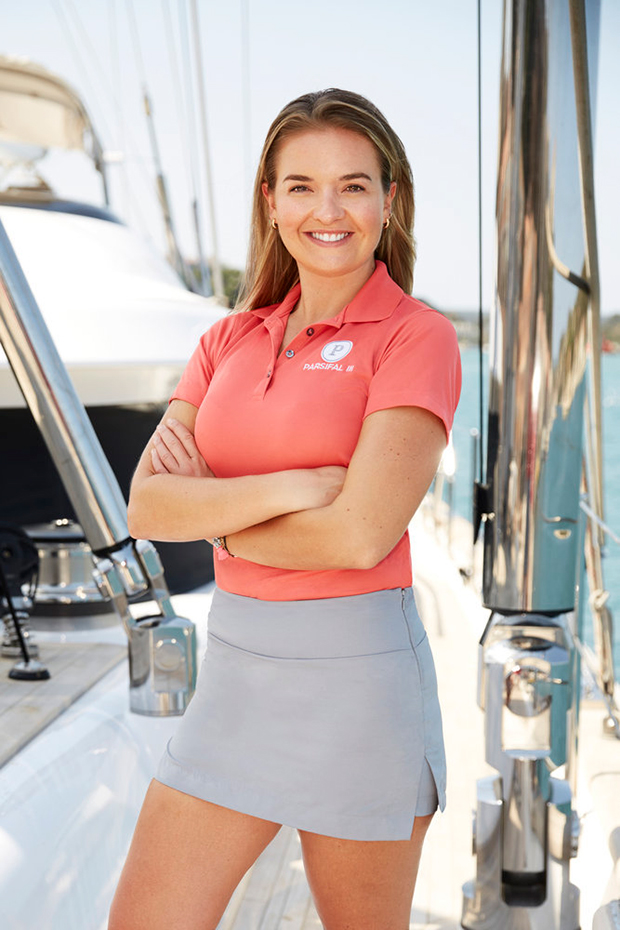 Daisy and Gary have a history together. Couple that with Gary recently flirting with Ashley, and the Daisy-Gary relationship is complicated, to say the least. After their steamy hot tub kiss, many fans have wondered if these two are together together. Daisy and Gary set the record straight during a recent visit to Watch What Happens Live.

Although Gary admits that he has had a “crush” on Daisy for a while, they’re just friends at the moment. “No, we’re not dating,” Daisy said on WWHL. Below Deck Sailing Yacht airs Mondays at 8 p.m. on Bravo.