Bella Thorne shares a lot with her 20 million Instagram followers. The actress, singer, and author has cried, laughed, and pretty much bared it all through her phone.

Still, there were a few things Bella hadn’t realized about herself—until now. Bella just opened up about identifying as pansexual in new interview with Good Morning America. “I’m actually pansexual, and I didn’t know that,” Thorne said. “Somebody explained to me really thoroughly what that is.”

Bella, who previously said she was bisexual, explained a bit more about what pansexual means for her. “You like beings,” she told Good Morning America. “You like what you like. Doesn’t have to be a girl or a guy or a he or she or they or this or that. It’s literally you like personality. You just like a being.”

Bella isn’t the only celeb to get real about their sexuality. Watch what others had to say:

Bella’s experience is common. Many people who once identified as bisexual become pansexual. “Bisexuality as a term has experienced criticism for adhering to a binary system of gender, a.k.a. ‘I’m attracted to men and women,’ even though this strict definition of bisexuality doesn’t fit many bisexual-identified folks,” Rena McDaniel, who has a master’s degree in counseling with a specialty in gender and sexual identity, previously told Women’s Health. 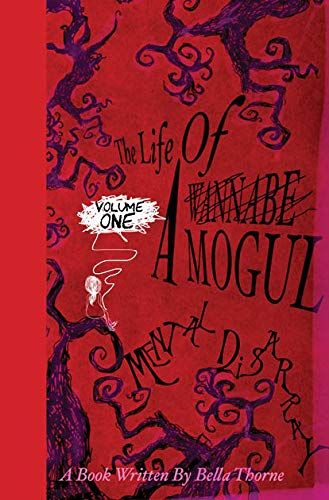 For fans who want to learn even more about Bella and who she really is, her new book, Life of a Wannabe Mogul: Mental Disarray, offers just that. The collection of poems covers her struggles with self-acceptance, bullying, and sexual abuse.

The book is volume one, so there’s more to come from Bella: “I’m doing a lot of writing—writing and directing—and that’s definitely when I feel most happy, so I think I have to go more towards that, because I like being happy.”