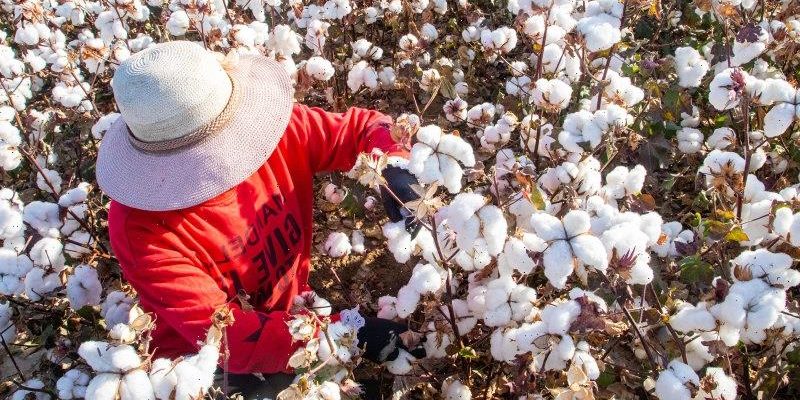 Australian companies would be banned from importing products made in any way by forced labour, such as exploited Uighur workers, under new laws that have won the backing of MPs across the political spectrum.

The recommendations from the Senate inquiry will place significant pressure on the Australian government to act on the growing scourge of forced labour overseas, which credible reports estimate includes about 1 million members of the oppressed Uighur minority in China. 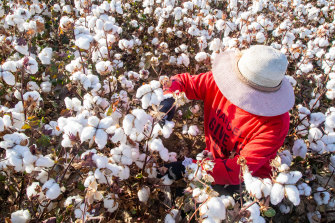 Human rights groups have accused China of detaining huge numbers of Uighurs and forcing them to work in the cotton industry.Credit:Getty Images

A Victorian government deal to buy trains that include parts linked to forced Uighur labour is among those that would have faced scrutiny under a new scheme suggested by the Senate Foreign Affairs, Defence and Trade Legislation Committee.

It would let the Australian Border Force reject imports under legal presumptions that certain goods, products or regions used forced labour. Companies here would be banned from importing listed products unless they could show the ABF was wrong in a particular case.

The committee said cotton from Xinjiang commonly made by Uighurs should be at the top of the list.

“The state-sponsored forced labour to which the Uighur people are being subjected by the Chinese dictatorship is a grave human rights violation,” concluded the committee, chaired by Liberal Eric Abetz with Labor’s Kimberley Kitching as deputy.

“It is incumbent on the government to take steps to ensure that Australian businesses and consumers are not in any way complicit in these egregious abuses.”

China’s government has vehemently denied allegations of forced labour and hit back at recent criticism from the G7 group of its human rights record.

“The US is sick, very sick,” Chinese Foreign Ministry spokesman Zhao Lijian said. “We’d like to advise the G7 to save its prescription for the US.”

The report was considering an amendment to customs law from independent senator Rex Patrick and was also endorsed by the Greens.

“The recommendations are good, the test now is whether the government accepts and then implements them,” Senator Patrick said. “There’s action internationally taken in relation to this issue and we have to play a part.”

Several of the senators who contributed to the report are on the hawkish side of the China debate, including Senators Patrick, Kitching and Abetz.

Greens Senator Janet Rice issued extra comments, emphasising that the report’s recommendations should be applied to all countries, including through signing up to an International Labour Organisation protocol. She urged the adoption of a comprehensive national anti-racism strategy to curb fears that legitimate criticism of the Chinese government’s practices would spur xenophobia in Australia.

Other unanimous recommendations include the establishment of a list of companies with a high risk of using forced labour and an endorsement of work on Australian Magnitsky sanctions to punish corrupt individuals and human rights violators abroad.

Senator Kitching said one measure that could become law from the report was a reduction in the revenue threshold above which firms have to report on slavery in their supply chains.

The Human Rights Law Centre said the report was a welcome response to the grave situation in Xinjiang.

“If we want to eradicate forced labour, we need to move beyond voluntary reporting and compel companies to take action,” lawyer Freya Dinshaw said.