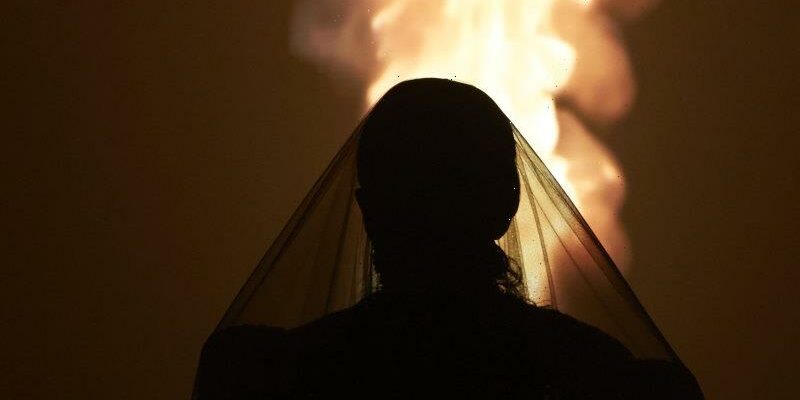 Awakening Shadow is an elevated concert, a fragmented film and depopulated theatre – an inner and outer journey through a life, a relationship and a century, whose “granites”, to borrow Wilfred Owen’s line, “titanic wars had groined”. 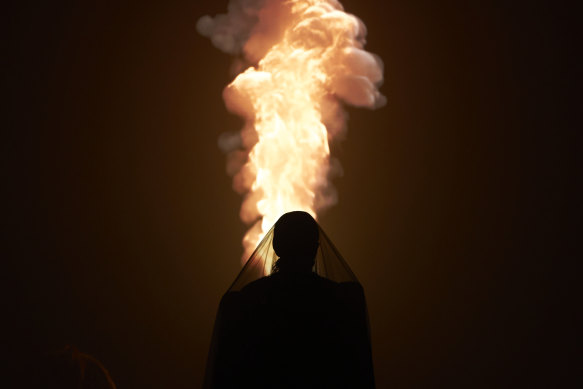 Savage’s staging of the four singers, Brenton Spiteri, Emily Edmonds, Jane Sheldon and Simon Lobelson with design by Elizabeth Gadsby and lighting by Alexander Berlage, is like a denuded ritual, by turns touching, bleak and absurd, where the sacred and the warmth of love hover at the vanishing point.

Daly used 120 cameras and a digital manipulation technique known as photogrammetry to create still images combining the intense glow of something held close-up with the remoteness of a disembodied doll while the viewer’s eye is moved around in three-dimensional space. 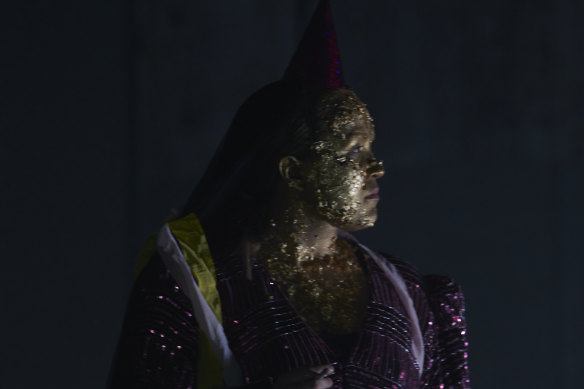 In Awakening Shadow, 120 cameras and digital manipulation created still images combining the intense glow of something held close-up with the remoteness of a disembodied doll.Credit:Zan Wimberley

For the fifth and last Canticle for tenor and harp (Rowan Phemister), The Death of Saint Narcissus, with words by T.S. Eliot, Spiteri, in female garb, sang with smooth radiance, both liberated and estranged from human passion, creating a musical culmination both rewarding and strange. In between, the Canticles were darker.

In the second Abraham and Isaac, Britten uses still, harmonious and dissonant intervals to represent the voice of God and agitated instrumental and vocal writing for Abraham’s abominable intended sacrifice of his son, a presumed reference by the pacifist Britten to the slaughter of young soldiers.

The third, Still Falls the Rain, with words by Edith Sitwell, introduces Britten’s beloved combination of tenor and French horn (Carla Blackwood) and goes deeper into the Christ-like imagery of that pointless sacrifice. In the comically staged fourth Canticle, Journey of the Magi (with words again by Eliot), the three not-particularly-wise magi draw on cigarettes, try and get the baby to sleep and wonder if it was all worth it.

Styles’ pieces began with spare anticipation of what was to come, the prelude featuring a violin recitative (Emma Jardine) with softly rustling harp and rudely punctuating piano chords. There was a turning point in Nova Stella with words by astronomers Kepler and Roeslin, in which translucent harp glissandi leavened with piano syncopations pointed to new, undreamt horizons.

By the closing piece, his music seemed to have gained the expressive fullness that Britten’s had lost, in glistening chords of iridescent clarity. This beautifully curated production from one of Australia’s most innovative arts groups lingers in the mind like the 20th century’s haunting ruins.