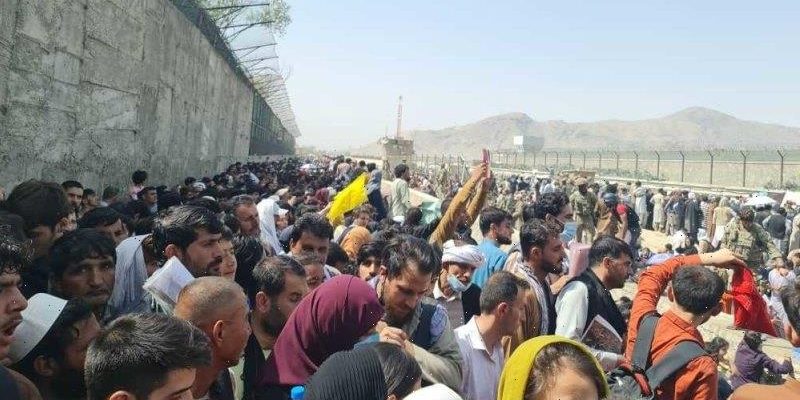 Australia will prioritise more than 15,000 Afghan refugees through its humanitarian and family reunion programs over the next four years amid claims it has been “dishonourable” by leaving hundreds of interpreters and other citizens at high risk of brutal reprisals from the Taliban.

Federal Immigration Minister Alex Hawke said on Friday the government would resettle Afghans with links to Australia as either former locally engaged employees or employees of Australian non-government organisations as well as women and girls, ethnic minorities and LGBTQI+ citizens. 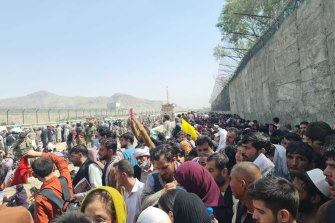 The Department of Home Affairs has received more than 32,500 applications for the humanitarian program from Afghan nationals on behalf of more than 145,000 individuals as the nation faced an economic and humanitarian catastrophe following the withdrawal of the US-led coalition in August after 20 years in the region.

The announcement came an hour after the release of a damning consensus report from the Senate’s Foreign Affairs, Defence and Trade committee – which involved several government members – that said the government had failed to support thousands of interpreters and other Afghans who risked their lives in the service of the Australian Defence Forces.

The report made eight recommendations, including the government extend all available effort to finalise visa applications for Afghan locally engaged employees and their families as quickly as possible and extending assistance to those still eligible in Afghanistan to make their way to Australia.

“The question of how we treated those who risked all to help us in Afghanistan relates to who we are as Australians and what we value. We asked these people to stand in harm’s way with Australian personnel. We have left them standing in harm’s way,” the committee’s report, chaired by Labor senator Kimberley Kitching said.

“It is dishonourable. Offering sanctuary to those whose service to Australia imperiled their lives and the lives of their loved ones, and of course, after appropriate and rigorous security assessments, is well within the expectation of the Australian public.”

In light of the changed security circumstances in Afghanistan, the report also called for a review for pathways to permanent protection visas for Afghan asylum seekers and refugees currently in Australia and prioritise family reunification when processing humanitarian visa claims.

Last-ditch evacuation efforts in the days after Kabul fell to the Taliban last year lifted 4168 people out of the capital over nine days. The 32 Australian flights included 167 Australian citizens and 2984 Afghans with approved visas.

Advocacy groups have called for a one-off additional intake of 20,000 humanitarian visa holders from Afghanistan, in addition to Australia’s existing annual cap of 13,750 places.

Mr Hawke said the increased allocation includes 10,000 places for Afghan nationals within Australia’s existing humanitarian program and at least 5000 visas within the family stream. It is on top of the initial 3000 places allocated in August last year.

He said the government would continue to monitor processing numbers and reserved the right to increase the program in future years, with the latest humanitarian intake second only in scale to its intake from Syria and Iraq.

“These priorities recognise the dangerous and volatile nature of the situation in Afghanistan, acknowledge those at greatest risk, and recognise the unique and exceptional contributions made by individuals and their families to the Australian and Coalition missions in Afghanistan,” Mr Hawke said.

He said Australia was working closely with the United Nations High Commissioner for Refugees to identify and progress cases for those most in need of resettlement.

Other coalition partners have already announced significant humanitarian programs; with Canada committing to 40,000 additional Afghan refugees, while the UK has announced a program for Afghan refugees with 5000 initial places and up to 20,000 places over the longer term. The US aims to accept 125,000 Afghan refugees this financial year.