When indie pop artist Eves Karydas starting working on her hit single Complicated, her grandfather had just passed away, her relationship was in turmoil and she was feeling creatively blocked. To top it all off, she constantly dreamed about her teeth falling out.

Flash forward almost two years and the song has become an anthem for many Australians whose lives have been upended by the coronavirus pandemic. 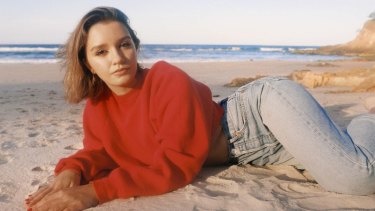 Australian singer-songwriter Eves Karydas is tipped to make the Hottest 100 thanks to her single Complicated.

“The lyrics slotted into the global conversation in a way I could never have premeditated,” says the singer, whose real name is Hannah Evyenia Karydas. “It’s been such a tough year. Everyone you speak to, it’s just been a kick in the balls. So it’s a super special song to me.”

Karydas looks set to be one of 26 acts who will make their debut in Triple J’s Hottest 100 countdown on Saturday. And Complicated – which includes lines like ‘Wish I was in love, wish I was alone’ – has a strong chance of making the top 10, according to prediction website 100 Warm Tunas.

“It’s a long time coming,” Karydas says. “I’ve been releasing music for about six years under some different monikers. I was in America, I was in the UK, I was in Sweden and going through a lot of writer’s block and imposter syndrome. I came back with Complicated last June. So this will be my year – fingers crossed.” 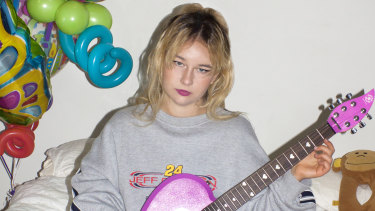 Of the 100 songs making Saturday’s Hottest list, 66 are by Australian acts, which means the year ties with 2016 for the most local entries on record.

Grace Shaw, known professionally as Mallrat, says the number of Australian artists in the top 100 is unsurprising given many local acts were still able to release new music over the past year, despite the pandemic.

“It’s riskier for bigger artists to release music at a time when you can’t support it with [an international] tour,” she says. “But it’s less risky with indie artists. So lot of Australian indie artists have continued with their music release plans.”

Shaw’s single Rockstar is tipped to land somewhere around 9th place. If so, it will be the fourth year in a row that she’s made it into the countdown.

“It feels really cool,” she says. “I usually gauge people’s connections to my songs at shows. So without that it’s kind of hard to know what people feel or think. For my song to do well… it would be really exciting and a little bit relieving as well. I didn’t expect people to keep up with new releases.” 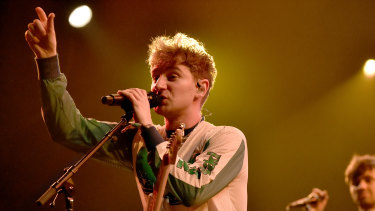 Heat Waves by British band Glass Animals is the only international song tipped to make the top 10 this year. The band’s frontman Dave Bayley has told fans he will get the shape of Australia tattooed on his bum if the song takes out the No. 1 spot.

“Our love for Australia runs deep,” he wrote on Facebook. “It is where we had our first sold-out shows. Triple J gave us some of our first airplay in the world.”

While critic reviews of Heat Waves have been mixed, Dr Jadey O’Regan, a lecturer in contemporary music at the University of Sydney, says the song does several things that are really clever.

“The song is about the breakdown of a relationship and feeling powerless to fix it,” she says. “In many ways, we have all felt a bit helpless during the pandemic.

“Musically, these ideas are reinforced. The song features a repeated chord progression for almost the entirety of the song … which gives a sense of restlessness and uncertainty. It also has a simple melody of only three notes, making it easy to sing along to and easy to remember.”

Karydas says it doesn’t matter who takes out the No.1 spot as long as there are lots of local acts throughout.

“Fingers crossed that the pointy end is predominantly Australians,” she says. “JobKeeper’s ending soon. A lot of us are on our arses. So let’s just have this day to have some music and all be together.”

Triple J’s Hottest 100 countdown kicks off at midday on Saturday, January 23. The winner will be announced around 8pm.