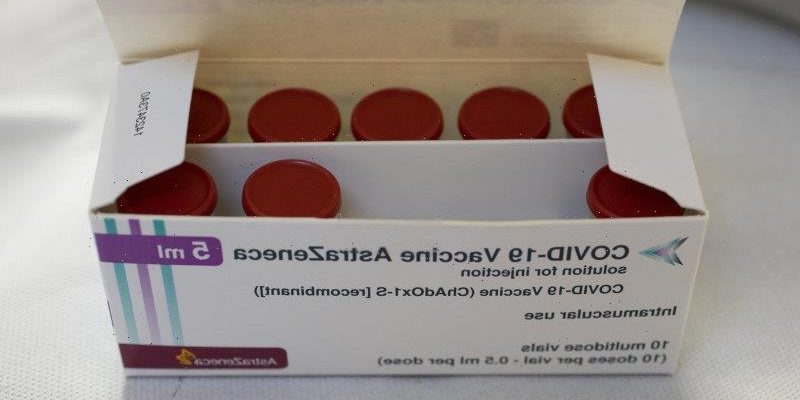 Australia has a stockpile of more than 6 million unused AstraZeneca vaccine doses, and doctors and state leaders fear many will go to waste as people increasingly turn to the new supply of Pfizer jabs promised by the federal government.

After Prime Minister Scott Morrison announced on Thursday that anyone over 16 would be eligible for a Pfizer jab by the end of this month, The Age can reveal that of the 16 million doses of the AstraZeneca vaccine that have been released to the government by manufacturer CSL, only about 8 million have gone into the arms of Australians.

A further 1.6 million doses have been sent offshore to help regional neighbours such as Papua New Guinea, Fiji and East Timor tackle COVID-19.

But about 6 million doses are yet to be used, even as more than half the nation is in lockdown due to outbreaks of the highly infectious Delta variant.

With only 29 per cent of Australian adults fully vaccinated, doctors and health authorities have urged patients not to scrap their appointments for the AstraZeneca vaccine following the Prime Minister’s announcement. The vaccine has a 92 per cent effectiveness against hospitalisation, severe disease and death.

“It is still going to be some time before people will be able to get their Pfizer and we’ve got an active Delta [outbreak] in the community, which is a dangerous and life-threatening disease,” said Karen Price, a Melbourne GP and president of the Royal Australian College of General Practitioners.

A visibly annoyed Premier Daniel Andrews weighed into the debate ahead of national cabinet on Friday, accusing Canberra of saying Pfizer supplies were coming without telling Victorians when they would be available.

“If you’ve got a vaccination appointment, please turn up and get it. I wouldn’t be banking on anything being here in two weeks. I haven’t seen that [Pfizer] stock. Is it even here? I hope that by the end of the month, 16-to-39-year-olds can get Pfizer – I don’t know whether they will be able to.” 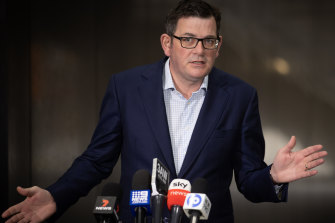 More than 1 million doses of the Pfizer vaccine are set to be rolled out across the country after Australia bought additional batches from Poland this week to boost its inoculation efforts.

But the PM’s announcement on opening eligibility to anyone over 16 caught the states off-guard, and raised concerns that more people would shun AstraZeneca due to the rare incidence of blood clots and the fact patients must generally wait 12 weeks to be fully inoculated compared with the Pfizer vaccine’s 21-day wait.

Dr Price said that even before the news of Pfizer becoming available for younger Australians, there had already been a steady decline in requests for AstraZeneca, over several months. GPs were concerned many people would cancel their AstraZeneca appointments in the coming weeks, she said.

Pfizer is already in high demand: Melbourne GP Nathan Pinskier said phones at his six clinics had been “running off the hook” as people under 40 tried to book in for their Pfizer shots early, despite appointments not scheduled to open until the end of the month.

But he said he was most concerned about patients who were over 60 and were still waiting on the Pfizer vaccine, despite being among the first to be eligible for the AstraZeneca product and at heightened risk of death and serious illness if they are infected with the virus.

“Given the current circumstance and increase in cases, it is prudent we continue to vaccinate as many people as possible, especially the most vulnerable,” he said.

CSL has a contract to provide the federal government with 50 million doses of AstraZeneca, which are produced at the company’s Melbourne facilities in Broadmeadows and Parkville. But mixed messages about the vaccine have sown confusion over its safety and led to many people holding out for an alternative.

Some doctors, such as Townsville GP Michael Clements, have even been forced to throw out batches because they could not find enough patients to take the vaccine before it reached its use-by date.

“We’ve got hundreds of doses that we know are about to expire soon, and we just can’t find anybody to take it,” Dr Clements said last month.

The Age contacted the federal Health Department on Friday to ask how it accounted for any unused doses of AstraZeneca but did not receive a response by deadline.

The company had made over 16 million doses, Mr Perreault said, and there were many doses that could be used quickly. “About 8 million or so have been utilised.”

Many of the unused doses of AstraZeneca are likely to be at GP clinics and pharmacies before being given out, and a large number of doses, as many as 1 million, could be going through testing. But millions more remain unaccounted for.

On Thursday, AstraZeneca changed the name of its COVID-19 vaccine in Australia to Vaxzevria, the same name the drug is officially known as in Europe.

The Age contacted the state Health Department, which is running the state vaccine centres, as well as other health services including Austin Health and Western Health, but most said it was too soon to say whether there had been a notable drop in Victorians cancelling their AstraZeneca appointments since the Prime Minister’s announcements.

Concerns that the stockpile of the AstraZeneca product would worsen came as NSW recorded 642 coronavirus cases on Friday, and four deaths, while Victoria – which marked 200 days of lockdown this week – recorded 55 cases. Thirty of Victoria’s cases were in the community while infectious, and with a growing outbreak in the regional town of Shepparton, Mr Andrews could not rule out the possibility of further restrictions unless the state could contain the virus.

“I know everyone wants it to be over. I know that. I understand that, but it isn’t,” he said. “If we have another weekend where people think it’s over … then this will spread and it will fundamentally get away from us.”

Mr Morrison was asked on Friday about whether his announcement about the expansion of Pfizer to 16-to-39-year-olds would cause a jump in people cancelling their AstraZeneca appointments.

“The best vaccine you can get is the one that is available right now,” Mr Morrison said in response to the question. “My advice to people is to keep going. Australia is really getting on top of this, on the vaccination program.”

Stay across the most crucial developments related to the pandemic with the Coronavirus Update. Sign up to receive the weekly newsletter.