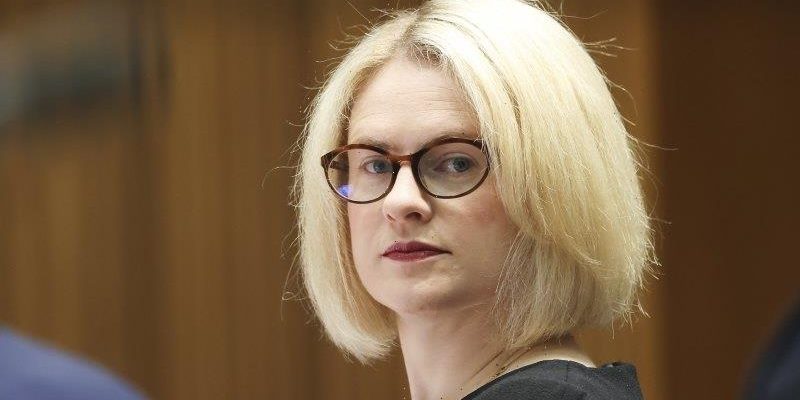 Queensland senator Amanda Stoker, promoted to the federal government frontbench this year to help drive change in the treatment of women, is backing the only man in a five-candidate field for a critical preselection race.

The federal assistant minister for women has thrown her support behind Henry Pike in the race to replace outgoing Liberal-National MP Andrew Laming for the seat of Bowman. 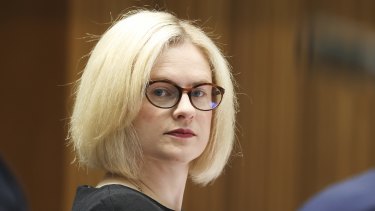 Amanda Stoker is backing the only man in a field of four women for the Bowman preselection. Credit:Alex Ellinghausen

Senator Stoker described Mr Pike, part of her religious right faction in the state, as one of her “closest friends” who was “the real deal”, in a letter of support sent to preselectors this month.

Five candidates have been confirmed for the July 3 preselection contest to replace Mr Laming, who is quitting politics after a string of allegations of online harassment and bullying against women were levelled against him.

Prime Minister Scott Morrison has made it clear internally he wants a “strong female candidate” to run in the seat, as his government attempts to address the lack of women in its ranks and series of scandal involving the treatment of women.

The three-times popularly elected mayor of Redlands City Council, Karen Williams, is among the frontrunners for the contest, having had her LNP membership fast-tracked last month to allow her to contest preselection in the Brisbane bayside seat.

Defence Minister Peter Dutton, the most senior federal Queensland Liberal MP, has written a letter of support for 33-year-old Maggie Forrest, the LNP’s honorary legal counsel, who he described as a “person of substance and integrity”. He has also written a reference for Mr Pike.

Ms Forrest has pitched herself to voters as a Christian and promoted the party as not standing for “grievance, special interest, tokenism and wokeism”.

Senator Stoker, who blamed her thumping loss for the top spot on the Queensland LNP Senate ticket last month on preselectors drinking beer with her male rival more often, said Mr Pike was “the kind of rare find that we need to attract and promote into politics”.

“He’ll be a great local member, with the potential to offer serious solution for the problems our nation faces,” she wrote.

“Henry doesn’t wilt with the kitchen gets hot. Even under pressure, he acts with good judgement, clarity and confidence.”

Mr Pike was unsuccessful as the candidate for the state seat of Redlands at last year’s Queensland election.

Mr Laming first won the seat of Bowman from Labor in 2004 and increased his margin by more than three points to 10.24 per cent at the 2019 election.

A spokeswoman for Senator Stoker told this masthead she was supporting Mr Pike because she had been close friends with him and his wife Kate for more than a decade, and she was confident he would make “an outstanding member of Parliament”.

“As the assistant minister for women, not supporting any of the quality women is one thing,” a senior LNP source said.

“But the factionalism that she and the religious right have brought to the seat is really unsettling for a lot of members. It’s not been this way in the seat for more than 20 years. It is not how it’s been done here and people don’t like it.”

Senator Stoker’s appointment to her position earlier this year was criticised because she had been vocally anti-abortion and been accused of anti-trans rhetoric.

She has also accused fellow women within the Liberals, including former Queensland party leader Deb Frecklington, of being “weak” and “playing the gender card” when making accusations of internal bullying.

In March, Australian of the Year Grace Tame criticised Senator Stoker’s appointment to the portfolio over her previous support for a men’s rights activist. She said Ms Tame’s claims were “passionate but not informed”.

Mr Morrison has nominated Home Affairs Minister Karen Andrews, who is based on the Gold Coast, as his proxy when preselection votes are cast.

Labor announced its candidate, Donisha Duff, an Aboriginal and Torres Strait Islander woman with a background in health, education and youth support in April.