The game has modernised in some ways since it first launched over 16 years ago, but the idea of collecting locations around a Monopoly board, just like the real thing, has remained the main draw. 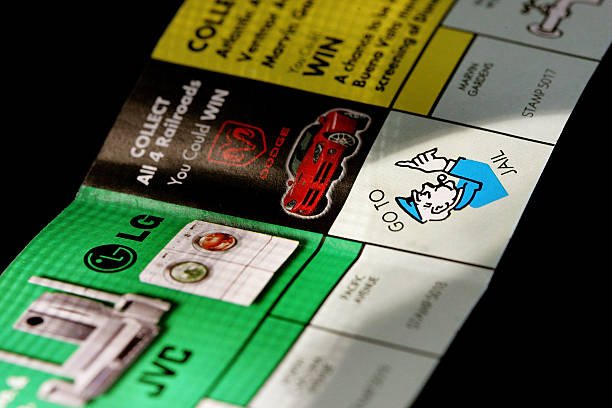 Normally the competition takes place around spring time and in 2020 the promotion was due to start shortly before it closed all 1,350 branches on March 23 because of the coronavirus crisis.

We've revealed already this year the cheapest meal options you'd have to buy to win prizes.

Plus McDonald's has confirmed that hundreds and thousands of players win big every year.

But what fans want to know is if you can still pick up the classic McDonald's Monopoly board from the restaurant.

We explain everything you need to know.

What is McDonald's Monopoly?

McDonald's Monopoly first launched in 2005 and works in a similar way to the classic Monopoly board game.

When you collect a set, you get a prize, and there are also "instant wins" which allow you to claim your goodies right away.

🔵 Read our McDonald's Monopoly live blog for the latest updates

Lucky punters can win up £100,000 in cash, an Ibiza holiday, a hot-tub or a £1k home entertainment voucher in the competition.

Each piece represents a tile on the Monopoly board like in the real game too, which you always used to be able to pick up for free in the restaurant or play along online.

Do I need a board?

While the game required a board when it was first released as you could stick your prizes onto it, in recent years you've been able to play along online anyway.

So in short, you don't need a board to take part in McDonald's Monopoly.

That's especially the case if youre someone who is more keen to cash in on some instant wins instead of the big prizes.

If you want to claim the food or drink items on the instant win tickets you'd have to keep them separate anyway, and bring them with you when you go to claim the freebies at the restaurant.

When the boards were available in restaurants they were subject to availability anyway, and if you weren't quick enough to snap one up you'd have to take the online option instead.

Are the boards available this year?

McDonald's confirmed in its FAQs that a picture of a game board is still provided on some types of trayliner in restaurants.

That means it's not guaranteed your order will come with one when you're dining in, it's just down to luck and resources in the branch as to what your tray is lined with.

It also means if you're collecting a takeaway or ordering with Uber Eats you won't find one in the bag provided.

But it's not clear if you can pick up an actual board from staff in the restaurant regardless – we'll update this story once we know for sure.

You can download a 3D model or PDF version of the board online though.

McDonald's explains that these versions of the board are really just for information however.

If you want the online copy physically you'll need to get it printed too which could eat into your household budget, so keep this in mind, especially if you're printing in colour.

How long do I have left to play?

So there's only a month left to play and get you hands on the prizes.

Although, some customers were left confused over seemingly expired tickets in this years game.

As a result of the postponed playing time this year, the game was supposed to end back in March but players have been able to claim rewards this summer instead.

You don't have to have been playing from the very beginning either as you can join in at any point before the competition closes, and add to your board, virtually or in person whenever you like.