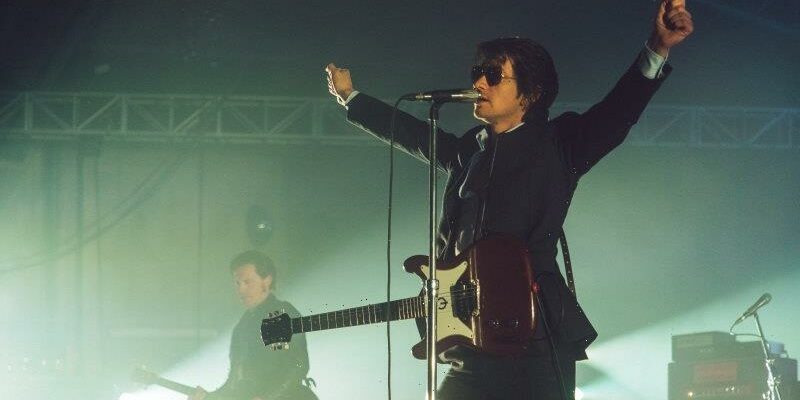 The evolution of Arctic Monkeys is one of the strangest in modern popular music. From becoming the bratty teenage poster boys for post-Britpop in the mid-2000s to the spacey, adult-contemporary lounge of their seventh and latest album The Car, the chameleonic quartet has moved through a range of genres and moods – and their loyal fans have moved with them. 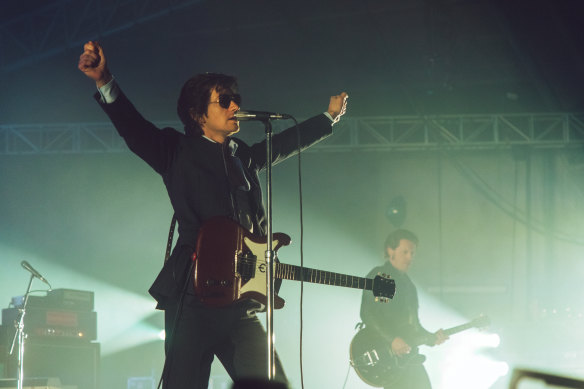 True to Melbourne form, it’s freezing for the first show of an outdoor two-night stand in the middle of summer. But there’s no deterring the ravenous crowd, young and old, as is evident from the roar erupting the moment magnetic frontman Alex Turner appears.

He cuts a singular, Dylanesque figure – suit, shirt unbuttoned to a borderline impolite depth and, despite the night rapidly falling, sunglasses that never leave his face. It’s classic rock star stuff which would be obnoxious in lesser hands, but Turner plays it with ease. A single, smouldering look sends the crowd wild. He gesticulates with such grandiosity it is like watching a messiah – judging by the reactions of some fans, this is church, anyway.

Surprisingly, the set list is more of a career retrospective than one might expect for a tour off the back of a new album – it’s not just the singles, either, with deep cuts from the group’s versatile back catalogue getting a run. Expanded to a seven-piece live, the well-oiled band shows their chops on extended jams against a colour-changing curtain and simple lighting rig. They seem to exist separately from the audience, such is the lack of chatter – they plug in, turn it up and let it rip. A little more interaction may not have gone astray, but tonight it’s all about the music. 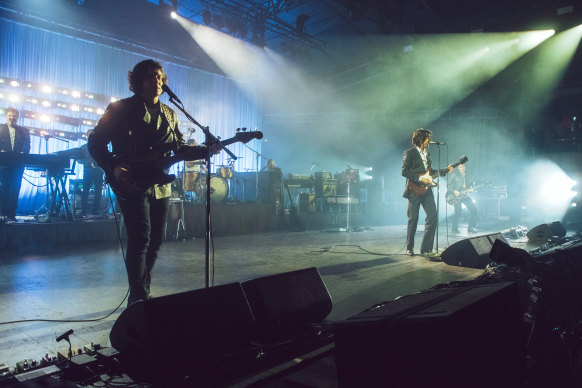 Arctic Monkeys showed off their versatile back catalogue at a performance in Melbourne.Credit:Rick Clifford

The Monkeys’ earlier and later material are sonically worlds apart, but the songs sit side-by-side comfortably – opening number Sculptures of Anything Goes easily segues into 2007’s furious Brianstorm – though some older tracks are rearranged to better suit this new vibe. The crowd matches Turner word for word, even on the fast-paced tongue-twisters like Why’d You Only Call Me When You’re High? (a notable omission from the band’s last Melbourne show in 2019) and Teddy Picker. Rollicking debut single I Bet You Look Good On the Dancefloor still delights close to two decades (gulp) on.

By the time the encore rolls around, a disco ball sits high above the pit, which has long transformed into a pulsing dancefloor. A solid – what else? – four stars out of five.