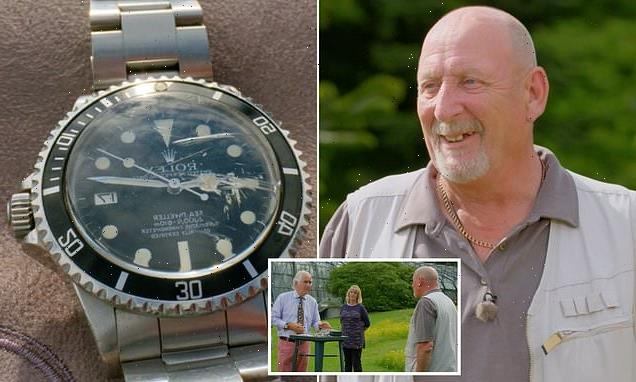 Antiques Roadshow guest is left speechless after learning the Rolex watch he bought for £400 and ‘left in a drawer for 30 years’ is worth £20,000

An Antiques Roadshow guest said he was ‘absolutely staggered’ last night, after learning that an old Rolex he’d left in a drawer for 30 years is worth £20,000.

The man, whose name was not shared on the show, brought the timepiece to the Royal Botanic Garden in Edinburgh to be valued by expert Richard Price.

Alongside the watch, which had severe scratches to the glass but otherwise appeared to be in good condition, the man had brought his original bill of sale.

Upon seeing the watch, Richard asked the guest if he was a professional diver, revealing that he asked everyone who has this type of Rolex the same question. 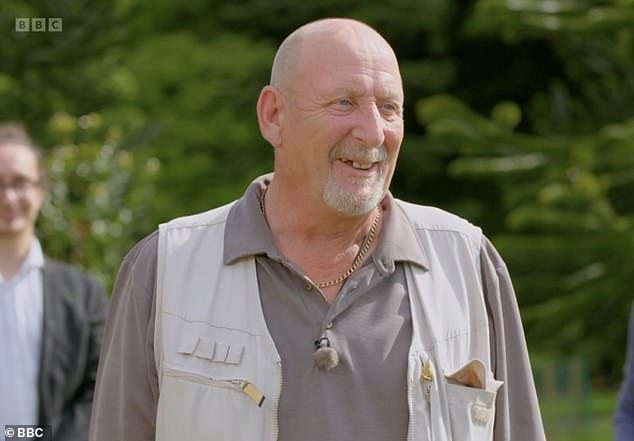 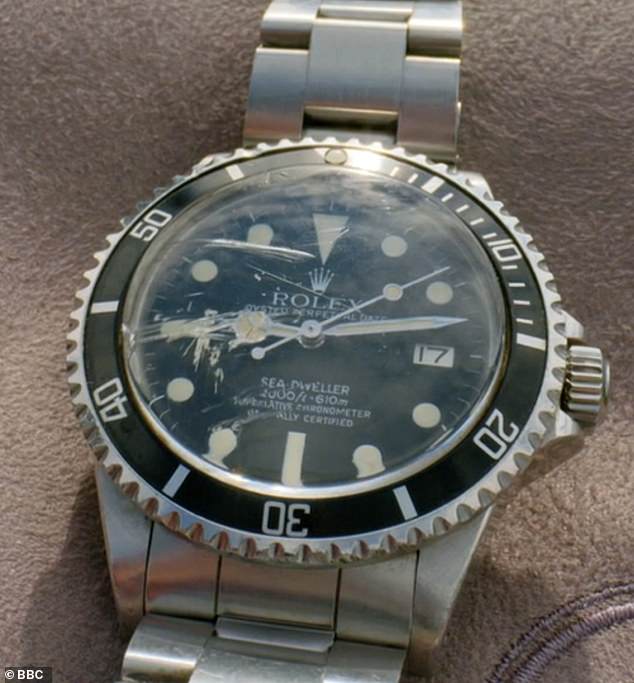 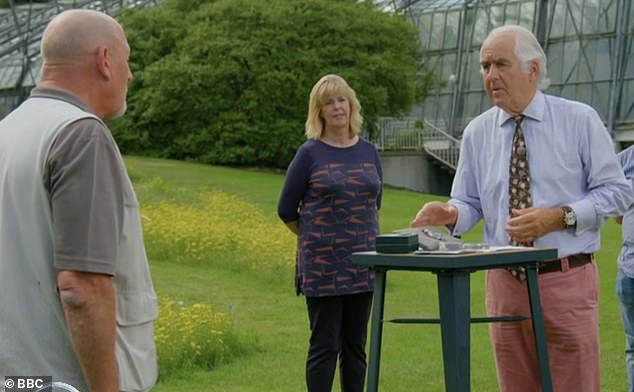 Expert Richard Price (pictured, right) said he always asks people who own this type of watches whether they are professional divers – but this guest wasn’t

The guest replied that he isn’t, adding: ‘I was aware that Rolexes made the best watches and my brother-in-law had a Submariner – he said if you’re going to buy one, buy the Sea-Dweller.’

Describing the item, Richard said: ‘This particular one is all described in your original invoice so you bought it new, January 1982. And this is the iconic 1665.

‘You mentioned Submariner and initially it had in red writing Sea-Dweller and Submariner on the dial. 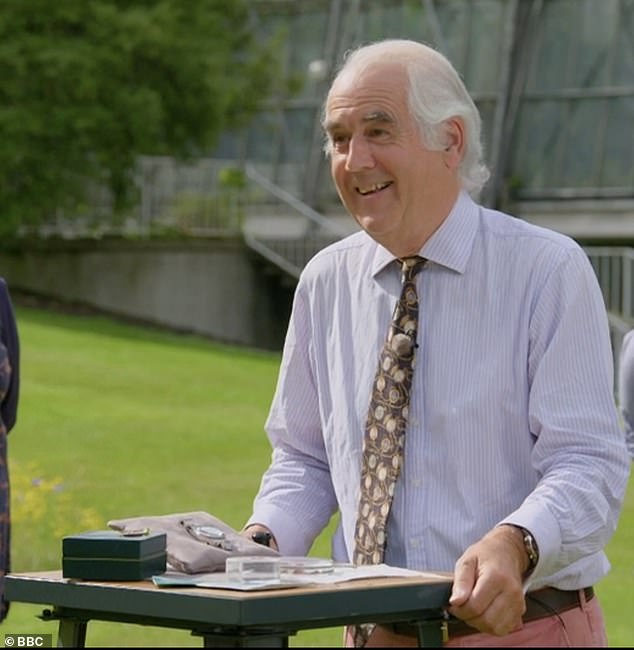 Richard Price (pictured) appeared happy to shared his valuation, and the good news, about the Rolex, with the programme’s guest 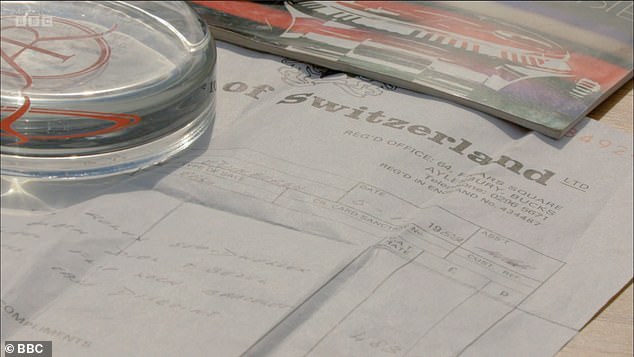 As well as bringing the watch, the man also brought the original bill of sale, detailing when and where he had bought the timepiece 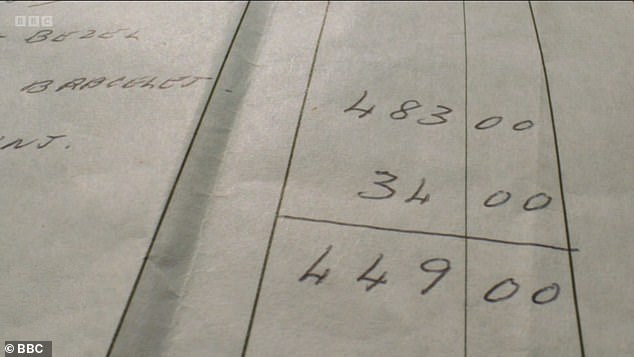 The bill of sale showed that the watch was originally priced at £483, but as the man paid cash, he received a £34 discount, paying a total of £449

‘This one is the last in the series of what collectors refer to as the great white, for obvious reasons, because it’s got the white writing rather than the red.’

When Richard asked whether the piece had been ‘overhauled’ and cleaned by anyone, or whether it was in its original condition, the guest admitted that he can’t remember, because ‘it’s been lying in a drawer for 30 years’.

Saying that the only thing he could fault it on was the glass being scratched (the result of a cycling accident), Richard offered up his valuation.

He later added that he’d brought the watch after seeing others valued on the programme, and had thought it may be worth some money, but that the valuation had ‘just amazed’ him.

Richard replied: ‘Do you know what I’d do if I was you? I’d take off that Quartz that you’re wearing and wear this for a little bit.’ 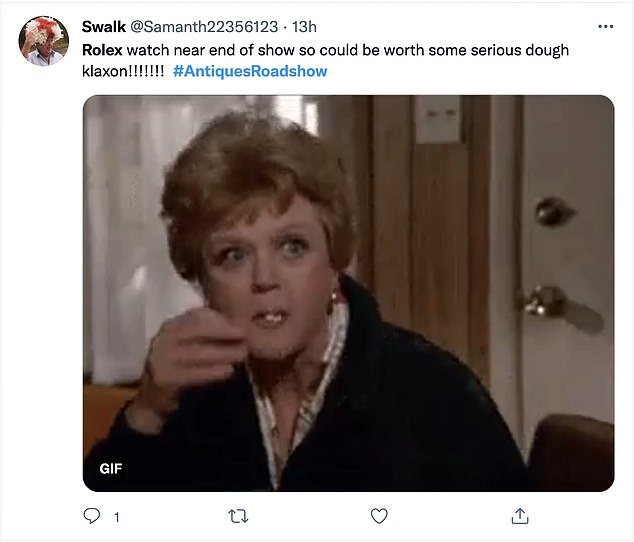 Twitters users took to the platform to share their views on the expensive timepiece, with some appearing staggered by the value of the Rolex

Viewers took to Twitter to express their thoughts on the find.

Some seemed impressed with the watch’s value, with one writing: ‘Rolex watch near end of show so could be worth some serious dough klaxon!!!!!!! #antiquesroadshow.’

Others were less surprised by the item’s value, with one commentator saying: ‘Anyone bringing a Rolex in knows exactly how much it is worth #antiquesroadshow.’