Every Easter, we have a debate about replacing the Easter Bunny with the Easter Bilby. This year, another exotic native has also emerged from its comfortable nest. Its distinctive cry, the warbling sound of the Angry Nimby, echoes around our suburbs.

From Sandown to Collingwood, Alphington to Maribyrnong, and Camberwell to elsewhere across the vast sprawl that makes Melbourne one of the most dispersed of cities, the Not In My Back Yard song can be heard. But the plumage of this neighbourhood regular is changing. 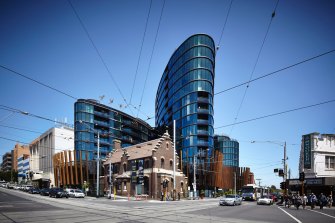 The Aerial apartments in Camberwell defied critics and were built at the junction.Credit:Tim Doutre

Typically, the Nimby is fiercely protective of its habitat, whether endangered or not, and swoops and harasses intruders, often forcing them to beat a hasty retreat or at least to take evasive action. It can often disguise its true intentions, mouthing platitudes about local amenity and grassroots community while disguising a singular concern with property values. The leafy affluent eastern suburbs have long hosted thriving colonies of this Nimby variant, finding in particular the Camberwell precinct so attractive it is allergic to any change.

A new sub-species of the Nimby has been seen in the inner city this past week – the plumage showing a new green outer skin. The City of Yarra, with a Greens councillor majority, tried to impose a massive fee hike on grassroots sport clubs – triggering howls of outrage – and also rejected a state government proposal for a social housing development in the precinct around the Collingwood Town Hall. Years of work on a plan to provide 200 units — 100 of them for social housing — has been abandoned as the council refused to endorse the state government plan. 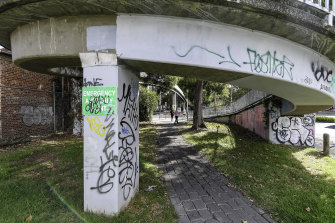 The Greens majority on the council is uncomfortable about the involvement of any commercial property developer. The state government wants to draw on the successful Carlton template of mixed-use medium-rise apartments, a model that avoids public housing ghettos and relies on commercial sales for a cross-subsidy.

Planning Minister Richard Wynne, who has been pushing this concept since he was a ministerial adviser in the Cain government, is furious. His exasperation is shared across the housing sector.

Yet again, the Greens fail to understand compromise. It can be so hard to achieve any results at all in politics. It is well understood that 75 per cent of something is better than 100 per cent of nothing. 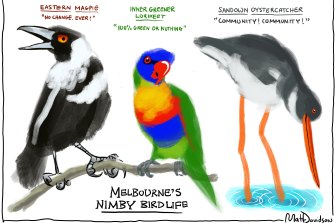 A sighting of the Nimby in Springvale suggests an unusual capacity for migration during autumn. Like in Collingwood, many years of work to transform the under-used Sandown Park racing track into a new mini-suburb is being challenged by the neighbours. The elusive Sandown Nimby says they are motivated only by what is best for the community.

In-fill developments, as these types of urban renewal projects are labelled, are not new. The Brunswick brickworks transformed from ugly urban scar to a thriving mini-metropolis. A massive industrial site in central Richmond was wonderfully repurposed years ago. The nearby CUB brewery will one day go the same way. The Alphington paper mill is well advanced in its reinvention, and the Maribyrnong munitions dump will be another. It is all about improving density in an otherwise sprawling city. 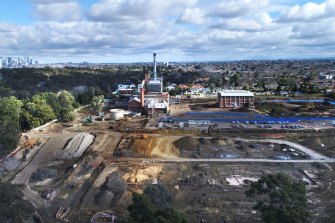 The redevelopment of the Alphington paper mill – pictured here under construction in 2017 – was strongly opposed when it was first mooted.Credit:Joe Armao

Higher density makes sense for a zillion reasons. Better use of expensive infrastructure, fewer cars for lengthy commutes, less intrusion into green wedges on the urban fringe as well as cultural and community benefits that flow from getting families out from behind their protective fences all make for a compelling case. The strident call of the Nimby always opposes any project.

Intriguingly, these local government tussles are playing out on a bigger political scale. This past week, the federal Greens, under the leadership of Adam Bandt, announced their intention to target nine critical seats in the looming federal election. Four of the seats are held by the Liberal Party and five by the ALP. Four are in Victoria and three in Queensland, with one in NSW and one being the seat of Canberra. All are held by their incumbents on slim margins. The Victorian seats are Kooyong (Josh Frydenberg, the Treasurer, based around Hawthorn and Camberwell), Higgins (Dr Katie Allen, Liberal, based around Malvern and Toorak), Macnamara (centred around Caulfield, held by the ALP’s Josh Burns) and Wills (Peter Khalil for the ALP, based around Coburg).

The Greens hope that by claiming some or all of their targeted seats, they may hold the balance of power in a hung Parliament. Bandt is urging left-leaning ALP voters to instead back the Greens. He promises that if they get control of Parliament – a long-held dream – they will force the ALP (for realistically that is who they would align with) to adopt a billionaire’s tax and stronger climate action in exchange for a chance to govern.

But if the Greens at local government level, where they have made an impact in Victoria and NSW in recent years, are unable to deliver on complex projects, and are reluctant to compromise in order to land a result, then what would it mean if they controlled Federal Parliament? What song would they sing then?

Jon Faine is a regular columnist.

Our Morning Edition newsletter is a curated guide to the most important and interesting stories, analysis and insights. Sign up here.