“‘Freddy’ Frederick Michael Dillard is here!” the couple announced via the Dillard Family blog on Monday, July 11, along with a sweet photo of the newest addition to their family. “Frederick was set to arrive later in July, but he decided he wanted to come a little early (the day before big brother Samuel’s birthday!), so we had our planned C-section a bit before originally planned.” The proud parents added that both Duggar, 30, and the baby are “healthy and are enjoying bonding while we look forward to bringing him home from the hospital soon!”

In their post, the former reality TV personalities revealed that they chose the name “Frederick” as a nod to Dillard, 33, and his father. “The name Frederick also holds special meaning for us since it’s Derick’s name with ‘Fre’ added to the front, to make ‘Fre-derick,’” the pair wrote in their blog post.  “Similarly, Derick’s name is a variation of his late dad’s name, Rick, that his parents created by adding ‘de’ to the front of Rick … literally meaning son ‘of’ (de) Rick.  We were excited to settle on the name Frederick and incorporate both Derick’s and his dad’s name.”

The Counting On alums welcomed sons Israel, 7, and Samuel, 4, in 2015 and 2017, respectively. While trying to expand their family, Duggar suffered a pregnancy loss in November 2021. 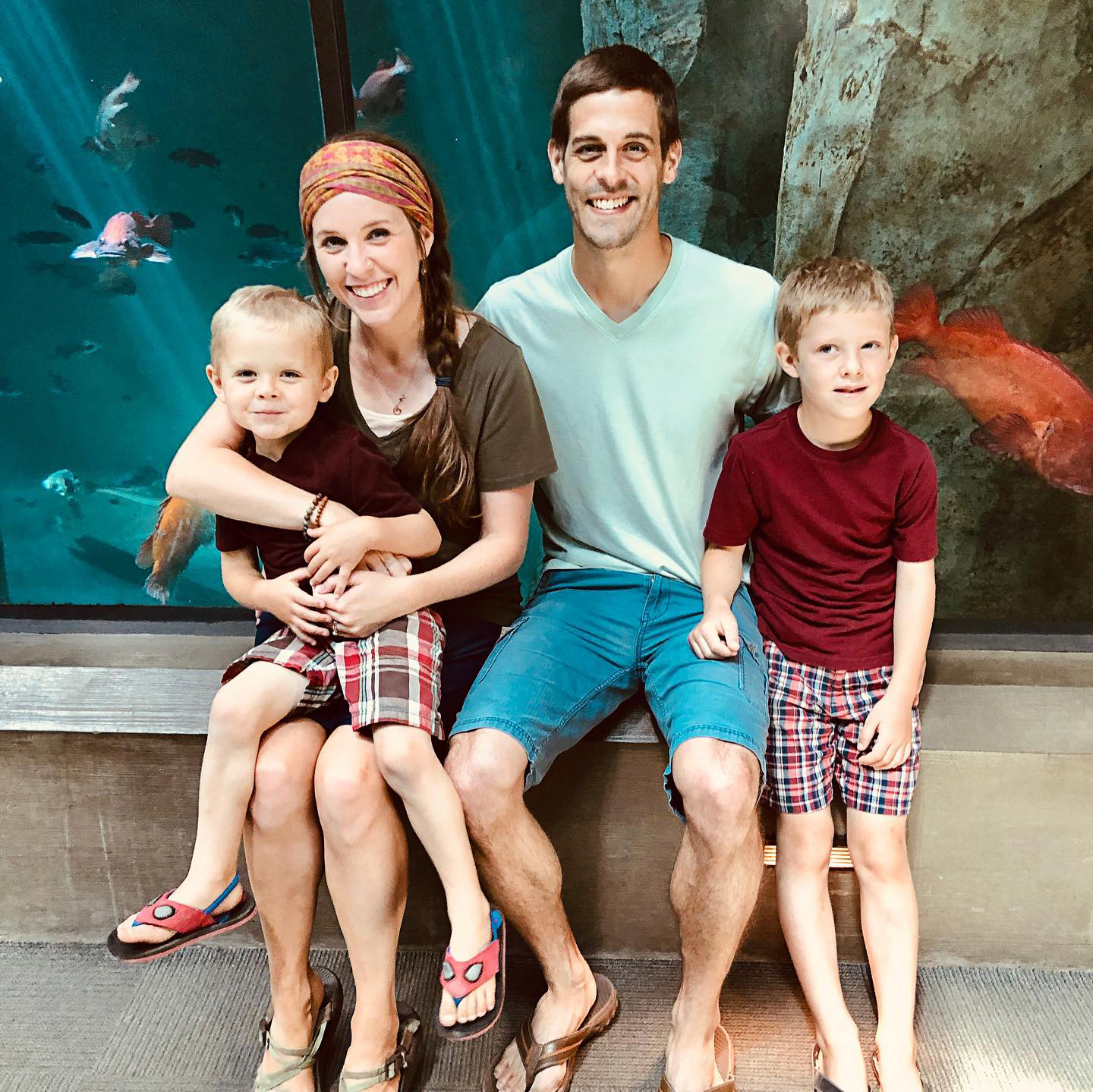 “We recently found out we were expecting our third baby,” the former reality stars wrote in a statement at the time. “We were thrilled! However, a few days later we started miscarrying. We love and miss you, River Bliss!”

Duggar Family: Meet the Next Generation

The duo went on to share the inspiration behind their chosen moniker, explaining, “One meaning for River is ‘tranquil,’ and here in Arkansas, rivers are often a serene, beautiful escape in nature. … Our baby doesn’t get to live here with us on earth but is forever with the source of the river of life in the presence of the Lord!”

Three months later, the couple revealed that they had conceived again. “We’ve been keeping a little secret!” the former TLC personalities wrote on their blog in February. “Ever since we were devastated last fall by the miscarriage of our sweet baby, River Bliss, we have prayed that, if it was God’s will, he would bless us with another baby. … We are so thankful for a healthy baby and pregnancy so far and we look forward to finding out the gender soon!”

Israel and Samuel helped their parents with their sex reveal in March. “We all found out together that another little boy would be joining the Dillard tribe!” the 19 Kids and Counting alum wrote at the time. “[We started] off by eating breakfast together at a local restaurant called the Buttered Biscuit. Then we did a little shopping before heading to our appointment to learn the exciting news. We are thankful to have a healthy baby boy due in July! Your continued prayers are much appreciated.”

Ahead of their son’s arrival, the expanding family moved out of their Arkansas home.

The Duggars: A Comprehensive Guide to the Famous Family

“We are sad to say goodbye to our very first home that we bought three years ago but pray it brings much joy to the next family who will get to make memories here. We are moving for a new job Derick recently accepted and are super excited for new adventures!” Duggar told fans in April, one year after 33-year-old Dillard’s 2021 law school graduation.