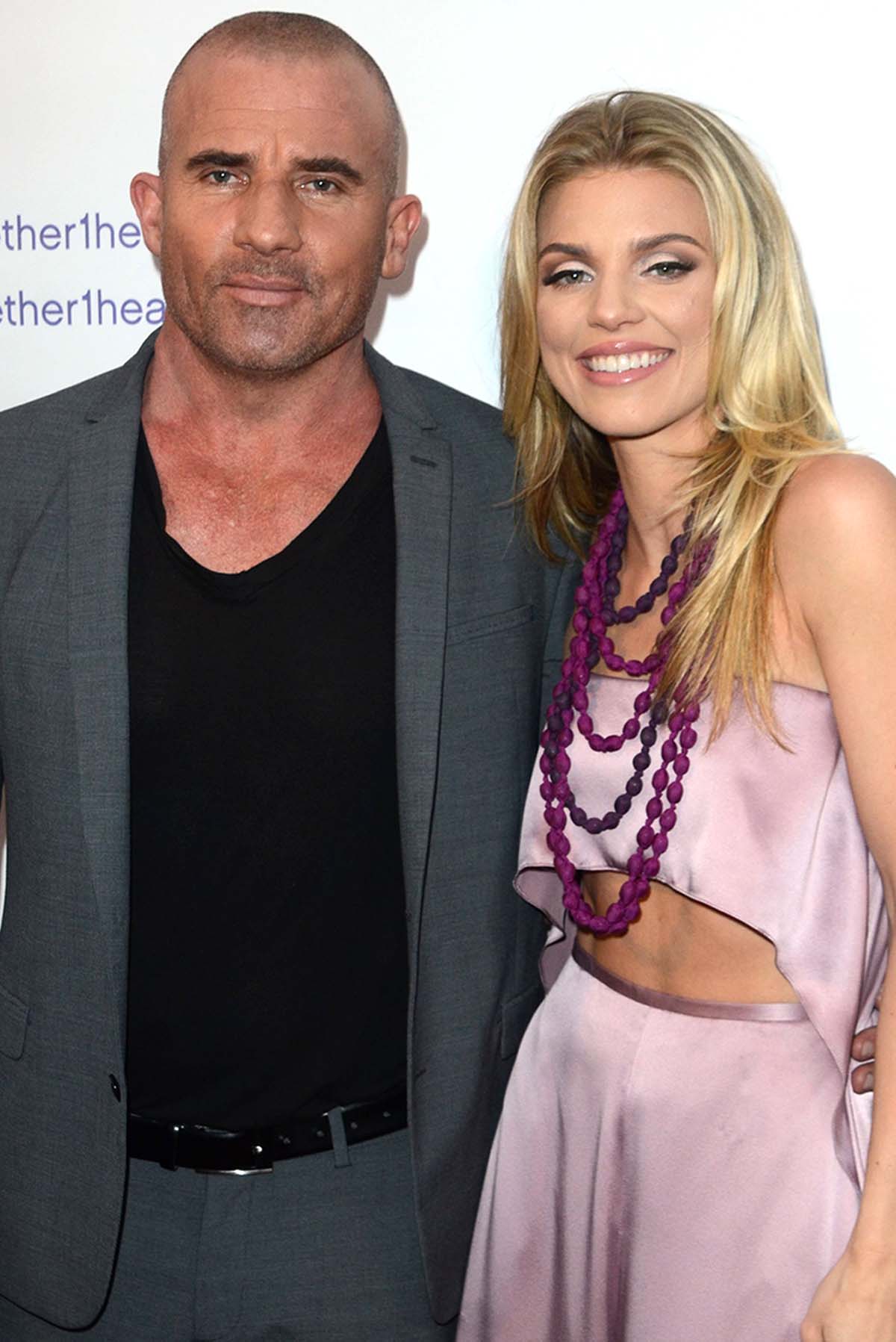 After developing trauma from past sexual abuse, AnnaLynne McCord was able to deal with parts of her past with help from then-boyfriend Dominic Purcell.

“I was going through severe panic attacks and started to undergo PTSD treatment,” the 90210 alum, 34, explained in an interview for Giddy’s Bare on Wednesday, September 29. “I literally went into bondage, like BDSMS — bondage, domination, sadomasochism because I couldn’t feel anything.”

At first, McCord tried to “pretend like this is not happening” by throwing herself into her career.

“Work is an addiction, too,” she shared. “And 90 hours a week working, getting a red-eye, going to all these other gigs that I would have scheduled so I never had a moment of stillness so I never had to think about it again.”

After feeling “completely numb” from “such severe sexual abuse at such a young age,” McCord’s romance with Purcell, 51, “changed everything” for her.

“A lot of times we attract what we are. And especially if you haven’t realized your shadow, if you haven’t realized what’s underneath the surface, and I had realized absolutely f–king nothing. So, he was a mirror back to me,” she explained on Wednesday. “So many things that happened to him different versions of the same thing had happened to me and vice versa. Dom created space for me but he called me the f–k out. He did not take bulls–t and that’s why I trusted him. I trusted no masculine energies, I trusted no men. Because I figured, ‘I’m going to push every f–king button that you have. And if you cave, I can’t trust you.’”

The pair originally started dating in 2011 before going their separate ways three years later. They reconciled in 2016 and dated for two more years before calling it quits once more.

Even though the Nip/Tuck actress and the Prison Break alum are no longer together romantically, McCord still considers him an important part of her life.

“There are many reasons why that man forever will be my forever person,” she noted. “Literally, he’s staying at my house right now. We’re not together. … We’re family is what it is now.”

If you or anyone you know has been sexually abused, call the National Sexual Assault Hotline at 1-800-656-HOPE (4673). A trained staff member will provide confidential, judgment-free support as well as local resources to assist in healing, recovering and more.