sex and the city

Fourth woman accuses Chris Noth of sexual assault: ‘We should have our day in court’

From the moment photos from the set of “And Just Like That…” first surfaced this summer, fans couldn’t help but wonder about the fashion featured in the “Sex and the City” revival.

But not all the style sneak peeks were met with equal excitement; when internet sleuths incorrectly identified one of Carrie’s dresses as a Forever 21 find, fans feared she’d traded designer duds for fast fashion.

And while the paisley look didn’t have a label, it boasted a price tag ever Forever 21 probably couldn’t beat.

“He bought it many years ago for $5 or $6,” Rogers told us. “We later learned that Forever 21 did have a [very similar] dress, but knocked off something from an Indian designer. Given how long Danny had the dress, we think it was probably from the original designer.” 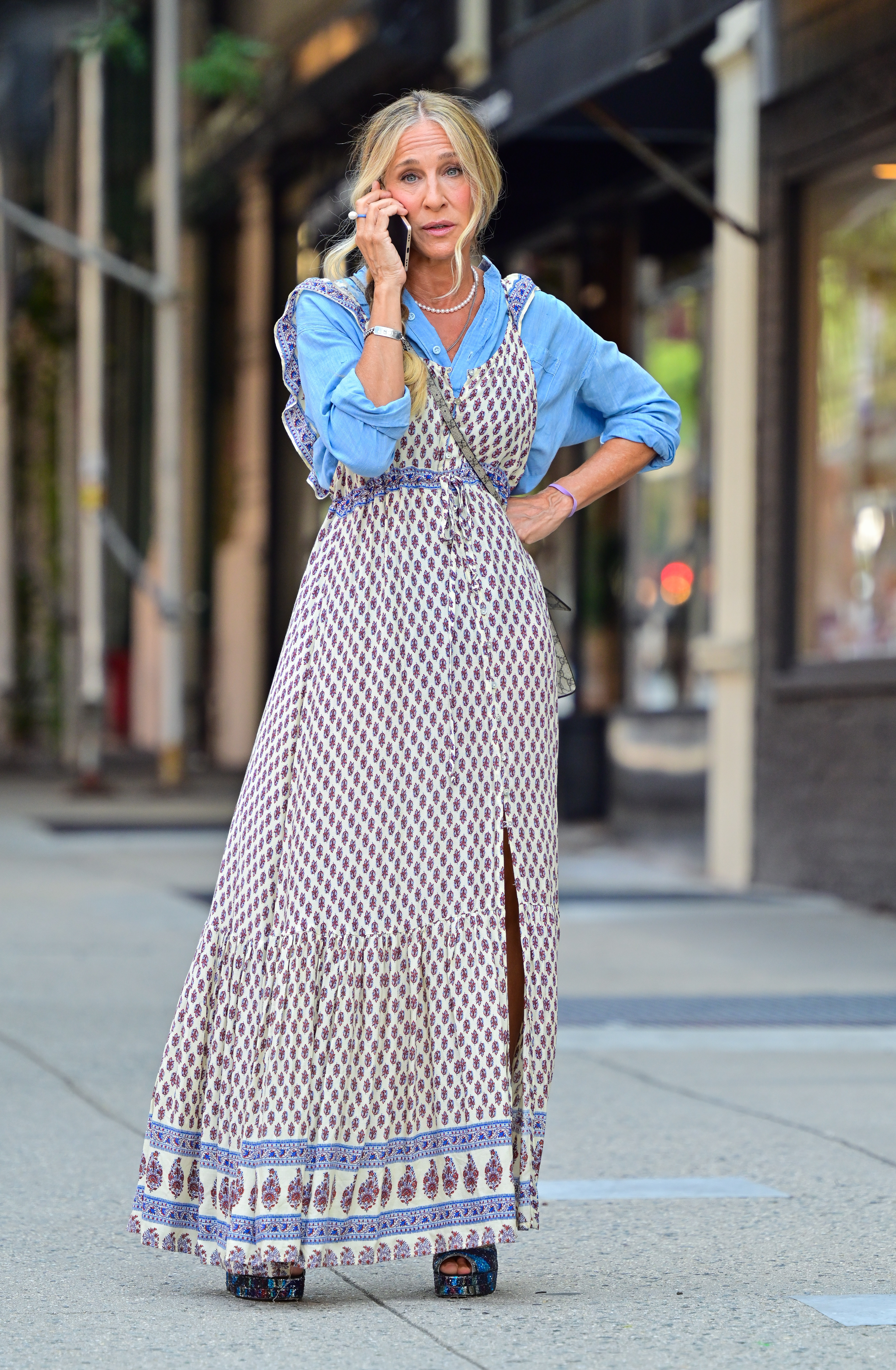 While fans were also divided over the decision to style the dress with a blue button-up shirt, Rogers felt it was a perfect combo for the scene in which Carrie confronts Natasha (Bridget Moynahan), Mr. Big’s ex-wife.

“[Showrunner] Michael Patrick King wanted her to be in something ‘not Carrie,’” she explained. “It was Sarah Jessica’s idea to include the shirt with the bird underneath.” 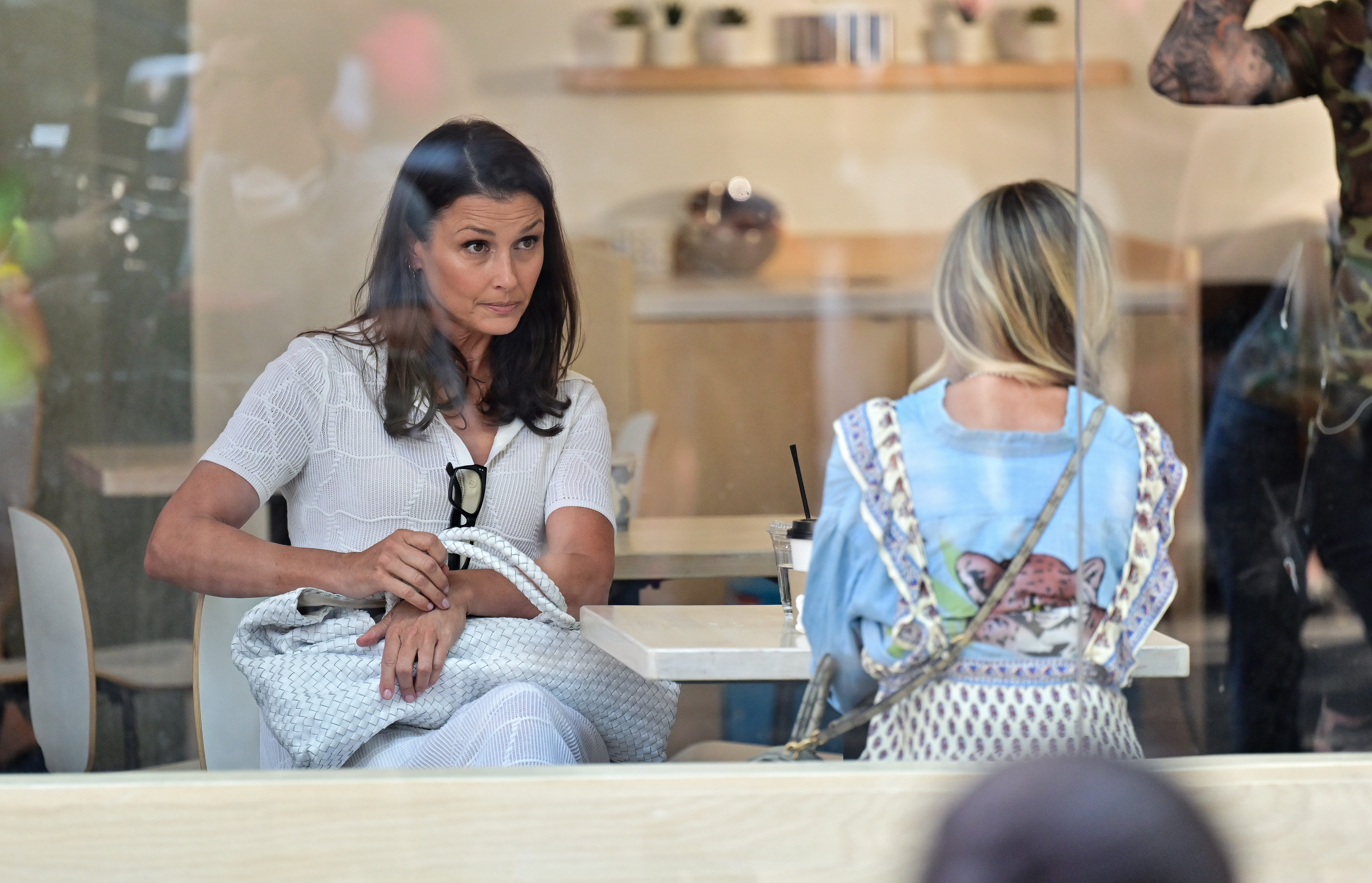 The style selection wasn’t the only way Parker influenced her character’s clothes, however. According to Rogers, the “amazingly collaborative” star not only “brought her point of view and strong fashion sense to every fitting,” but also hauled some of Carrie’s original pieces out of storage for the shoot.

“We were so lucky that Sarah Jessica had all the looks in her archives that she opened up to us,” the costume designer said, pointing to the studded Streets Ahead “Roger” belt ($598) seen in the first “Sex and the City” movie as a particular “fan favorite.” In HBO Max’s new series, Carrie pairs it with a pink Carolina Herrera dress.

“We were glad to be able to ‘Roger’ that,” Rogers quipped of the beloved belt. 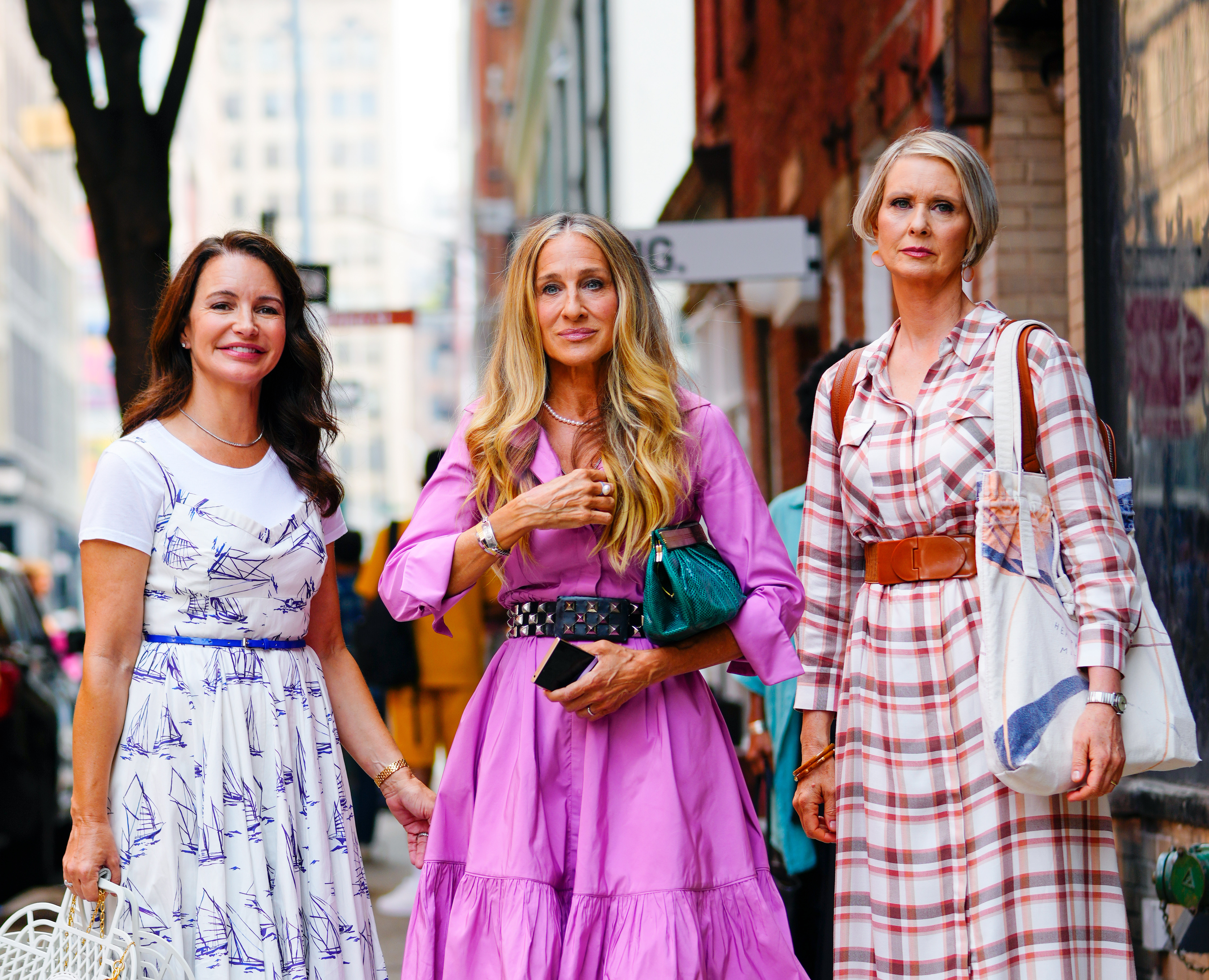 That’s not the only pre-loved piece viewers will spy onscreen; Rogers and Santiago “shopped a lot of resale, vintage, and thrift” to build out characters’ wardrobes, scoring handbags, jewelry and designer clothing from stores like Arcade and A Current Affair as well as online retailers including ThredUp, The RealReal and Fashionphile.

“[Vintage] was a hallmark of the costume design of ‘Sex and the City,’” said Rogers, a protégée of original “SATC” costume designer Patricia Field.

Fans even have thrifting to thank for the triumphant return of Carrie’s tutu — the first iteration of which, incidentally, also cost just $5 — as Rogers told us she shopped secondhand crinolines for the show. 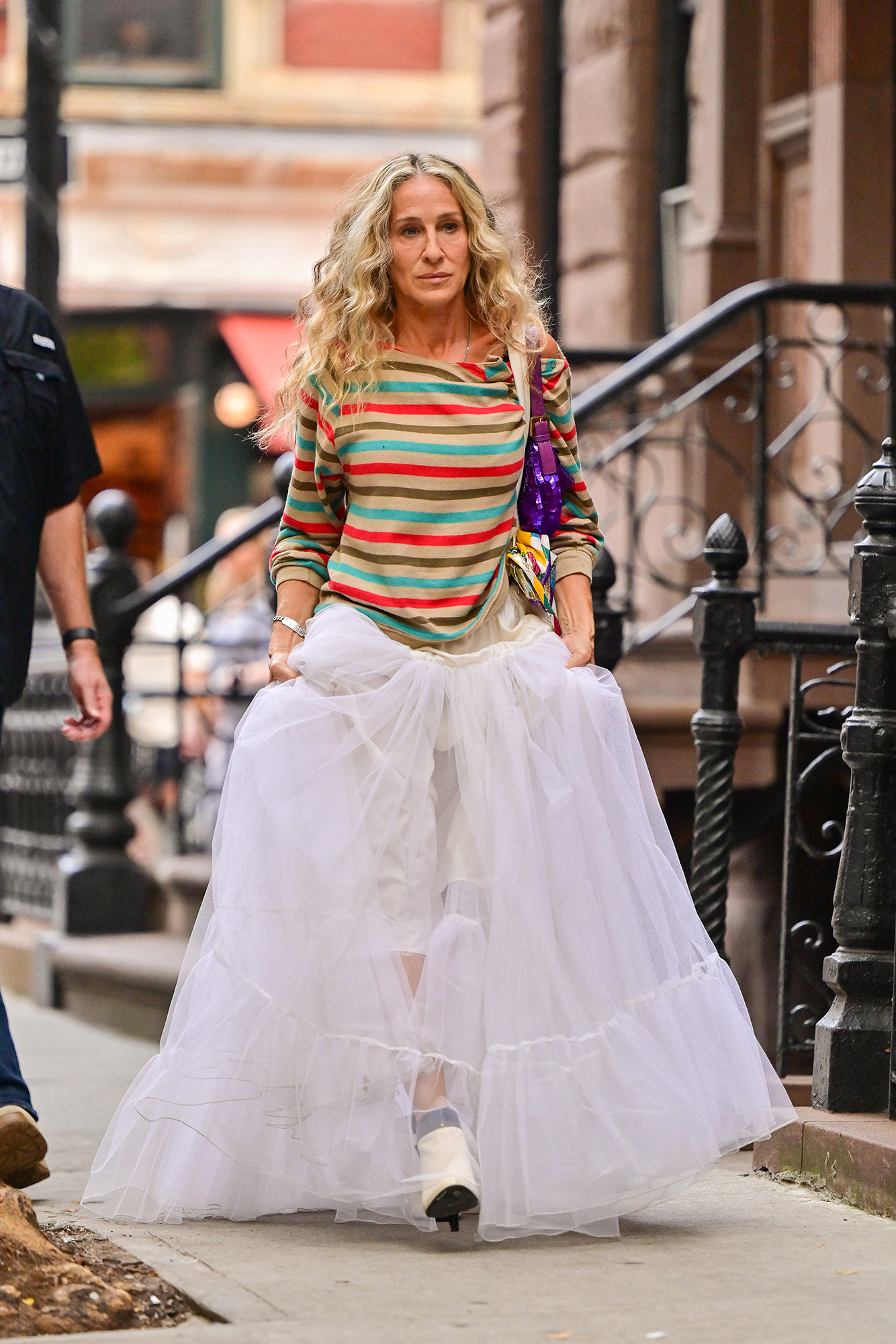 In that same spirit, she and Santiago have partnered with ThredUp on a trio of curated collections that capture the “And Just Like That…” aesthetic. “The Statement Maker” is packed with colorful, quirky finds Carrie would love, while “The Polished Romantic” features Charlotte-worthy preppy pieces and “The Laid-Back Power Dresser” focuses on relaxed tailoring, à la Miranda.

The online resale platform is donating 100% of the proceeds to the Willie Garson Fund at YouGottaBelieve.org, which connects children in foster care to loving families. Garson, who played Stanford Blatch on the show, died of pancreatic cancer in September. 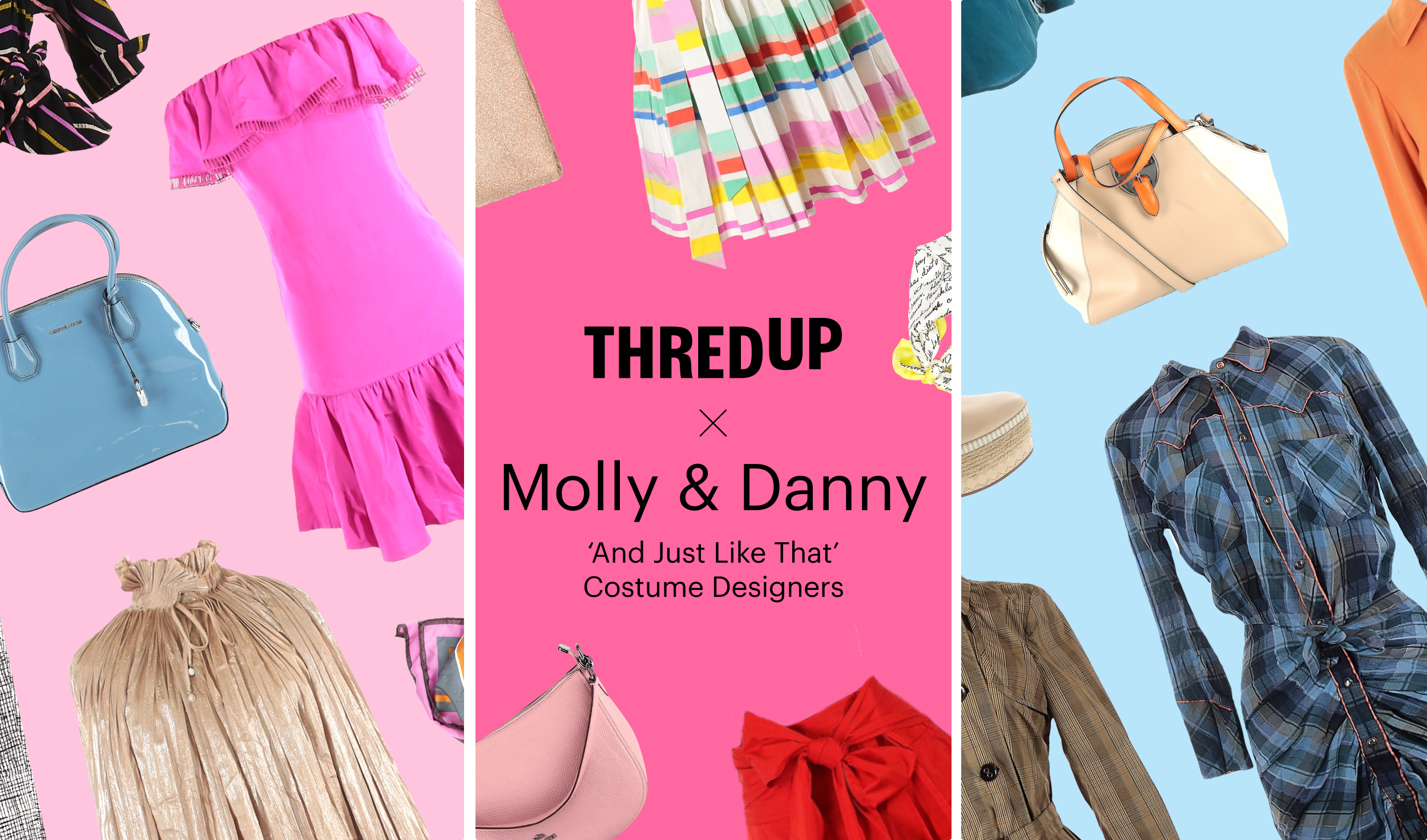 And although the three edits are clearly based on the series’ leading ladies, Rogers insists they’re “not about dressing like a character you see on TV.”

“[They’re] about finding some inspiration to create your own unique and special looks and having confidence in what you love for you,” she said. 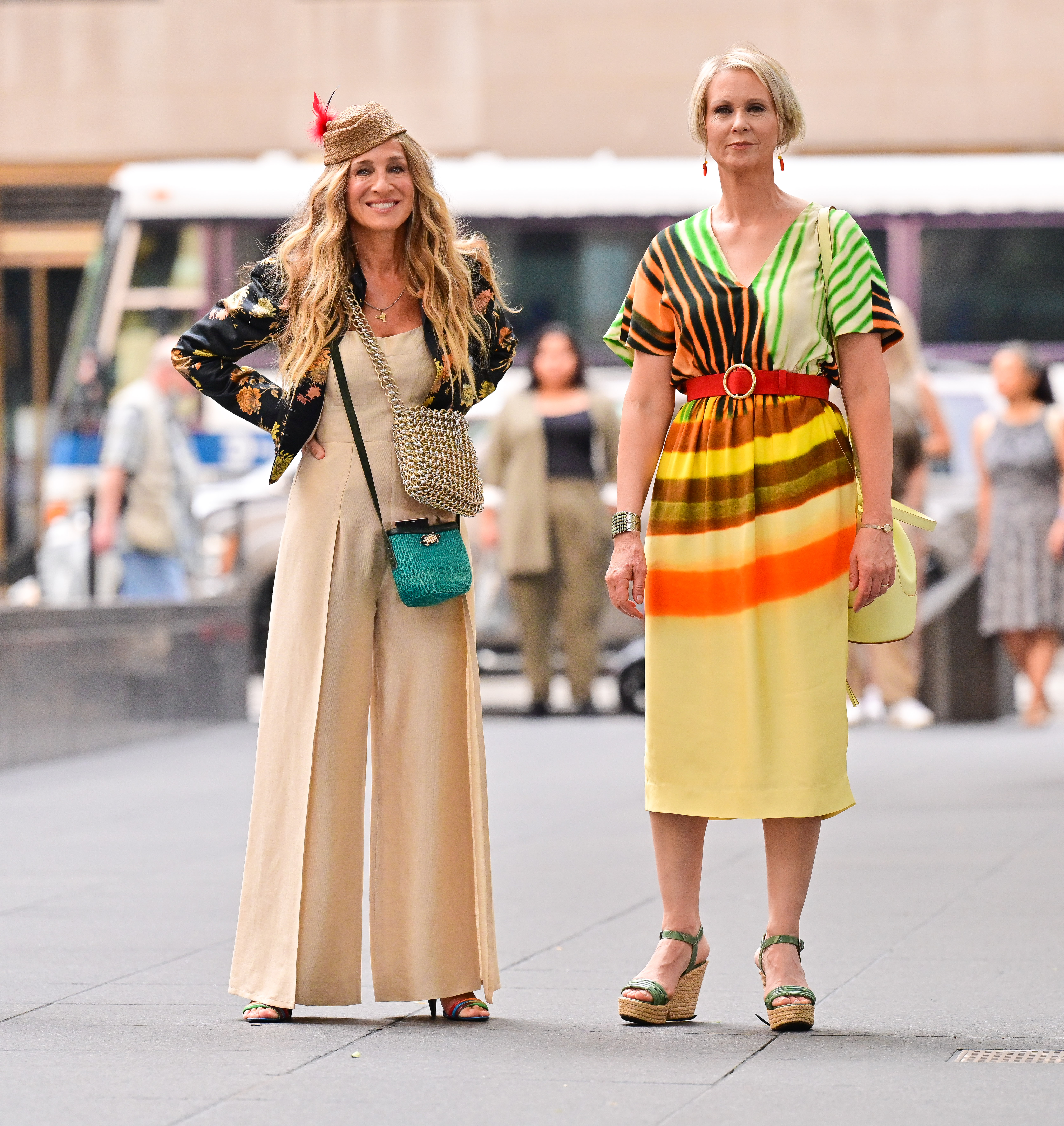