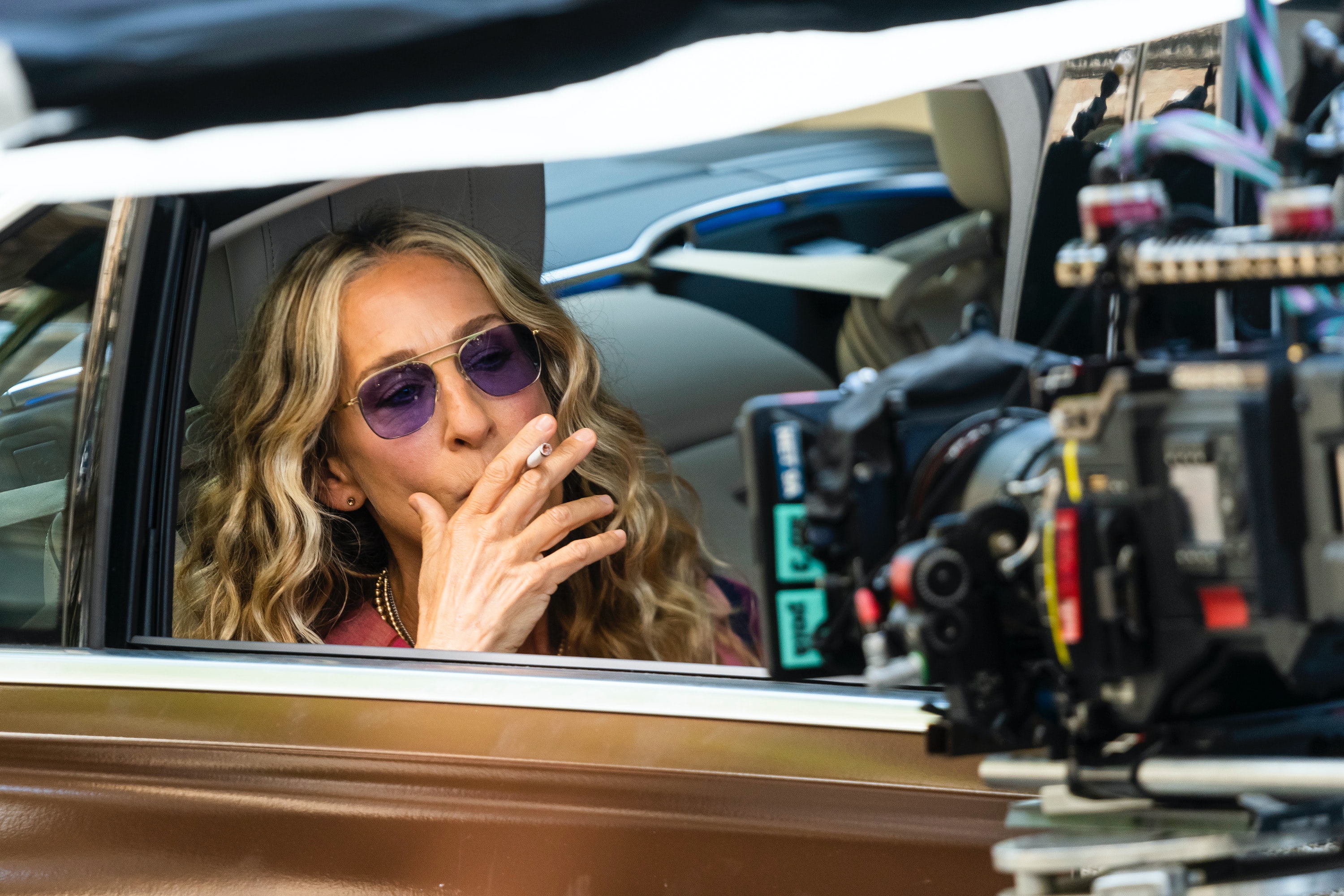 HBO Max hasn’t shared much at all about And Just Like That…, but the network never needed to. The paparazzi have been on it from the moment the Sexy and the City reboot started filming on the streets of New York City. Thanks to them, we know that Carrie Bradshaw has reunited with Mr. Big (Chris Noth). We know that whatever their relationship looks like these days, the sudden reappearance of Natasha (Bridget Moynahan) will further complicate it. We know that another of Carrie’s exes, Aidan (John Corbett) is back. And while that last development seemed surprising at the time, it’s nothing compared to the latest: Carrie, it seems, is back to smoking.

At this point, you may be wondering if it was actually Sarah Jessica Parker smoking between scenes (which would be surprising in and of itself). Given the very official-looking cameras’ proximity to her open car window, though, Carrie definitely seems to be the culprit. Of course, that opens up a whole host of new questions. Why, decades after she quit the habit, would Carrie return to it? Why, in the year 2021, not vape instead? And why, of all times, when Aidan is back in the picture? Is this an act of rebellion?

Sarah Jessica Parker filming And Just Like That… on the Upper East Side of New York City on September 15, 2021.

It’s been quite a few years—19, to be precise—so here’s a quick refresher: Carrie’s nicotine addiction was a major plot point back in Sex and the City seasons 3 and 4. Eventually, Aidan delivers an ultimatum: choose between tobacco or himself. Smoking is, of course, a nasty and at times fatal habit, but Aidan’s manner of encouraging Carrie to quit has since come under scrutiny. “We can understand why Aidan wouldn’t want Carrie smoking around his expensive furniture, but we think it’s fucked up that his love for her is contingent on her ability to conform to his lifestyle,” read a “Why We Don’t Fuck With Aidan” post that made waves in the SATC fanbase in 2018. “Yes, he is allowed to have personal boundaries. But his ultimatum was ultimately passive-aggressive and petty.”

Forget Aidan: Carrie can and should do what she wants. Regardless, her addiction’s resurgence hints that something is afoot beyond her deigning to spend some of her precious time with Big. At the end of the day, our reaction is the same as what would undoubtedly be Carrie’s. The real reason to sound the alarm bells remains when And Just Like That…-era Carrie appeared to be wearing Forever 21.