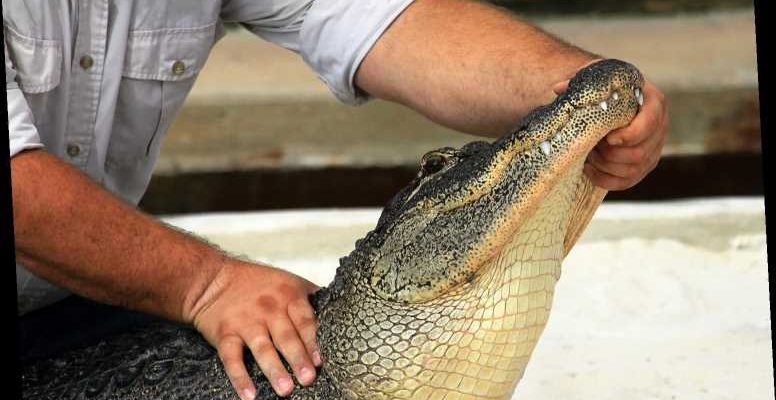 Tourist attractions centered around animals have undergone closer scrutiny over the past several years, especially with media like Tiger King and Blackfish gaining worldwide attention.

"When it comes to wildlife tourism, the public has started to learn that wild animal attractions like elephant rides and tiger petting can be inhumane," Casey Riordan, a graduate of New York University's inaugural Animal Studies program told PEOPLE. "But barely anyone pays attention to animals like alligators that are experiencing inhumane treatment right in our backyards."

After seeing studies about the negative effects of tourist attractions that feature furry mammals, Riordan — who has a soft spot in her heart for reptiles as a bearded dragon mom and former Florida resident — wanted to bring attention to the things alligators endure for the sake of tourism.

To achieve this she, along with Jennifer Jacquet and Becca Franks, decided to study the alligator wrestling attractions that can be found in states like Florida. The results were recently published in the journal PLOS One.

For the study, Riordan and her colleagues watched videos of alligator wrestling performances regularly occurring in America today.

"Originally, my instinct was to go in person to see what these animals are experiencing, but I learned from the beginning of this research that these venues were not going to work with me. I tried reaching out to a few and they wanted nothing to do with me," Riordan said of her efforts to work with these attractions.

"We did this, not only be counting and identifying the harms that we were seeing to gators in the videos, but also by studying the environments they were shown in and analyzing what the wrestlers were saying to audiences during the matches," Riordan explained. "Inherently, we argue there is nothing beneficial to alligator conservation from a wrestling match, but if wrestlers were talking to the audience and offering practical and productive tips on conservation we wanted to study that."

What Riordan and her fellow researchers found were numerous gators being kept in conditions that lacked the elements that the animals needed to thrive. Additionally, many of the gators in the videos were put in positions that are known to cause stress. Videos showed some of the alligators being restrained for several minutes, having their jaws taped shut, and being flipped on their backs — all actions that can lead to a "very stressed" animal.

"Less than half of the wrestlers that we studied actually discussed environmental conservation topics, and even those that did a lot of them were completely false and playing into sensationalized headlines," Riordan said of her research, adding that the alligator wrestlers oftan talked about alligator bites and attacks, instead of helpful, practical info about how to protect the wild animals and safely avoid alligator interactions.

Riordan hopes that her work, and the resulting research paper, encourage animal lovers to think twice about visiting animal-center tourist attractions and that this attention should be paid to all attractions, not just the ones that feature fluffy baby animals.

"We are hoping people do their research and think twice about the wildlife tourism attractions that they support," she said. "If you are going to an alligator tourism attraction just check on how the animals are treated. If something doesn't look right, or if the alligator isn't experiencing life as it would in the wild — if they are being forced to do something that is very unnatural, like being wrestled — definitely avoid that."