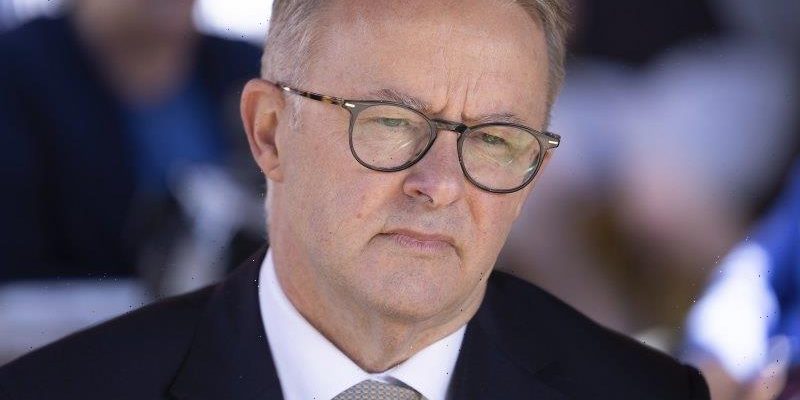 The way Anthony Albanese tried to control the damage from his jobs blunder on Monday said everything about the staggering cost of a stupid mistake.

There was no excuse for not knowing the unemployment rate and the Labor leader knew it.

Scott Morrison knew it, too, and will be campaigning on Tuesday on jobs policy to keep attention on the issue – and the blunder – through to the release of the next employment figures on Thursday.

Albanese and his campaign team moved as fast as they could to explain the mistake after he was asked in Launceston to name the national unemployment rate and had to admit – “sorry, I’m not sure what it is” – that he did not know.

This was not his only fumble on the first full day of the election campaign because he could not name the Reserve Bank’s official cash rate, either.

But being jammed on jobs was especially damaging because the rate, which is 4 per cent and heading lower, is central to the Labor promise to Australians to do something about their wages.

What does it tell voters when a leader can remember a slogan – “everything is going up except your wages” – but not an essential fact in the entire argument?

The cost can be measured in the immediate setback for the Labor campaign, the blow to the leader’s sense of authority and ultimately the risk of losing swinging voters. Albanese tried to control the damage by holding a second doorstop in Launceston where he owned up to the mistake. “I’m human. But when I make a mistake, I’ll fess up to it,” he said. Labor treasury spokesman Jim Chalmers came to his defence, then Albanese did an interview on Sky News to explain himself again and education spokeswoman Tanya Plibersek had to play it all down on the ABC.

“Elections aren’t memory tests,” she said. “They are tests of leadership.”

Josh Frydenberg has been telling Parliament for weeks, with Albanese sitting directly opposite, that the unemployment rate has fallen to 4 per cent. The reminders have been fundamental to the Treasurer’s claim that this will put upward pressure on wages.

The consolation for Albanese is that this happened six weeks from polling day, so he has time to reflect on ancient advice about being ready for battle.

“I am more afraid of our own blunders than of the enemy’s devices,” said Pericles to the Athenians on the eve of war with Sparta.

Albanese was not caught out in an unfair “gotcha” moment. Asking the unemployment rate is a fair question in a campaign about jobs. Liberal partisans were unhappy two months ago when Morrison was asked at the National Press Club to name the price of milk and bread and had to admit he could not say. Labor supporters will be unhappy their leader was caught out as well.

Both leaders have to be on their game. Albanese was not.

Jacqueline Maley cuts through the noise of the federal election campaign with news, views and expert analysis. Sign up to our Australia Votes 2022 newsletter here.