The former NFL player flubbed a key part of his trick during the live "America's Got Talent" results show — plus, one Golden Buzzer act gets the boot!

Last week, we weren’t all that bothered that only two acts were advancing to the “America’s Got Talent” finale because two acts really stood out above and beyond the other nine. This week, we’re looking at four acts we can’t stand to lose.

So we were made going into this results show at the format of the show this season, with this notion of advancing 55 total acts to this semifinals round and then brutally cutting directly down to ten (plus one more Wild Card).

After seeing 22 of these acts, we could easily argue that half (or more) of them could have just been cut before the live shows altogether so we could get more from the acts who will advance. 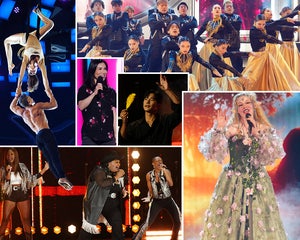 With this format, we’ll have only seen the finalists twice before they hit the stage for their big finale moment. Three performances shouldn’t be enough to win a million dollars, should it? Not to mention the fact that we’d all prefer to see favorites one more time and mediocre acts one less time. How about we fix this for next summer, yeah?

Tonight, Terry explained how the finals Wild Card will work. The judges will each pick an eliminated act from the Top 55 that they want to see in the finals and then toss it to America for a vote. So there’s at least a chance that one of the two deserving acts who get the boot tonight could come back.

Terry pitched this quite a bit this week after not acknowledging it at all last week. And Simon went so far as to defend the harsh cuts in this round, which tells us there’s been some harsh criticism of the format after so many incredible acts took the stage Tuesday night. Or maybe they tuned in for our write-up where we said pretty much the same. 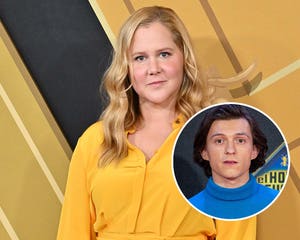 Hey, it’s live TV and sometimes things go wrong on live TV. Of course, when things go wrong for a magician, it’s an absolute disaster as the whole act is about crafting the perfect illusion. His act went wrong because of a bizarre misprint that resulted in both Simon and Heidi having the same number when there shouldn’t have been any dual numbers at all in the box they chose from.

That made it impossible for Jon to have the right jersey number in their respective lockers for his football-themed stunt as he had no repeats. At the same time, we’re impressed that Simon had two numbers and put one back in and Jon still got his right. It was Heidi that was off.

The rest of the trick was great, and Jon is always an uplifting and memorable performer. Usually, “AGT” is pretty quick at getting video up with performances, so maybe the fact that this went wrong is why we don’t yet have video for it. They’re probably trying to clean up the dress rehearsal version as best they can. We shall see. 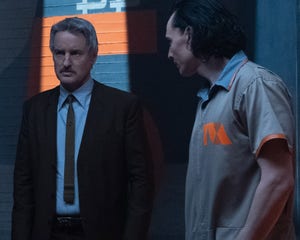 Once again, time is filled by arbitrarily revealing a Top 5 and then a Top 3 when it’s only going to be a Top 2 by the end of the show. We get that Simon made this huge cut at this stage because he felt the live shows were boring (we disagree!), but this is definitely boring.

You’ve got an hour to reveal two names. That’s an opportunity to invite back former “AGT” contestants beyond just one per week. The finale packs them in but even that can’t bring back as many interesting people as we’ve met through the course of this show.

Regardless, for now, we got to send six acts packing while five acts simply get to sit around and sweat a little longer to see which of them really didn’t advance at all … unless you count advancing a few more minutes into this show as some sort of achievement.

Wyn Starks and Duo Rings came forward first, and while both of them were in our personal Top 5, we absolutely could not imagine Wyn advancing after such an incredible aerialist performance like that. And he did not, as Duo Rings scored the first spot in the Top 5. 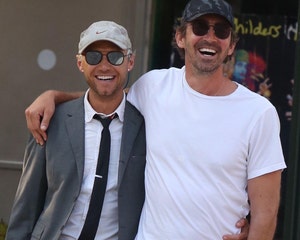 Next up was bad news for Freckled Zelda as she was brought up against Maddie. The singers were both unique, but Howie’s Golden Buzzer definitely has the bigger voice. We had Zelda in the bottom of our rankings, so we weren’t surprised our eighth-place finisher, Maddie, beat her out at this stage.

We actually put The Brown Brothers (6th) above Fusion Japan (7th) in our rankings for the night because we thought the dancers were a little messy at times, but we certainly didn’t think America agreed with that. But it turns out they did as The Brown Brothers were in America’s Top 5. Color us surprised!

Yu Hojin, AIko Tanaka and Mr. Pants were all brought forward together. Two comedians who faltered with the audiences and with their own confidence on stage and one of the strongest and smoothest magic acts we’ve ever seen. We had Aiko in 10th with Mr. Pants in 9th, while Yu was our second-favorite act of the night. Of course, Yu Hojin advanced.

At this point, though, it was clear that one of the four acts we felt certain were deserving would not even make it into this week’s Top 5 as it was down to Chapel Hart and The Pack Drumline. That has to mean The Pack lost out, right? They did go first and maybe it was too frenetic for the voting audience. Either way it went, we considered this a huge upset.

We were definitely upset to say goodbye to The Pack Drumline, but we can’t deny that there’s a magical momentum behind the country music trio, Chapel Hart. They’re something special. 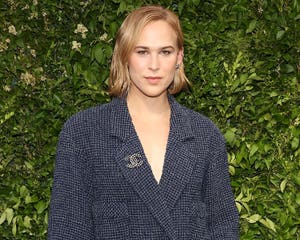 Two more acts were going to have their dreams shattered after an extra fifteen minutes or so of hope, but don’t worry we’re going to drag one along for a few more moments until they get cut at the last moment.

Spared from advancing twice before having the rug ripped out from under them were The Brown Brothers and our favorite act of the week, Duo Rings. We didn’t think enough of America would get with that particular act.

We were hoping they could at least survive this round, but we have to admit we forgot how much America loves kid singers on this show. Sure, Maddie was great in her initial audition, but this follow-up was only just so-so. We’re going to be very unhappy if she makes it into the Top 2 over Yu Hojin or Chapel Hart.

We already have two music-based acts in the finals, so it would be disappointing if Yu Hojin was sent packing and we had three singing acts and a saxophone player so far in the finals. And honestly, Yu put on one of the best magic acts this stage has seen, and one of the best acts of the night.

Maddie has a great voice for her age, but we weren’t sold on her performance. But she’s also another kid with a great singing voice. We’ve seen dozens of those on this show. And we’ve seen nothing like Chapel Hart, a great country music trio that not only has incredible stage presence but are really good songwriters, too.

Could America see past cute kid sing good? We had to wait until the final moments to find out if it was going to be an all-singers type of night as Chapel Hart deservedly picked up that first spot in the finals. We couldn’t be happier for this hard-working trio who deserve a shot to be recognized for their talent and what they represent. 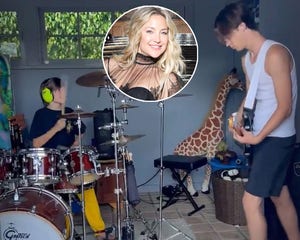 That left Maddie and Yu Hojin, and as the crowd started chanting Maddie (or was that Terry?) we started to sweat. Surely, the home of magic would reward great magic, right? And they did, with Yu Hojin taking that second slot in the finals. We can’t wait to see how he outdoes this performance.

Next week, eleven new acts take to the stage ahead of yet another drawn out elimination that will only see two of them advancing to the live finale. So which acts make up next week’s show?

“America’s Got Talent” airs Tuesdays and Wednesdays at 8 p.m. ET on NBC.