Kneeling in the dark while a fire flickers behind her, a peasant woman (Irena Ristic) pleads for the life of her infant daughter – a tempting morsel for their unwelcome guest, a hideously scarred witch known as Old Maid Maria (Anamaria Marinca). “I’ll bring you other babies! Girls and boys. A whole pile,” she says.

Maria is unpersuaded. But soon enough a bargain is struck, and sealed in blood. The child, Nevena, will remain with her mother until the age of 16, when she will be handed over to be trained as a witch in turn. 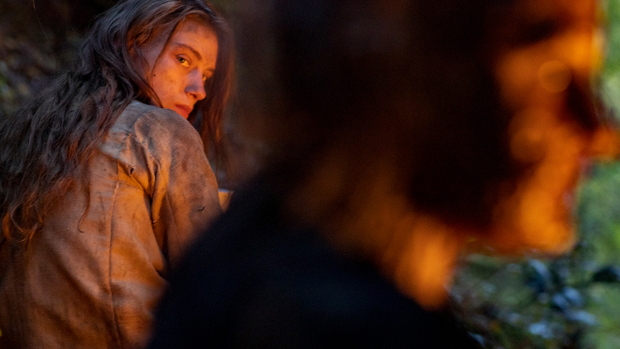 This is a folk-tale opening, and horrific enough. But while the term “folk horror” has been on everyone’s lips of late, it’s not really apt for You Won’t Be Alone, an ambitious, sometimes powerful, often murkily pretentious first feature from Australian writer-director Goran Stolevski, shot in the mountains of Serbia with an international cast.

It’s clear straight away that Stolevski is a talent (his follow-up, the queer youth romance Of An Age, opened this year’s Melbourne International Film Festival). It also feels safe to assume that his future is not as a popular entertainer, which isn’t to say he won’t field offers.

The murkiness extends to the period setting, which according to the official synopsis is 19th-century Macedonia, although without that assistance I might have settled for “once upon a time”.

Realism, obviously, is not the point here, but neither is genre convention. This is less a horror movie than an allegorical fantasy with gory passages, which are passages in an almost literal sense, marking transitions from one stage of the story to the next.

As Maria’s pupil, the teenage Nevena (Sara Klimoska) acquires the gift of shape-shifting, a messy process that involves consuming the entrails of whatever being you wish to resemble. Soon enough she escapes the clutches of her unpleasant mentor, freeing her to spend the rest of the film hopping from one body to the next.

Blood and all, it’s like a series of rebirths, allowing Nevena – or whatever she should now be called – to escape the constraints of patriarchy, switch gender and sometimes species, and be played by a number of actors including Noomi Rapace and Alice Englert, the cast’s two most recognisable names.

It’s not a wholly new idea, but it’s a promising one, and Stolevski is not afraid to go wherever it leads him: the protagonist does, for example, experience sex from both a male and female point of view. But much of this feels under-imagined, too slippery for its own good, as if the society we catch in glimpses were little more than a backdrop for a spiritual journey. 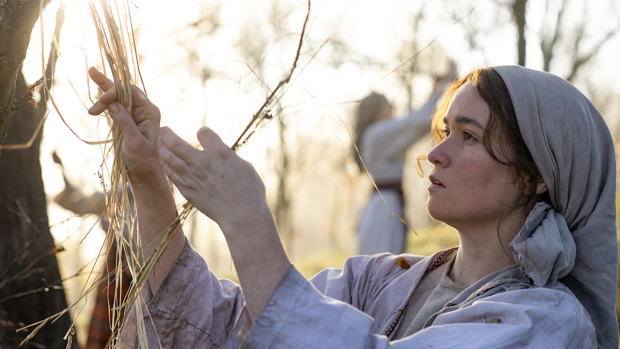 “A whispery voiceover in the manner of Terrence Malick”: You Won’t Be AloneCredit:Madman

Indeed, the tense relationship between Maria and her one-time pupil is almost the only source of real drama. Nearly everything else is impressions knit together by whispery voice-over in the manner of Terrence Malick, subtitled in a manner somewhere between Joycean stream-of-consciousness and Yoda-speak: “I see new rivers spin open inside of me. Whoosh they whoosh in.”

Mark Bradshaw’s score, with its hymn-like piano melodies, reinforces the sense of archaic religiosity – which is curious in some ways, given that Christianity figures overtly mainly as a force directed towards the persecution of witches. 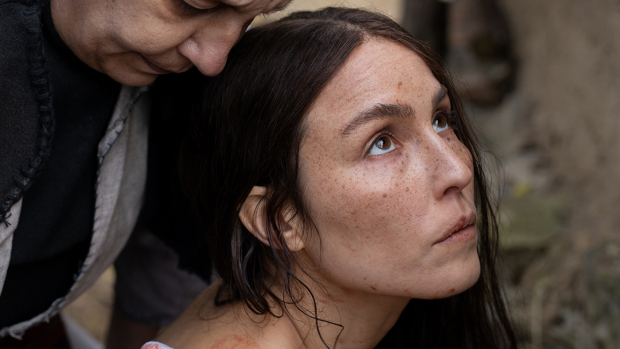 Noomi Rapace in You Won’t Be Alone.Credit:Madman

But it underlines the paradox of a film which is intended in some fashion as a provocation, yet retains a certain softness, even a sentimentality. This is the tale of a seeming innocent whose freedom depends on her capacity for violence – but the implications are never adequately explored.

Instead, we’re left with the notion of a heroine or hero who is everyone and no-one, permanently alienated yet all-embracing. This is, perhaps, a symbol of what it is to be an artist – though I’ll give Stolevski the benefit of the doubt, since the idea somehow makes my skin crawl more than any of the gore.