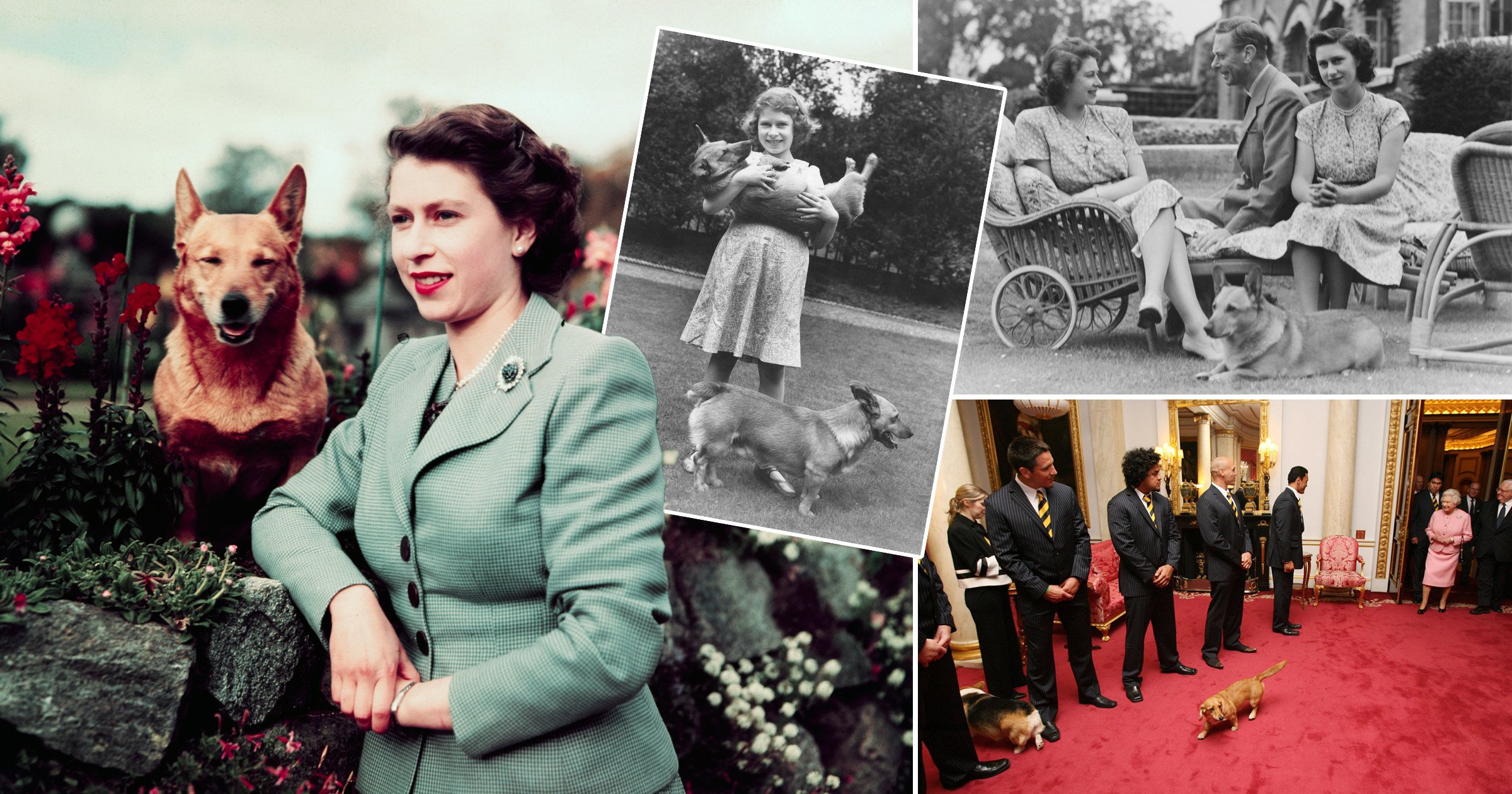 The Queen’s love of her pet corgis is undeniable.

In fact, it’s thought the monarch has owned more than 30 corgis over the course of her 70-year reign.

Her Majesty has been photographed with her many dogs since she was a young girl.

And let’s not forget, she even appeared during the London Olympics opening ceremony with three corgis by her side, alongside Daniel Craig as James Bond.

Royal commentator Richard Fitzwilliams tells Metro.co.uk: ‘If she had not been monarch, she would have been happy as a countrywoman surrounded by her dogs and horses.

‘Her image, carefully cultivated over the decades, is iconic and includes her corgis on whom she has always doted.’

The royal love affair with the breed actually dates back to Queen Elizabeth II’s childhood – when her father, King George VI, brought home the family’s first corgi, a puppy named Dookie in 1933.

Then, on her 18th birthday, the Queen was gifted a corgi named Susan – and a long line of Corgis have since followed suit.

While lots of Queen Elizabeth’s pet names have been traditional – such as Monty, Susan and Holly, to Emma, Linnet, Noble, Willow and Heather – there have been a number of wildcards, too.

‘She has a great love of animals, being one of the world’s equine experts and is also credited with the creation of the dorgi – a cross between a corgi and a dachshund,’ adds royal expert Richard.

The monarch’s passion for her pets shines through and is even reflected in their incredibly lavish Buckingham Palace lifestyle.

Insiders say the dogs have their own base in the Palace, referred to as ‘the corgi room’ where they sleep in elevated baskets to avoid the draft.

It’s thought the Queen walks her pets twice a day – once after they have their lunch and another later on around the Grounds of Buckingham Palace.

They are served fresh food for their dinner, prepared by staff in the Buckingham Palace kitchen.

Richard adds: ‘They reportedly also get their own Christmas stockings too.

‘It has been claimed that the corgis can be temperamental, but the Queen has had over 30 of them and they have a very special place in her heart.’

A few years ago, the Queen was left heartbroken when one of her beloved dogs, Vulcan, passed away of ‘old age’ at Windsor Castle.

But last year, the monarch was gifted two corgi puppies to help her cope with Prince Phillip’s illness. Sadly one passed away just a month later – leaving the Queen incredibly upset.

The two remaining dogs are older canine Candy and the other corgi puppy called Muick.

Below are some snaps of her beloved pets over the years:

Taking place from Thursday, June 2, to Sunday, June 5, the celebrations mark Her Majesty’s record-breaking 70th year on the throne.

Across the UK, there will be street parties, concerts, and other special events attended by the Queen and senior members of the Royal Family.