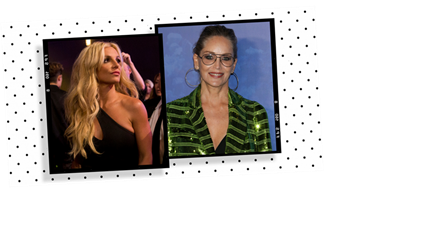 Sharon Stone’s story about Britney Spears tells us so much about what it’s like to be a young woman in the media spotlight.

Just last week, Britney Spears named Sharon Stone – alongside Miley Cyrus and Sarah Jessica Parker – as one of the women who has inspired her the most.

It makes sense, then, that Stone was asked about the social media shout-out during a recent appearance on The Kelly Clarkson Show.

Explaining that Spears reached out to her for help sometime around 2007, the Basic Instinct actor said: “Britney wrote to me a very long and important, poignant letter during a very difficult time in her life – about the time when people would recognise her for when she shaved her head – wanting me to help her.

“I was in a very difficult time of my life and I couldn’t help myself. The truth of the matter is, we both needed help. She needed help and I needed help.”

While Stone didn’t say whether or not she and Spears have connected since, she added that she has found herself relating to the singer more and more – especially in the wake of Spears’ fight to have her father removed from his role as conservator of her reported $60 million estate.

“It’s very hard to be a very successful woman and not have anyone control you, taking your finances and handling you,” Stone noted.

“Women, and, I’m sure, all of the young stars, get handled. There is a huge breaking point and there is a point where you get broken.”

Stone’s comments paint a bleak, but sadly unsurprising, view of what it is to be a young woman in the spotlight. To be bullied by those you work for, belittled by those who work for you, and berated by the world’s media.

Indeed, in her new memoir, The Beauty of Living Twice (which was released on 30 March), the actor has addressed some of the hardest moments from her own Hollywood career – including a shocking revelation about that now infamous scene from her 1993 movie, Basic Instinct, where cameras filmed up her skirt.

Stating that she was “tricked” into removing her underwear for the scene, Stone notes that she saw the scene in a room full of “agents and lawyers,” who mostly had nothing to do with the movie.

“That was how I saw my vagina shot for the first time,” the actor recalled. “Long after I’d been told, ‘We can’t see anything, I just need you to remove your panties, as the white is reflecting the light, so we know you have panties on.’”

Stories like this are far too numerous, and they are relentlessly awful. But, with so many women like Stone now coming forward to address the sad realities of fame – including Meghan Markle, Jameela Jamil, and Sienna Miller – we can only hope that things will slowly begin to change.

Until then, it’s up to all of us to help foster a kinder environment, and call out bullying whenever we see it. Because until we do, the #BeKind movement will just be this thing that happens online every once in a while. And that just isn’t good enough.