THE FATE OF THE FURIOUS (2017) 7 p.m. on FX. “Look out! Watch those people!” That line is yelled midway through this movie by the actress Nathalie Emmanuel. At the time, her character — a hacktivist named Ramsey — is careening through the New York City air in the passenger seat of a Mercedes-Benz that has been equipped to shoot harpoon-like projectiles. So the line rings out as somewhat unexpectedly conscientious. The chase, which includes Dwayne Johnson plowing through fallen scaffolding in a beefed-up pickup and culminates with a circle of vehicles firing their harpoon-things into a muscle car driven by Vin Diesel, also encapsulates the way this series taken the gas-guzzling action it introduced nearly two decades ago and, with each iteration, pushed matters even further over the top. “As the cars zig and the story line zags, these sequences grow baroque, defying reason and gravity, which have progressively come under siege in this franchise,” Manohla Dargis wrote in her review of this most recent movie in the series for The New York Times. ” To chart out that increasing aversion to the laws of physics yourself (or to prepare for the spinoff, “Fast & Furious Presents: Hobbs & Shaw,” out this weekend), see also FAST & FURIOUS (2009) and FAST FIVE (2011), airing at 6 p.m. and 8 p.m. on Syfy. 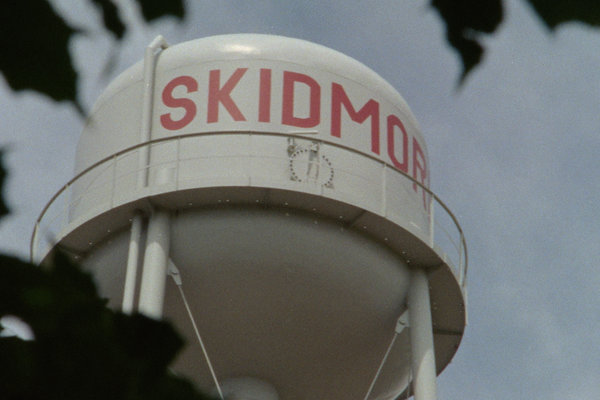 NO ONE SAW A THING 11 p.m. on SundanceTV. Ken Rex McElroy had developed a reputation as a brutal and dangerous town bully by July 10, 1981, when he was shot and killed in broad daylight in front dozens of residents in Skidmore, Mo. Every witness, except for McElroy’s wife, said that they didn’t see who was responsible — a show of solidarity with the killer that resulted in nobody getting charged with the murder. This mini-series looks back at the case, which remains unsolved.

DOWN IN THE DELTA (1998) Stream on Hulu and Vudu; Rent on Amazon, Google Play, iTunes, Vudu and YouTube. A young mother (Alfre Woodard) is sent by her mother (Mary Alice) from their Chicago home to the Mississippi Delta in this, the poet Maya Angelou’s lone foray into feature film directing. “‘Down in the Delta’ may be an impossible dream, a cinematic Hallmark card of familial togetherness,” Stephen Holden wrote in his review for The Times. “But the vision it offers is still a dream worth dreaming.”

JACKIE BROWN (1997) Stream on Netflix; Rent on Amazon, Google Play, iTunes, Vudu and YouTube. Quentin Tarantino’s follow up to “Pulp Fiction” stars Pam Grier as a money-smuggling flight attendant whose life gets complicated after she’s caught by the government. In her review for The Times, Janet Maslin wrote that “for all its enthusiasm, this film isn’t sharp enough to afford all the time it wastes on small talk, long drives, trips to the mall and favorite songs played on car radios.” But Tarantino devotees may view those elements as virtues.