A documentary about racial reparations in the United States airs on PBS. And NBC reboots the 1980s and ’90s sitcom “Night Court.” 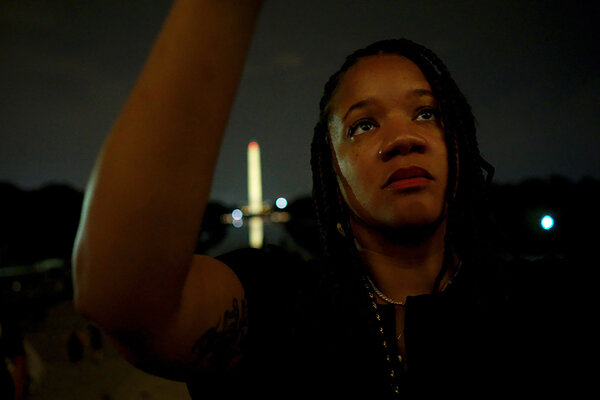 Between network, cable and streaming, the modern television landscape is a vast one. Here are some of the shows, specials and movies coming to TV this week, Jan. 16-22. Details and times are subject to change.

INDEPENDENT LENS: THE BIG PAYBACK (2023) 10 p.m. on PBS (check local listings). In 2021, Evanston, Ill., became the first American city to approve a compensation program intended to address historical racism and discrimination, a significant step for proponents of racial reparations, an issue that has long been frozen by political concerns. This documentary looks at how the measure passed, paying particular attention to a former alderman, Robin Rue Simmons, who was a primary architect of it, and to its place in the context of the larger conversations about race in the country.

JUDAS AND THE BLACK MESSIAH (2021) 9:30 p.m. on TNT. Daniel Kaluuya won an Oscar for his portrayal of Fred Hampton, the Illinois Black Panther Party leader who was killed in an infamous 1969 police raid, in this drama. Directed by Shaka King, the film is told from the perspective of William O’Neal (Lakeith Stanfield), an informant who helped the F.B.I. orchestrate Hampton’s killing. The result is a “tense, methodical historical drama,” A.O. Scott said in his review for The New York Times. “The script,” Scott wrote, “by King and Will Berson, is layered with ethical snares and ideological paradoxes, and while King’s fast-paced direction doesn’t spare the suspense, it also makes room for sorrow, anger and even a measure of exhilaration.”

NIGHT COURT 8 p.m. on NBC. Melissa Rauch (“The Big Bang Theory”) picks up the gavel once held by the actor Harry Anderson in this reboot of “Night Court,” the 1980s and early ’90s NBC sitcom that followed a young judge, Harry Stone (Anderson), working the night shift in a Manhattan municipal court. The new version of the show casts Rauch as Stone’s daughter, Abby, who lands in her father’s old gig (the latest example of a nepo baby?) and has to contend with a cast of bizarro characters. One of them is Dan Fielding, a now-former prosecutor played by John Larroquette, reprising his role from the original series.