THE AMAZING JOHNATHAN DOCUMENTARY Stream on Hulu. At its finest, magic is a mixture of truth and illusion. John Szeles, better known by his stage name The Amazing Johnathan, walked the fine line between the two during his long performance residency in Las Vegas that began in the 1980s. Then, in 2014, he learned he had a terminal heart condition and only a year to live. It seemed his career was about to be abruptly cut short — or was it? Ben Berman, directing his first documentary, follows the quirky illusionist as he tries a to go on tour. The film provides as much heart as it does mystery in the search for what is really behind Szeles’s story, and weaves a twisted path in which the magician drops one bombshell after another, from serial drug use to a possible revelation about the reality of his diagnosis. Even when it comes to magic, the truth may just be stranger than fiction. 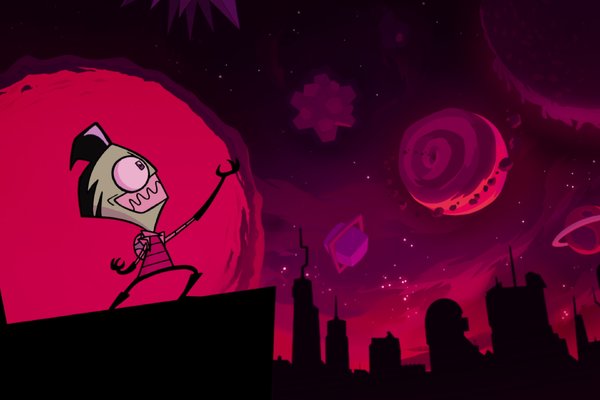 INVADER ZIM: ENTER THE FLORPUS Stream on Netflix. Those with fond childhood memories of early 2000s cartoons are in luck: “Invader Zim,” which amassed a cult following when the show first premiered on Nickelodeon in 2001, is back — this time as a film on Netflix. The series, created by the comic book author Jhonen Vasquez, is about an alien named Zim whose mission to take over Earth repeatedly results in misadventure and failure. The film also centers on Zim’s hapless attempts at planetary conquest, but his longtime nemesis Professor Membrane is determined to thwart his plans once again — if Zim doesn’t manage to do that himself first.

JOJO’S FOLLOW YOUR D.R.E.A.M. 8 p.m. on Nickelodeon USA. JoJo Siwa, a YouTube personality and former reality star on Lifetime’s “Dance Moms,” has taken Generation Z by storm — and sparkles. The performer embarked on an international tour, “D.R.E.A.M. the Tour,” in May; this Nickelodeon special documents her journey, with looks inside rehearsals and backstage at her shows, as well as at her time on the road, during which she mostly lived on a glittery tour bus. While the unabashed peppiness of the superstar may baffle older generations, JoJo’s millions of followers on various social media platforms, consumer-product empire and sold-out concerts are reason enough to believe she is just getting started.

A SUMMER ROMANCE 9 p.m. on The Hallmark Channel. No, it’s not Christmas, but that doesn’t mean it’s not a good time for another original romance film from The Hallmark Channel. In “A Summer Romance,” Samantha Walker (Erin Krakow), owner of her family’s ranch, has a difficult choice: sell her family’s legacy, or risk foreclosure. To make matters more complicated, Richard Belmont (Ryan Paevey), a real estate developer, arrives at the ranch to buy it, but his plans for the property might cause it to lose some of its charm. As romance blooms, the impending sale could undermine everything.