SATURDAY NIGHT LIVE 11:30 p.m. on NBC. This sketch comedy show kicks off its 45th season with the actor Woody Harrelson as its host, and the singer Billie Eilish as the musical guest, as well as a few new cast members. Following the departure of Leslie Jones, the show made headlines for hiring its first Chinese-American cast member, Bowen Yang, as well as the comedians Chloe Fineman and Shane Gillis. Four days later, a spokesperson for “S.N.L.” announced that Gillis would not be joining the show, after video clips and podcast interviews surfaced of the comedian using a racial slur and offensive language. 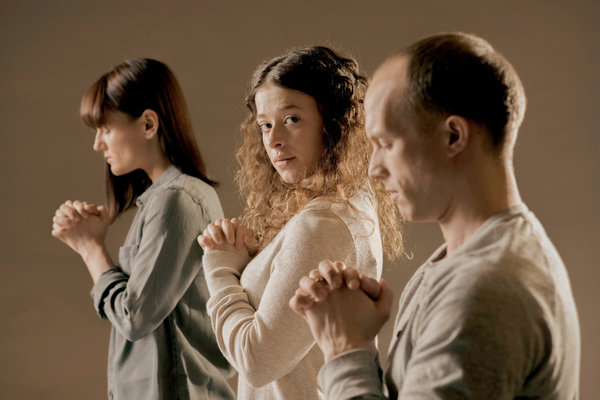 TRAPPED: THE ALEX COOPER STORY 8 p.m. on Lifetime. Like the recent films “The Miseducation of Cameron Post,” and “Boy Erased,” this made-for-TV movie explores an experience an estimated 700,000 American adults have undergone — gay conversion therapy. It follows the story of Alex Cooper, a teenager who was raised in a Mormon household in Southern California, who is taken to a gay conversion therapy program at a home in Utah after coming out to her parents. In Cooper’s memoir, “Saving Alex,” upon which the film is based, she says she was held against her will for eight months, was subjected to physical and emotional abuse and forced to wear a backpack filled with rocks. She wrote that she even attempted suicide before she escaped. The film stars Addison Holley in the title role.

MIDSOMER MURDERS Stream on Acorn TV, Britbox, iTunes, Google Play, Netflix and YouTube. The crime rate in the fictional English county of Midsomer is apparently so astronomically high, it has kept its local detectives gainfully employed across this show’s 20 seasons (and counting). This whodunit detective drama, which first aired in 1997, follows Detective Chief Inspector Tom Barnaby (John Nettles) and later his cousin John Barnaby (Neil Dudgeon), as they investigate bizarre murders across the picturesque English countryside. The series has seen victims pelted to death by vintage wine bottles, crushed by a giant round of cheese and even burst into flame via sinister science experiment. The killers’ motives often expose deep-seated jealousy, greed or the need for revenge that plague residents of the show’s seemingly quiet villages. With 122 episodes that run 90 to 100 minutes long, this series is perfect for a campy murder mystery binge, especially with Halloween right around the corner.

SNEAKER HUSTLE 6 p.m. on Facebook Watch. At age 16, Chase Reed made Forbes’s 30 Under 30 list after opening Sneaker Pawn, a store in Harlem where customers could buy, sell and trade rare pairs of shoes. Now 20, Reed works with his father, Troy, and his sister, Alexis, to run and expand his sneaker empire and customize shoes for celebrity clients. In the second season premiere of this web series, Reed prepares to open a bigger store, and the comedian Fatboy SSE stops by to find some footwear fit for the red carpet.