Steven Parrino, an exemplar of punk nihilism in music and art, died at 46, on New Year’s Day, 2005, when his motorcycle crashed. “Paintings & Drawings” is only his second solo show in New York since his death. The first was at Gagosian in 2007. Now Skarstedt has taken over Mr. Parrino’s ascent toward blue-chipdom. The show inaugurates the gallery’s elevation to the elegant townhouse that once housed the Wildenstein gallery.

Studiously inert, conceptually obvious and starkly ungiving, Mr. Parrino’s end-of-painting paintings will probably never look as good as they do in this building, with its marble entrance hall, double-height ceilings and traditional molding.

The paintings consist mainly of alternately bright or dark monochrome canvases that have been partly pulled off their stretchers, twisted, rumpled and ruched. They might have been inspired by the thought, “What would Frank Stella do if he were 20 years younger and obsessed with punk music?” A kind of deconstructed formalism that is not without erotic frisson seems to be the answer. Also on view is a series of collages involving found photographs of human bodies, dead and alive — Andy Warhol’s scarred torso, large-breasted women, murder scenes both real and cinematic. The collages magnify the violence in the paintings’ dishevelment. It is hard not to see many of them as women that have been undressed, and not nicely. ROBERTA SMITH 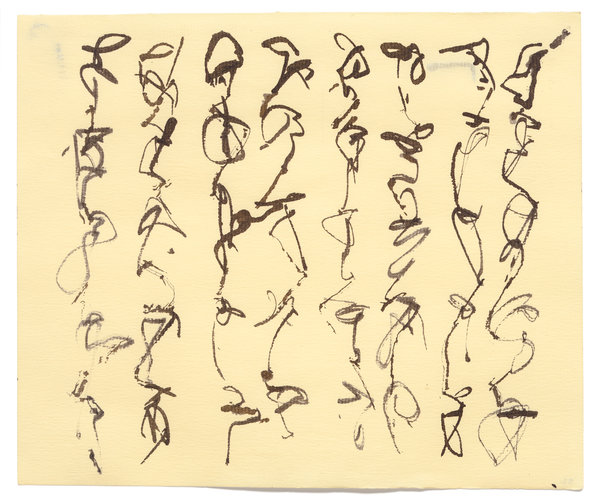 One of the most sagacious shows of the summer is in a modest but handsome shack designed by the architect Steven Holl, about two hours from Manhattan. In the mid-1980s, the abstract painter Brice Marden veered from his early monochromes and grids to calligraphic circuits, inspired by his reading of the hermetic Tang Dynasty poet Hanshan, or Cold Mountain. The 35 “Cold Mountain Studies” here, black ink drawings made with an extra-long brush, feature lines and curlicues that dribble from the top of the paper to the bottom, like Chinese characters, yet their stark reticulations do not imitate calligraphy as such. Calligraphy serves instead as the genesis of Mr. Marden’s abstractions, which deform and reform in rhythmic, liquid tangles, often overlaid with white gouache that acts as erasure and emendation at once.

Chinese poetry, for Mr. Marden, became the passage through which, with astounding elegance, he could reconcile the expressiveness of gestural drawing with the rigors of the modernist grid. Finding that passage meant leaving safer shores, and learning from another artist (a poet, in this case) from a distant place and time. I’d therefore recommend this show particularly to young painters, some lately petrified about the rules of engagement with the art of other cultures. Mr. Marden can teach them that being an artist means learning from everything, even from what you don’t fully understand.

Browsing the drawings and other works on paper in Neo Rauch’s “Aus dem Boden/From the Floor” at the Drawing Center feels like flipping through a newspaper in a language closely related to, but not mutually intelligible with, your own. Once they’re framed in an exhibition, of course, they become finished pieces, but this German painter doesn’t necessarily make them with that in mind. They’re not specific studies, either; instead, he produces them as a kind of warm-up for painting, often throwing them to the studio floor when they’re done.

But Mr. Rauch renders, say, two men with palm trees growing out of their heads, or a durian-shaped bomb falling on a house, with almost neurotic precision. Together with the drawings’ elegantly askew composition, this sets up a tantalizing sense of specific messages or meanings hovering permanently just out of reach.

In a 1995 group of felt-tip-pen drawings, the unbridgeable contrast between black ink and white paper amplifies this dissonance till you can almost hear it buzzing. In a large oil like “Die Erwartung,” in which a horned artist meditates over a bowl of fruit, the same sense thickens into the narrow, firmly anchored feeling of closely observed detail, making for a portrait not quite of real life, but of the tonal quality of reality. WILL HEINRICH

Digital technology is becoming — or will soon become — embedded in everything from clothing to medicines, food and the human body. With this in mind, “Non-Stick Nostalgia: Y2K Retrofuturism in Contemporary Jewelry” at the Museum of Arts and Design, with its oblique, time-bending title, offers a preview of worlds to come as they have been imagined over the last two decades, one in which technology will be merged with our bodies.

The entry point to this show of 29 artists is through the year 2000, when concerns about Y2K predicted a technological catastrophe of science fiction proportions. The jewelry here often conjures a similar situation: cyborgs and futuristic items cobbled with computer parts, laser disc shards, liquid crystal sensors or holograms. Other methods for creating jewelry include 3D-printing, molding resin and working with biodegradable plastic derived from vegetable products.

In Simon Marsiglia’s video compilation of jewelry from 2016 to 2018, people wear outré adornments that look more like phone headsets or odd facial spores, while Darja Popolitova’s 2017 video, “Hybrid Operandi,” shows a hand clicking and swiping on jewelry rather than on a smartphone. Though simple and tongue-and-cheek, Ms. Popolitova’s work is a potent reminder that our gestures, as well as our closest accessories, have been profoundly affected by technology. 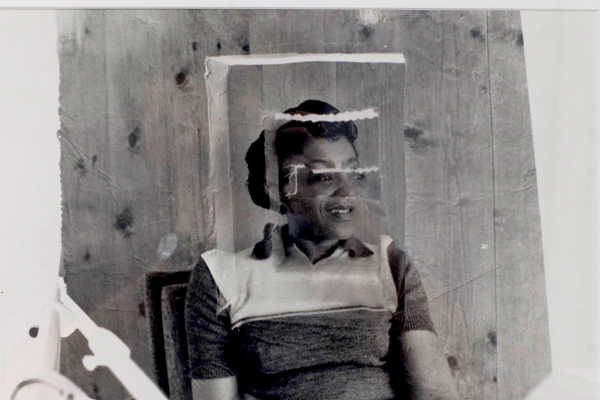 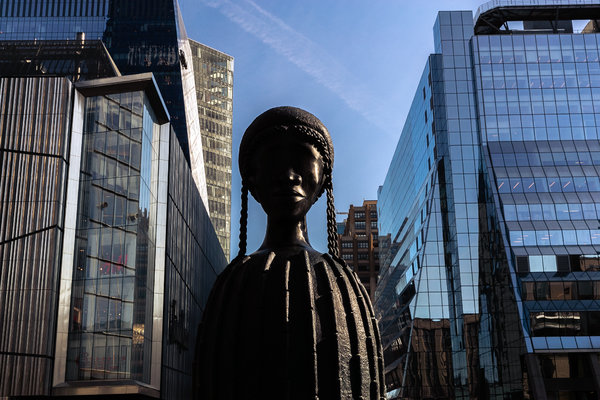