In the pandemic, rather than feeling depressed that the arrival of cold weather will mean you’ll be isolated indoors, try adopting a positive winter mind-set. 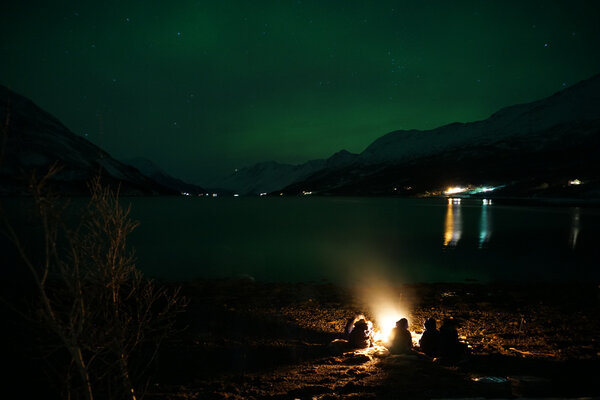 This winter, indoor dining, bars, movie theaters and many other indoor gatherings are likely to be ill-advised, if not prohibited. If we can’t gather safely indoors, where the cold and dark of winter usually drive us, what will we do? For inspiration, we can look to Scandinavia, where people live with some of the darkest, longest winters and yet are consistently ranked as the happiest people in the world. How do they do it, and what can we learn from them?

I’m a psychologist who moved to the Arctic a few years ago to answer these questions. As part of a United States-Norway Fulbright research grant, I went to the world’s northernmost university in Tromso, Norway — over 200 miles north of the Arctic Circle — to see how people thrived during the long winters.

In Tromso, the sun doesn’t rise at all for two months. They get, at most, a few hours of indirect light a day from the end of November to the end of January. Yet the residents of Tromso have low rates of seasonal depression. One reason, I learned, is that they tend to have a “positive wintertime mind-set.”

People there see the winter as a special time of year full of opportunities for enjoyment and fulfillment, rather than a limiting time of year to dread. In fact, my research found that this positive wintertime mind-set was associated with well-being, including greater life satisfaction and more positive emotions.

In the pandemic, rather than feeling depressed that the arrival of cold weather will mean that you’ll be isolated indoors, apart from friends and family, we can take lessons from Scandinavians about how to continue getting together outdoors.