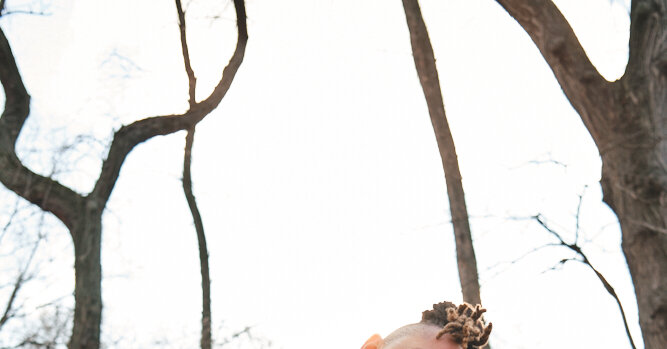 A boy alone in his room imagines sailing the seas in a paper boat. It could be a moment from Maurice Sendak’s classic “Where the Wild Things Are.” Except this boy is 14, and his room is a cell in a juvenile detention facility.

The scene is from “Wild: Act 1,” a new dance film by the choreographer Jeremy McQueen. An installment in a larger project, the 50-minute film (available through April 4 on McQueen’s website, blackirisproject.org) seeks to give voice to the experiences of young men caught in the criminal justice system.

The project was in fact inspired by Sendak’s book and its fantasizing protagonist, Max. “It’s a favorite of mine,” McQueen said in an interview. “I love how even though Max is in his bedroom, sent there for being a terror, he’s able to use his imagination and think beyond his walls and his circumstances to create a world for himself where he’s valued.”

McQueen, 34, said that the book reminded him of his own childhood in San Diego. When his mother took him to a touring production of “The Phantom of the Opera,” everything about it gave him “a chilling feeling,” he said. “I wanted more of it.” So he started taking performing arts classes — a Black male teacher introduced him to ballet — and he would lock himself in his bedroom for hours, playing cast albums and imagining himself as a choreographer. 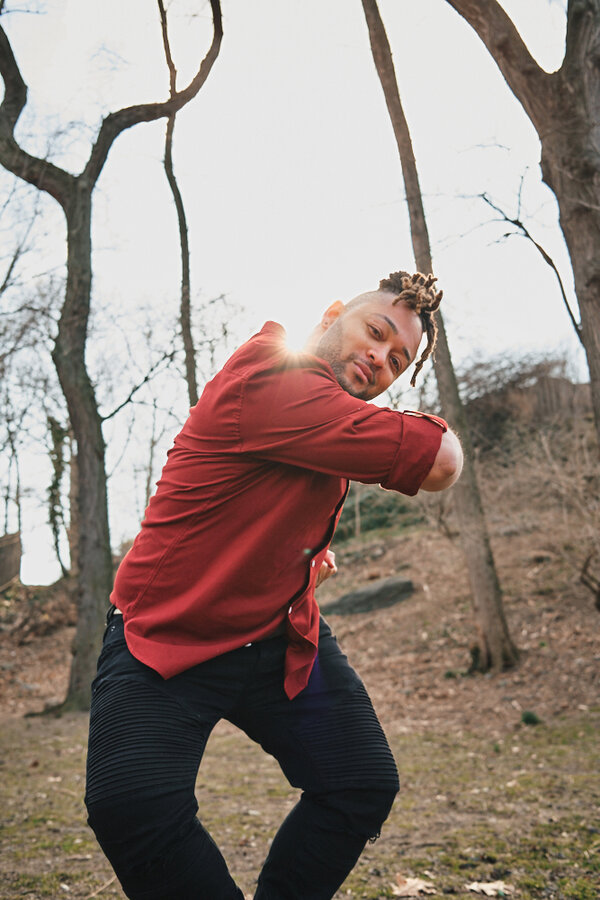 For “Wild,” though, McQueen had a different kind of room in mind. While visiting the Equal Justice Institute in Montgomery, Ala., he got that chilling feeling again when he came upon a photograph by Richard Ross of a Black boy in juvenile detention. In the photo, the boy stares at the concrete walls of his cell, which are covered in writing and drawings left by previous inhabitants.

“I thought of the number of young people who had lived in that room and contributed to those walls and what it means for him to want to break free,” McQueen said.

He had already been thinking about “Where the Wild Things Are” for a work that Nashville Ballet had commissioned him to make. The Ross photo focused the idea. But the pandemic put the project on hold.

With the filmmaker Colton Williams, McQueen had already converted one of his dances, “A Mother’s Rite,” about a mother whose son is killed by a white police officer, into a film. (It was nominated for an Emmy Award.) If theaters were closed for performances, why not start “Wild” as a film?

“I’m always trying to find ways to bring new people to the arts,” McQueen said, “especially Black and brown audiences that may not have access or exposure to the arts or ballet. That’s the core of my mission.”

McQueen has pursued that mission since at least 2016, when he founded the Black Iris Project, a New York-based ballet collaborative of mostly Black artists telling Black stories. This project, too, has its origins in McQueen’s response to a work of art — Georgia O’Keeffe’s “Black Iris,” which gave him the chilling feeling when he happened upon it at the Metropolitan Museum of Art.

That was in 2012, when he was applying for the Joffrey Ballet’s choreographer of color award. He channeled his feelings about the painting — and about his mother’s breast cancer — into a ballet called “Black Iris,” about the strength of Black women.

The Joffrey Studio Company performed the work, but McQueen said he felt that too many of his choices were questioned. More generally, he said he believed that his voice wasn’t being truly heard or valued by the broader ballet world, and he stayed away from that world for a while.

But while teaching ballet in New York City public schools as part of American Ballet Theater’s outreach programs, he found that Black youth who were resistant to ballet could connect with it — if he used the right music and stories they could relate to.

“I love the magic of ballet and the language of ballet,” he said, “but I don’t love not being able to see my stories told.” So he founded Black Iris.

“Instead of waiting for someone to give me a seat at the table, I decided to build my own table,” he said. “It’s a vision of Black creatives telling our stories, our way, without being censored, and sharing those voices directly with our communities.”

“Wild” is part of that vision. “My mission is not to educate white people about the Black experience,” McQueen said. “My mission is to give young Black and brown people the opportunity to see their lives as art and the encouragement to dream bigger.”

Originally, McQueen hoped to develop “Wild” in detention centers, working directly with incarcerated young people. The project is supported in part by a Soros Justice Fellowship, given by the Open Society Foundation for projects that advance reform in the criminal justice system. McQueen is the first choreographer to be awarded one.

After it became clear that filming in detention centers during the pandemic wouldn’t be possible, McQueen and Williams came up with the idea of representing the cell with a three-walled set inhabited by an adult dancer, Elijah Lancaster. At times, the walls look like concrete but they also fill with images of other young men in detention — personifying the wall markings in the Ross photograph — or with the boy’s fantasies.

Dancing expansively, Lancaster, a member of Ailey II, barely fits in the space. The images on the walls suggest a world beyond it. Sometimes, we hear words (taken from Ross’s book “Juvie Talk”) of young men in juvenile detention. We see photos of these men but also films of Black dancers from across the country responding to those stories in movement.

For Lancaster, 24, researching his part was an education. “Some of these kids were just in the wrong place at the wrong time,” he said. “So much injustice. That’s why this project needs to happen.”

Filming during a pandemic wasn’t easy, but the hardest part of making “Wild” was living up to the responsibility of telling real people’s stories though art. “You want to get it right,” McQueen said.

McQueen said he felt this pressure especially in his decision to address sexual abuse. “Wild” may have been inspired by a children’s book, but it includes corrections officers more menacing than Sendak’s monsters. One sexually assaults Lancaster’s character. The scene isn’t graphic, but it’s clear what is happening. The episode reflects many that McQueen discovered in his research.

“Can I do this?” McQueen recalled asking himself. He decided that he had to. “I can’t omit parts of the story to please other people,” he said.

For McQueen, this struggle against self-censorship is a residue of how he feels ballet companies have controlled and limited him in the past. “They want a censored and filtered version that meets their aesthetic and their idea of what Blackness is,” he said.

Working outside of those companies — handling all the fund-raising and logistics alone — is challenging. “I don’t think people really understand how hard it is,” McQueen said.

In “Wild,” though, he can express everything he wants and in the dance language that he loves. When the boy imagines sailing the seas in that paper boat, he balances on top of his bed like a ballet dancer.